A Look Inside at Rachel Zoe’s Grove Pop-Up

The stylist and designer was on hand as the finishing touches were made ahead of the store’s Wednesday opening to the public. 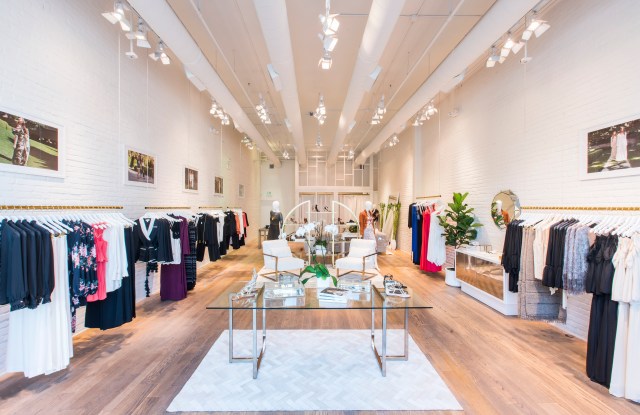 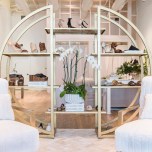 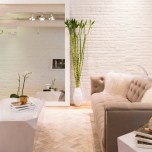 The evolution of Rachel Zoe’s empire takes its next steps with brick-and-mortar Wednesday when the stylist and designer opens her first store in Los Angeles.

Zoe was on hand today as the finishing touches were made on the 1,500-square-foot space, which greets visitors with an airy, serene setting in which they’ll be able to shop ready-to-wear, jewelry and shoes from her spring collection, ranging in price from $75 to $1,795. The store, which debuts alongside the launch of an e-commerce site, will remain open through March 31.

That she chose Caruso Affiliated’s The Grove seemed an easy choice when discussions first began about a year ago to open a store, she said.

“I felt like The Grove was a great place to start because so many people in my life spend such extended periods of time at The Grove all the time and, ultimately, I want to be part of people’s lifestyle,” Zoe told WWD.

The shopping center, which attracts a healthy dose of locals and tourists, is also home to Diane von Furstenberg, Coach, Anthropologie and this summer will see the opening of Elizabeth and James.

The store will serve as the litmus test for future pop-ups, of which Zoe said there are others planned and a longer-term strategy that would include permanent doors in key markets.

“I’d really like to [have permanent stores],” Zoe said as she thumbed through minidresses, jackets and other items from the collection in suedes and leathers she favors. “I’m definitely one of those people that likes to baby-step into it first and see how it goes and then make a permanent decision after that.”

Brick-and-mortar will be a key player in the growth of Zoe’s brand, especially as the broader industry reflects on speed-to-market and the concept of buy-now-wear-now.

“I want to service the customer the best way that I can so I’ve found that my customer really is buy now, wear now a lot of the time so, ultimately, I want to be able to provide that,” Zoe said. “It’s funny because we’re in L.A. and it’s 80 degrees and we already have spring out. So this is actually buy-now-wear-now. But, in a lot of places, there are blizzards currently.”

The creation of the store is another expression — much like the Rachel Zoe e-commerce site — of the brand and something Zoe has direct control over, she added.

“I do think brick-and-mortar is really important for the message of the brand,” Zoe said. “And I think for me that’s why it’s a dream come true because I’ve always wanted to put out the feeling of my collection in my own way and you can’t really do that unless you have your own e-commerce and you have your own stores.”