Details have emerged on the identity-theft ring that authorities said used stolen information and bought about $400,000 in merchandise at Saks Fifth Avenue. 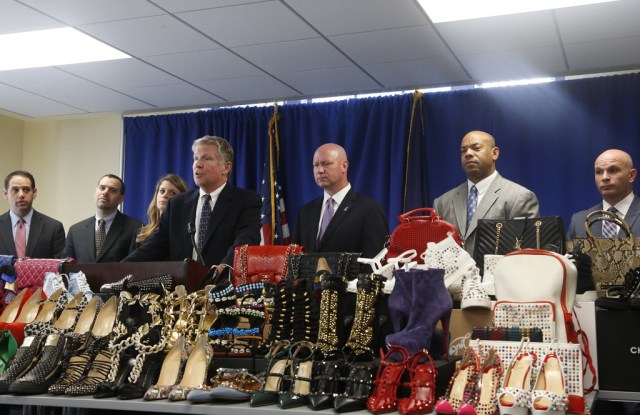 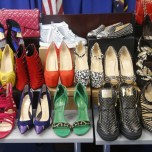 NEW YORK — More details have emerged on the identity-theft ring that authorities said used stolen information and bought about $400,000 in designer merchandise at Saks Fifth Avenue.

On Monday morning, Manhattan District Attorney Cyrus Vance Jr. announced the indictment of Tamara Williams, 36, along with collaborators Kriss Rockson, 45; Jason Chance, 25; Alaia Harrison, 20, and Michael Knight-Williams, 44, at a press conference. Rockson, Chance, Harrison and Knight-Williams were sales associates at Saks’ flagship Fifth Avenue location, where the fraudulent purchases were allegedly made between April and August of this year.

This was a joint investigation between the District Attorney’s Office and the Department of Homeland Security and Secret Service.

Speaking from behind a table piled with seized shoes and handbags from such brands as Valentino, Balmain, Christian Louboutin, Chanel, Louis Vuitton, Gucci, Yves Saint Laurent, Giuseppe Zanotti, Givenchy and Céline, Vance called this “a group of individuals who were obviously focused on high-value objects to receive high-value returns on the black market.”

Williams is accused of providing personal identifying information such as social security numbers and dates of birth of more than 30 Saks credit card holders. The sales associates would then allegedly purchase these and pass them to a group of shopper impersonators, who would hand them to Williams at several locations, including hair salons and gas stations in Queens. It was then resold, or returned to the store for gift cards, which were then resold or used as payment for the shoppers, authorities said. There were 91 such fraudulent transactions.

“The identity-theft ring that has been working here would not have been possible without the help of insiders at Saks,” Vance added. “This is the point we wish to convey. Time after time, we have seen that insiders at companies enable theft to occur.”

James Hayes, special agent in charge of HSI New York, said: “American consumers have never been at greater risk from commercial retail fraud and theft such as the type of schemes we have dismantled with this operation. One of the things that is most important about this case is having retail organizations contact law enforcement prior to taking action, to allow us to determine these schemes.”

As for the merchandise on display, “I was thinking I have a lot of friends who would be very happy,” Vance joked, “but I believe this will be returned to the store.”