Flash sales are popping up on TV shows such as “The Wendy Williams Show,” “Extra,” “E News” and “Un Nuevo Día.” 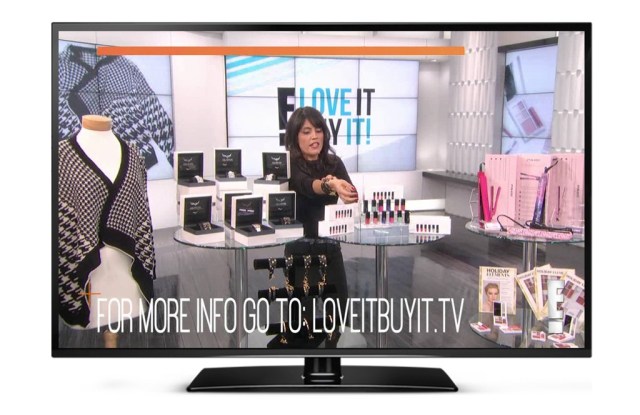 Flash sales are popping up on TV shows such as “The Wendy Williams Show,” “Extra,” “E News” and “Un Nuevo Día.”

In the past three years, Telewise has generated more than $90 million in sales, selling more than 1.7 million units, and has had more than six million unique visitors to its sites and platforms, according to Hutchison.

Telewise’s buying team scouts trade shows and showrooms for products and presents them to the TV shows. They prefer brands that aren’t available at local department stores. Once a lineup is determined, Telewise will purchase the inventory to sell on air. Hutchison believes there are different expectations for on-air flash-sale sites versus online flash-sale sites.

“Online flash sales create an expectancy for a future discount and sale. This is more like an event. We’re not creating a model to wait on the product. They’ll buy it today,” said Hutchison. The products are featured during prime-time morning talk shows and evening entertainment programs and are often repeated throughout the day.

Among the shows Telewise is working with are “Extra” (“Extra Hot Deals” on StyleMined.com), “E News” (“Love It Buy It” on LoveItBuyIt.tv), Telemundo’s “Un Nuevo Día” (“Tremenda Ganga” on Promoton.com) and “The Wendy Williams Show” (“Trendy@Wendy” on trendy.wendyshow.com).

Telewise has worked with such brands as Tarina Tarantino, Betsey Johnson, London Fog, Kenneth Jay Lane, Catherine Malandrino, Yummie Tummie, Versus by Versace and Hale Bob. In general, Hutchison said he likes working with brands that produce in the U.S., because it’s faster. The shows always have a theme, such as Mother’s Day or Valentine’s Day gifts or Red Carpet Week.

If products don’t sell out, Telewise reserves the right to send back unsold inventory to the brand. Further, customers can return products if they’re not satisfied.

Viewers can purchase the item until it is sold out, or the event ends, which is typically for one week, said Hutchison. Generally, Telewise will do a new event every week, but for shows that are first launching, it can take a couple of weeks to several months before they work a weekly schedule into their production and content schedule.

According to Hutchison, merchandise on these shows generally sells between $10 and $99, with the sweet spot being between $25 and $50. He said the TV buying audience is mostly women ages 25 to 55.
Each agreement between Telewise and the TV show is structured differently, said Hutchison. “Some [TV shows] think of it as programming, while others think of it as a revenue stream,” he said. Generally, the merchandise is sold at 60 to 80 percent off the retail price, said Hutchison.

“E’s Love It, Buy It brand is the perfect e-commerce platform to engage our loyal audience across multiple platforms,” said Danny Shea, the E network’s vice president of business development and digital media. “We’ve already seen tremendous results from our integration into ‘E News,’ and we’re excited to bring it to our brand new fashion and lifestyle show, ‘The Fabulist,’ airing Mondays. [Love It, Buy It begins April 14]. We also see huge potential to extend Love It, Buy It to our advertising partners, with those integrations coming very soon.”