Holiday Comes Into Focus for Forever 21

The fast-fashion retailer is working a number of levers with its head merchant feeling good about the upcoming selling season. 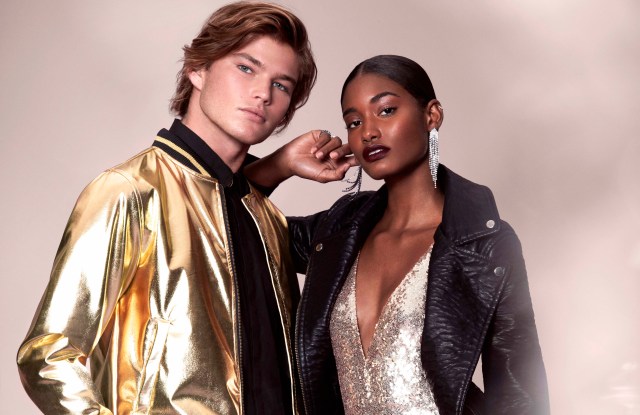 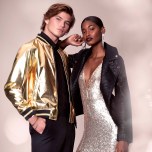 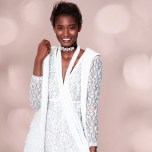 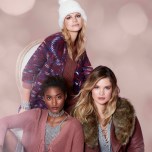 LOS ANGELES — Methodical perhaps best describes Forever 21 in all aspects of the business.

A one-size-fits-all strategy would hardly work for a 32-year-old business counting more than 800 stores across 56 countries, particularly as the key holiday selling season arrives.

She pointed to the retailer’s recent launch of its online holiday shop and today’s launch of its holiday collection and campaign Give to Love, Love to Give. The women’s collection, which draws some inspiration from streetwear and holiday party looks, incorporates velvet, French terry knits, embroidery, sequins and lace, among other materials. The collection also includes items for men and girls with the company set to donate one piece of clothing with each sale of a $5 gift card or higher in the case of its partnership with Soles4Souls or $1 to Donorschoose.org for every item sold beginning now through Dec. 25 and Dec. 24, respectively.

Charity drives is one way of wooing customers into stores during the holidays, especially as many retailers ready for another highly promotional selling environment this month and next.

“I definitely think that it’s going to continue to be promotional,” Chang said of the upcoming holiday. “I think that the consumer now expects it to be promotional and they’re waiting for the greatest deals….Especially with the weather this year, I’m guessing that most retailers have an excess of inventory or at least a little bit more than what they want at this time.”

There’s been some easing of that, with retailers able to offer on-trend items at a premium.

“I’m seeing that people are willing to pay full price as long as items are fashion-forward and super trendy items that they want to buy now,” Chang said. “It really depends on if the retailers are able to capture those trends. If they can, then they don’t have to be promotional.”

Capturing trends doesn’t boil down to any one style for a business raking in more than $4 billion a year.

Roughly a year ago, the company began weaving outside brands — more than 100 now, including Keds, Happy Socks, E.l.f., Ban.do and Dickies — into its merchandise mix, eyeing it as a way to broaden the assortments. The strategy thus far hasn’t focused on padding any one particular category, Chang said.

Whether that part of the business grows remains to be seen, although Chang said it is something the company would likely want to increase.

“It really depends on what is out there. We’re not going after brands just to go after brands,” she said. “It’s really to make sure that we’re offering our consumers the most exciting diverse, on-trend fashion.”

Dabbling with other brands has been a litmus test in gauging reaction to higher price points. The retailer known for affordability has found via its work with third-party brands that it’s not always about the price point for shoppers as much as it is about immediacy and being on trend.

The short lifespans of trends is something the company has had to be nimble with in more recent years compared to a past that afforded the opportunity for trends to be good for at least a year. Instead, the immediacy enabled by social media has knocked that down to a matter of a few months.

To keep up with the ever-shifting landscape, Chang said the company has been investing heavily in digital. It recently launched its mobile app for Android and iPhone. It’s also streamlined navigation tools on its desktop site for what is essentially its largest door, switching up the homepage about two to three times a week.

Brick-and-mortar is still important to the Forever 21-branded fleet of stores, with expansion continuing but not as much of a priority as redesigning and reinvesting in existing doors, Chang said.

What is in expansion mode is the company’s young F21 Red retail concept, which launched in 2014 and now totals more than 40 U.S. stores. It’s geared toward the 35-year-old mother shopping for her entire family with men’s, women’s, kids and plus size lines stocked under a single roof.

“F21 Red has been doing really well for us,” Chang said. “It really offers great fashion for the entire family and it’s a more curated assortment that targets the value-oriented consumer.”

F21 Red has been growing at a clip of about 20 to 30 stores annually, with most of those locations in strip or outlet centers.

As for the overall business outlook — with recent reports indicating a possible slowdown in the upward trajectory — Chang was succinct about the prospects for the overall firm: “We are expecting growth.”