The American fast-fashion chain, which opened its first store in Hong Kong Wednesday, is plotting future growth in China. 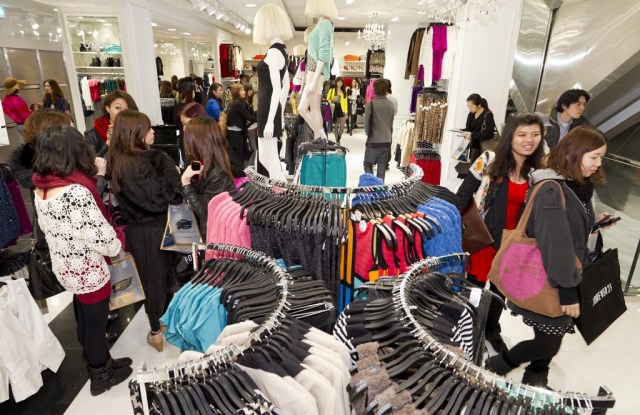 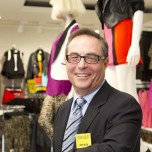 HONG KONG — Forever 21, which opened its first store in this city Wednesday, is plotting future growth in China.

This story first appeared in the January 19, 2012 issue of WWD. Subscribe Today.

The American fast-fashion chain plans to open in Beijing and Shanghai this year, and executive vice president Larry Meyer said the brand could open many more stores in the country over the next decade. This is Forever 21’s second attempt at China, where it briefly operated a single store.

The retailer, which Korean Do Won Chang started in Los Angeles in 1984, opened its flagship just ahead of the crucial Chinese New Year shopping period next week. Currently, shoppers can access three floors of the 51,000-square-foot complex. After the grand opening later in the spring, all six floors will be open and subbrands including Heritage 1981, Love 21 and Tween will be available.

Speaking a day ahead of the soft opening, Meyer said the company could open “many stores” in China in the next 10 years. There could be “more in Shanghai, more in Beijing, more in Hong Kong…as well as in many more cities in China,” he said, declining to quantify how many stores the retailer could open.

Meyer said the country was “very important from the point of view of future growth” and that the company wanted to establish a strong brand image in Hong Kong as a “gateway” to China.

The store, located in front of an exit from the city’s subway system in the popular shopping area of Causeway Bay, costs 11 million Hong Kong dollars, or $1.4 million, to rent per month.

Asked whether the level of rent was a hindrance when the brand was looking to Hong Kong, Meyer said: “Yes and no.”

He said it was important for Forever 21 to have a space large enough to accommodate its products and that it had taken five years to find the current location, at Capitol Centre.

He noted the store was a large space and that its outer facade would accommodate two billboards. “We’ve got some added benefit for our brand…so that’s the way we look at it,” he said.

Forever 21 arrived after the Gap opened last year and ahead of Abercrombie & Fitch, which is moving into a space in the historic Pedder Building downtown later this year.

Apparel sales volume in Hong Kong rose 15 percent in 2011 compared with a year earlier, according to the city’s census and statistics department.

A department spokesman said largely favorable job and income conditions and thriving inbound tourism should bode well for retail business in the near term.