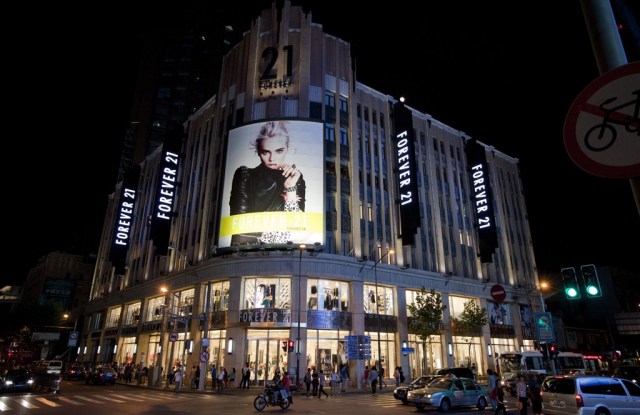 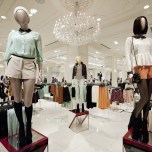 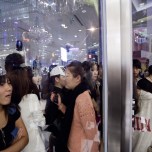 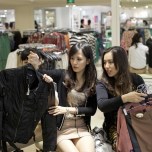 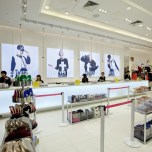 NEW IN TOWN: Forever 21 has just inaugurated a store in Shanghai of 86,000 square feet, its largest retail space in mainland China.

Larry Meyer, Forever 21’s senior vice president, said the American fast-fast chain is taking a “pragmatic” approach to the Chinese market. Earlier this year, it opened its first two stores inHong Kong and Beijing. The four-story Shanghai store is located on a pedestrian shopping street on East Nanjing Road that is also home to Apple, Zara and The Gap. It opens to the public Saturday.

Meyer said the presence, but even more so the success of other fast-fashion retailers, like Zara and Hennes & Mauritz, was an indication for Forever 21 that the time was ripe to enter the China market. “It is evidence that this is a market for our type of apparel,” he said at a shopping event Thursday night. “Our position in China is the same as it is around the world — our brand means new fashion with deliveries everyday, value pricing and a great environment for shopping.”

The executive said he is not concerned about signs of slowing consumer demand in China. “This is not about this year or next year,” he said. “It is about the long-term. Hopefully the good news about a slow-down is real estate prices will get better, and it will be a good time to expand. Timing is everything. This year or next year does not really make a difference.”

In terms of further expansion in China, Meyer said that there are no concrete plans yet. “We won’t sacrifice location for the sake of a plan,” he said.

The executive said that Asia makes up about half of Forever 21’s international sales, which are about 10 percent of the brand’s total sales volume. Forever 21 also has stores in Japan and Korea, and also expanded its footprint in Europe this year with new stores in the United Kingdom and France.