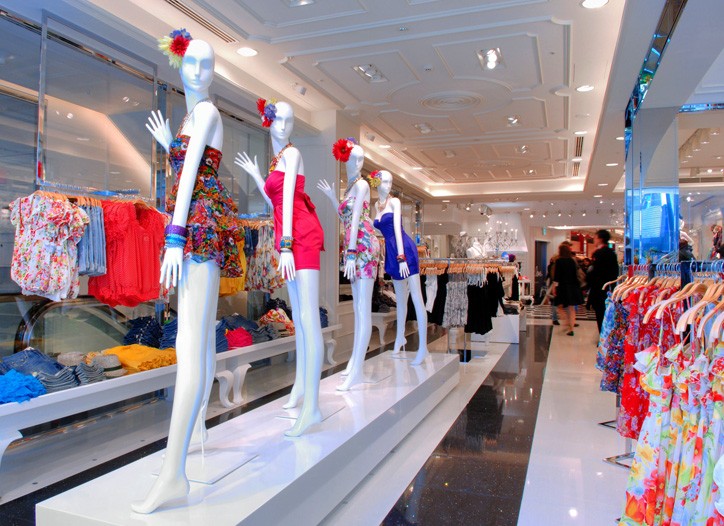 TOKYO — Forever 21 is about to open its first store in Japan, raising the fast-fashion stakes in the world’s second-largest economy.

The almost 19,000-square-foot flagship, which opens today, is just the first step of the California-based retailer’s aggressive push into the Japanese market. Executives said the chain is gunning to have as many as 100 stores in the country, although the timing of the rollout hinges on finding the right locations.

“It’s a big market in the world so it’s a place we want to play,” Larry Meyer, executive vice president of Forever 21, told WWD. “If it’s five years, if it’s 10 years [to reach 100 stores], it all depends when we get the right real estate.”

That’s not the only news from the Los Angeles-based chain. Next year, the retailer plans to open its first stores in the United Kingdom and Spain as well as a massive Las Vegas flagship, executives said. And designer collaborations could also be in the works, according to Linda Chang, the company’s senior marketing manager.

“Yes, we do have some in mind. We haven’t come out with anything yet so we’ll just have to see in the future,” she said, without elaborating.

Forever 21’s new Tokyo store is located next to Hennes & Mauritz’s flagship and just down the road from Gap, Topshop and Uniqlo on Harajuku’s bustling thoroughfare Meiji Dori. Meyer declined to provide a sales forecast for the store but said he expects the flagship’s affordable fashions, replenished daily, to sell well in recessionary Japan. Both Uniqlo and H&M have been thriving while department stores and luxury goods companies are suffering in a dismal retail climate. On Tuesday, Japan’s Ministry of Economy, Trade and Industry said March retail sales declined 3.9 percent, registering their seventh consecutive month of contraction.

Don Chang, Forever 21’s chairman and chief executive officer, described the company as “the fastest-growing retailer in the U.S.” About 98 percent of that turnover is generated through Forever 21’s network of more than 450 stores, but the chain is looking to diversify geographically. Meyer said the company is expecting its international growth to be “substantially faster” than that of the U.S. and could represent a third of the company’s revenues within the next 10 years.

So far, Forever 21’s international expansion has focused on Canada, Asia and the Middle East. The chain has stores in 12 foreign countries including China, Malaysia, South Korea, Kuwait and Saudi Arabia.

Meyer said the retailer found the Harajuku location in September and signed the lease in November, although he denied that having H&M as a neighbor influenced the decision. “We liked the potential of the space,” he said.

That space, divided into five levels, carries the brand’s full product offering, from floral sundresses and Seventies-style gym shorts to platform heels and embroidered tops. Prices range from 480 yen, or $4.96, for a simple V-neck T-shirt to 6,400 yen, or $66.17, for a dress adorned with feathers. Women’s wear and accessories occupy the lower four floors of the store while men’s items are housed on the fifth. Meyer and Don Chang said Forever 21 might be able to secure the upper floors of the building and expand the men’s wear offering at some point.

The store’s interiors, apart from the men’s section, have a girly air with white walls, pink and yellow accents and plenty of chandeliers. James Nakaoka, president of J.T. Nakaoka Associates Architects, which designed the store, said the flagship aims to make women “feel feminine again.”

The Tokyo store fits in with Forever 21’s broader strategy to open larger retail formats both at home and abroad. It’s planning to open a 126,000-square-foot store in Las Vegas’ Fashion Show Mall by May of next year and an 80,000-square-foot store at Los Cerritos Center, a Macerich-owned mall near Los Angeles, later this year. Spaces that large are hard — if not impossible — to find in Japan, but executives said they hope to secure locations of at least 16,000 square feet, and that’s become easier and cheaper in the economic downturn.

In terms of generating name recognition in Japan, Meyer said the brand has done more advertising here than it ever has, although he declined to quantify the investment.
That was probably money well spent, according to Nicole Fall, trend director at Tokyo-based consumer consultancy Five by Fifty.

“I don’t think Forever 21 has strong brand recognition within the Japanese market, so consumers may need coaxing into stores to understand its product offering,” she said. “It will need to take a unique approach in targeting recession-weary consumers, who quite frankly appear to be cutting right down on fashion expenditure.”

On the publicity front, Forever 21 has been making plenty of news on its home turf, albeit not of the positive sort. Over the last three-and-a-half years, the company has been sued more than 50 times for copyright infringement. Most recently, the fast-fashion chain’s founders, Do Won Chang and Jin Sook Chang, faced depositions this month for allegedly copying nine garments from Anthropologie’s collections.  Don Chang referred to the alleged infringements as an “accident” and blamed the problems on its network of vendors, which it can’t completely control as it manages an inventory of several million pieces.

“We have a $1 billion company,” he said. “That issue is really small.”