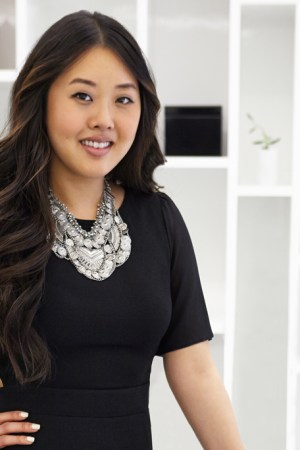 The race to sell the trendiest clothes at the cheapest prices is about to heat up in Canada this fall, as F21 Red, Forever 21’s new spinoff brand, ventures into the  market.

Opening in Windsor, Ontario, in October, followed by a November launch in Ottawa, F21 Red’s entry into the Canadian market sets the stage for an expansion of some 20 to 30 stores for the brand over the next five years, according to Linda Chang, Forever 21’s vice president of merchandising.

“The Canadian market has always been very strong for the Forever 21 brand, but global expansion is our priority,” Chang said.

Forever 21 first launched in Canada in 2001 with a pilot store in the West Edmonton Mall. It now has 31 stores across the country. The L.A.-based company opened the first F21 Red store in May 2014 in South Gate, Calif.

What makes Forever 21’s new sibling so unusual, according to Chang, is that the F21 Red brand targets every member in a family as potential customers, not merely teenagers.

“F21 Red was born out of the idea of focusing on the whole family and treating it as a one-stop shopping destination for girls, boys, men, as well as women. But we’ve also geared this concept to families with limited time to shop and a limited budget to spend,” Chang said.

To that end, F21 Red’s store look will differ from Forever 21’s current design format. “With F21 Red we’ve created an environment to optimize the customer’s time,” Chang said. “There will be easy-to-navigate lanes, as well as merchandising by category, and not trends, so that customers can shop quickly, conveniently and at the right price.”

Though prices will vary slightly from those in the U.S., Canadian consumers can expect to spend between $1 and $20 for the selection of goods that will be offered in F21 Red locations north of the border.

“Canadians will pay around $2.90 for camisoles and less than $10 for jeans, for example. But most items will be under $10 Canadian,” Chang said.

Such low price points are credited, in part, to lower profit margins and to higher sales volumes to support the cost of carrying F21 Red’s new concept stores.