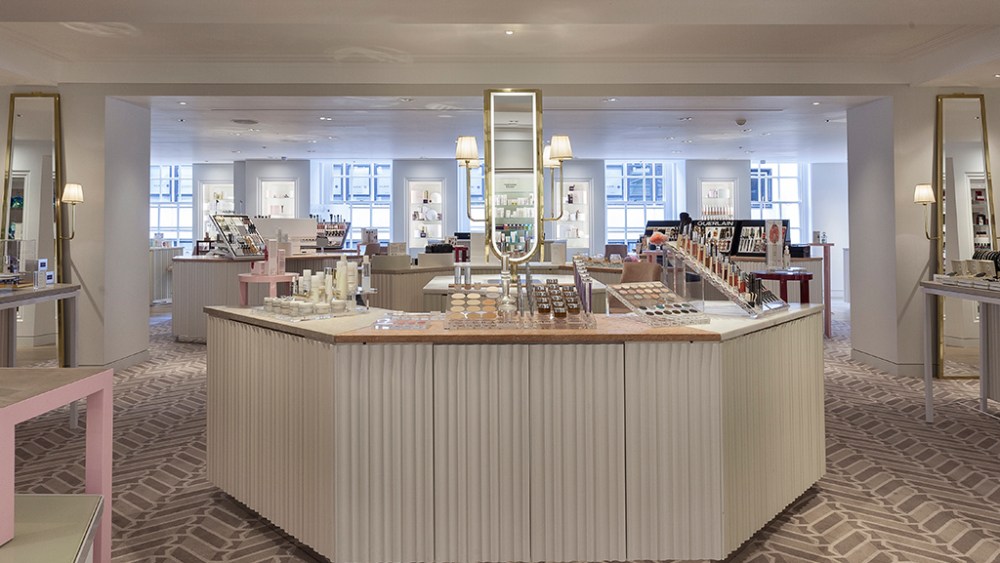 The 307-year-old store’s management has been developing the space for the past two years, with two million pounds, or $3.4 million, devoted to its revamp.

The investment in the store follows the appointment of chief executive officer Ewan Venters in 2012. Under Venters — who was previously director of food and restaurants at Selfridges — Fortnum & Mason’s pre-tax profits more than doubled in the year to July 2014 to 3.8 million pounds, or $6.2 million, with sales up 14 percent to 74.4 million pounds, or $122 million. Dollar figures have been converted at average exchange rates for the period. Venters has also opened offshoots of the Piccadilly department store — which is known for its luxury food hall – in London’s St. Pancras station, Heathrow’s Terminal Five and in Dubai.

Jo Newton, head of buying for fashion, beauty and home for Fortnum & Mason, said the beauty floor’s relaunch grew out of the success of the store’s fragrance business, with the niche, high-end brands that the store offers having made Fortnum’s a “destination” for scent. “We have now applied the same [curatorial] approach to our beauty category, as up until now, we haven’t been known for skin care or cosmetics, so this redevelopment is a real game-changer for us,” Newton said.

The new space is done out in a hushed, pastel palette, with dusty pink reeded wood units, counter tops in pink marble or rose quartz, soft lighting, pale wood floors and geometric-patterned dove gray carpets. There are also design elements that nod to the store’s heritage, such as a glass screen etched with an Edward Bawden illustration of a woman’s face, taken from a Fifties Fortnum & Mason Valentine’s card. Meanwhile, sleek dressing tables lit with gold lamps stand at the center of the hall, where customers can sit to test makeup and skin care by different brands. There is also a new Bamford Spa on the floor with three treatment rooms, set to open late May. “For us, this is an experiential destination which we hope will offer a real sense of pleasure to our customers,” said Newton, calling the space “the very opposite of…furiously fast-paced, harshly lit beauty halls.”

Within the space, Fortnum’s fragrances have their own area, called The Perfumery, with a glass chandelier displaying the store’s collection of jewel-toned fragrance bottles, a focal point of the floor. The retailer carries a number of fragrances exclusively in the U.K., such as Clive Christian’s Private Collection, Parfums de Marly and Xerjoff’s Alexandria II fragrance. A quarter of the fragrances showcased in the space are new to the floor, with the majority of those new fragrances exclusive to Fortnum & Mason. And Newton said alongside the heritage beauty and fragrance brands that are a signature of the store’s offer — such as Penhaligon’s, Floris and Grossmith — Fortnum’s has also introduced contemporary beauty brands, among them This Works; 4160 Tuesdays fragrance; Cult 51; Ilia; 001 Skincare; True Being, and Neom. “It’s our ambition to be more relevant, more often to more people,” Newton said.

Following the launch of the new labels, Newton said she believes the department has the potential to “double” its sales. She added, “It’s exciting to see how the category will continue to grow and develop.”