The two-day event drew scores of designers and fans to celebrate the new 37,000-square-foot store. 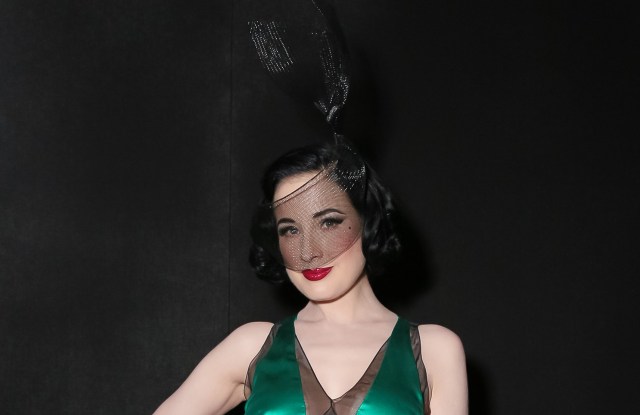 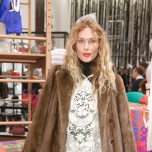 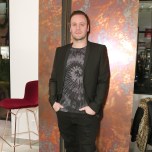 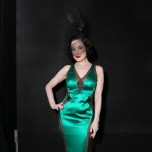 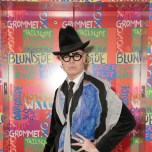 DALLAS — Forty Five Ten cofounder Brian Bolke ducked into a warmly lit dressing room on the third floor of his new flagship here during the Eccentrics Gala on Friday and took a moment. While his four-story building brimmed with fashion cognoscenti from around the world, Bolke was feeling reflective.

“I’m so happy. When you spend so much time on logistics you miss the human element. I forget just how cool our customers are,” Bolke said. “They really came to have a good time tonight.”

Indeed, the 37,000-square-foot store was packed with friends and fans who came to Dallas for the party. It capped off 36 hours of celebration that included a dinner honoring Iris Apfel, a Dallas home and art tour and a succession of trunk shows.

The party not only celebrated the new store, but also a fresh attitude about the fashion standard in the Lone Star State.

Miroslava Duma and Nasiba Adilova, founders of The Tot, an upscale children’s boutique, opened their first brick-and-mortar store in Dallas earlier Friday and Duma said there’s more to come for the concept in the near future. Both Duma and Adilova are optimistic about the city’s fashion future.

“Tonight shows the world what Dallas is all about. It’s not about what you see on old shows,” Adilova said. “They make bold choices.”

Dallas resident Tina Craig of the Bag Snob blog made the rounds on each floor, proud of the city’s fashion step forward and her friend Bolke.

“It’s a huge statement to the global fashion industry that Dallas is a player. Brian is making an amazing statement and this is going to put him on the fashion map,” she said.

“We love Dallas. They are very bold and sure in their basic point of view,” Chow said. “I’m not here in Dallas but I shop Forty Five Ten through Farfetch because where else can you find Viktor & Rolf Couture in the U.S.?”

Bolke launched handbag and jewelry designer Eddie Borgo at Forty Five Ten in 2008 and the designer had been looking forward to the opening since seeing the plans at his New York showroom. “I could not believe when he laid out the plans and yet, here we are,” Borgo said. “We’ve grown together.”

Other designers who made the trip to Dallas included Jack McCollough and Lazaro Hernandez of Proenza Schouler; Derek Lam; Adam Lippes; Sally and Michel Perrin, and Kimberly McDonald.

Guests made their way throughout the store via a graffiti-adorned elevator or the glass-walled staircase sitting in the core of each floor, where music, bites, themed cocktails and Champagne waited.

The second floor was a popular stopping-off point for many who were transfixed by a rose-petal covered woman in a clear box simply listening to her iPhone. It definitely caught the attention of model Brooklyn Decker.

“Should I go to another floor? What tops this?” Decker said.

It was the first time the Austin resident was visiting Forty Five Ten, but after hearing about the stream of New Yorkers coming in for the party and an invite from friend Whitney Casey, she was all in.

“I was curious to see it. It turned out to be a really beautiful evening. You can walk around or be content to lounge on level two for a while,” Decker said.

Mother to baby Hank with husband, tennis star Andy Roddick, Decker and her family are taking a low-key approach to the holidays, heading to the North Carolina mountains with family.

“It will be totally boring, wonderful and cozy. Every cliché you hear about motherhood is true. My baby is all I talk about. I know I’m annoying, but I’m in heaven,” Decker said.

Low-key holiday plans were on the minds of many guests, including Dita Von Teese, who performed at the After Eccentrics party across Main Street at the Terrace at the Joule.

Passed doughnut bites and bubbles kept the crowd on a high until Von Teese took the purple-hued stage, complete with signature martini glasses. After her burlesque show, Von Teese chatted about her ideal holidays and revealed she did a bit of shopping at the new store.

“I was shopping there today and I felt like it was a perfect fit. One reason why I don’t go shopping is because I don’t find what I want. Stores aren’t curated in my style but this store is perfectly organized,” she said.

A Christmas present for her boyfriend and faux crystal glasses topped her list. The glasses are perfect foils for her glass-tipping cats and will likely be in heavy rotation during the holidays.

“I’m kind of a closet homemaker. I love the meditation of staying home,” Von Teese said. “During holidays, I will stay home, cook and entertain.”

Guests filtered down to the Midnight Rambler Bar at The Joule for The Last of the Eccentrics party hosted by model Erin Wasson. While Von Teese sipped Champagne and took pictures with guests, the diehard “Eccentrics” danced to the DJ and noshed on pizza and drinks.

Bolke was still in the mix and easy to spot thanks to his graphic Moschino jacket (he changed his jackets throughout the evening) but he does plan on stepping out of the vortex he created with a holiday trip to London.

“I’m always in London stopping over for a day, so we are going to London for Christmas and New Years and do absolutely nothing,” Bolke said. “I’m excited to explore London with no agenda.”