For prestige beauty retailers and manufacturers, it was a Bob Cratchit Christmas. 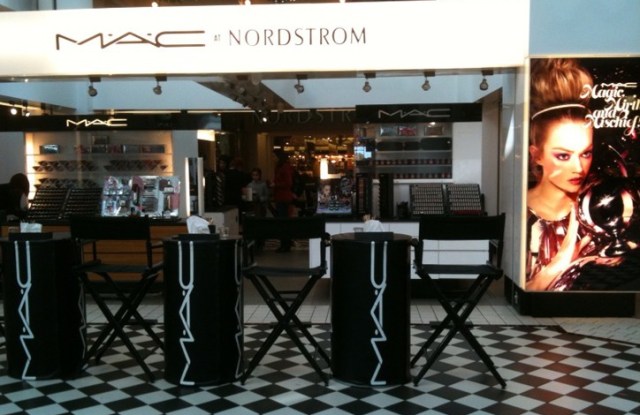 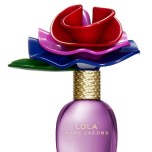 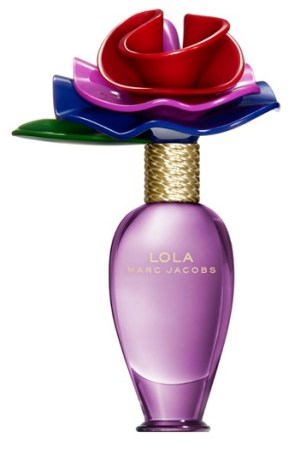 For prestige beauty retailers and manufacturers, it was a Bob Cratchit Christmas.

While a few retailers were able to breathe a sigh of relief, others were picking at their meager returns. By all reports, most not for attribution, the fragrance business continued to be tough. But both retailers and their vendors managed to find their way through the financial minefield and emerge mostly intact. And there were a few bright spots, like Marc Jacobs’ new fragrance, Lola, and Viva La Juicy by Juicy Couture.

Bloomingdale’s sidestepped the dreaded possibility of a another December downturn — its fragrance business registered a single-digit gain for the holidays, according to sources. The retailer’s parent, Macy’s Inc., reported a 1 percent comp-store sales gain for the five weeks of December, ended Jan. 2. But no mention was made of the company’s beauty business.

Howard Kreitzman, vice president and divisional merchandise manager of cosmetics and fragrances at Bloomingdale’s, declined specifics. “We’re feeling pretty good about the way it turned out,” he said simply. “The business improved continually over the course of the fall season.” He described the holiday selling effort as “a solid performance.”

Kreitzman said the fragrance business was driven, as usual, by a combination of classic brands augmented by a trio of new fall launches — Jacobs’ Lola, followed by Viva La Juicy and Prada Amber.

He noted the extra selling day before Thanksgiving and Christmas was a huge plus and the fact that Hanukkah was celebrated earlier (Dec. 11) than last year kicked the business into gear.

Kreitzman also asserted the store’s strategy of emphasizing value propositions by boldly listing the amount of savings on fragrance gift sets “worked well.” He said the rate of sell-through “was a little better than last year and the dollar value was higher.”

Asked to sum up the lesson of the holidays, Kreitzman replied: “What it says to me is that the consumer is getting a little more relaxed.”

Spirits also are rising at another Manhattan-based specialty store, Barneys New York. “Fragrance was really good. For the month of December, it was up double digits,” said Bettina O’Neill, vice president and divisional merchandise manager for cosmetics and fragrance. “In 2008, it was a very tough holiday season,” she added. “The bottom dropped out in October, so we were [comparing] against those numbers. There was a nice comeback overall. Best-selling brands at Barneys this holiday season included Frédéric Malle, Le Labo, Acqua di Parma, Byredo Parfums and Serge Lutens. “They were all very healthy,” said O’Neill.

Looking ahead, O’Neill said, “I feel confident, having had a decent December. We’re ending the season. Fragrances were up high-single digits, [and] I think spring will definitely be better than last year.”

However, the joy was not widespread. “It wasn’t an easy Christmas for anyone, including us, but we did have some bright spots,” said Dennis Keogh, senior vice president of marketing for Coty Prestige, naming Jacobs’ Lola — said to be the top women’s launch this fall — and Calvin Klein’s new men’s entry, CK Free, as standouts. For Christmas, Euphoria and a teaser size of Vera Wang’s new Glam Princess scent also had robust sales. To further promote Euphoria sales, Coty did retailer-specific gifts-with-purchase — including gourmet chocolates with Macy’s and amaryllis bulbs for Dillard’s — for Euphoria, promoting the campaigns with TV advertising.

Keogh added while sales were tough for the industry in 2009, beauty companies are in a much better place this year because they’ve learned how to manage the market conditions. “The bottom dropped out in fall 2008, and then we had a year to figure out how to address that as an industry,” he said. Smaller inventories and fewer launches were among the strategies.

The NPD Group has not released its December results. But highly incomplete preliminary reports indicate men’s and women’s fragrances combined for a drop of 4 percent for the month of December, compared with a minus-10 percent decline last year. And the business improved in the final week of Christmas. In those five days before the holiday, women’s fragrances were up 4 percent and men’s, 6 percent, according to sources.

Keogh is pragmatic about industry conditions going forward. “Given how horrific fall 2008 numbers were, I think everyone expected comps would be better,” he said. “Things are still tough. I think if we end up with single-digit declines, everyone will be happy.”

Keogh noted while 2009 was tough, Coty held onto its share of market. “We improved our trend 10 points in December over November,” he said. “We had conservative plans, and we beat those plans.”

For Christian Dior Perfumes, the holidays dished out a relative feast for color cosmetics and treatment, but a paltry meal for fragrances.

According to industry reports, J’adore, the brand’s biggest women’s fragrance, managed to finish the year flat, while sustaining a 2 percent dip in November and December in a stubbornly bearish scent market. Miss Dior Cherie, which was launched three years ago, did better, finishing the year 7 percent ahead and gaining 2 percent during the holiday period.

Terry Darland, president of North America for Christian Dior Perfumes LLC, declined to discuss the fragrance figures. But she noted J’adore made the year while scoring a number-one Christmas ranking in Miami, its top market. But she described the overall fragrance market as tough and disappointing — at least until the final days, when the tide eased a bit. “You had to work for every sale,” she said. It was a completely different story for Dior’s color and treatment, which was up 10 percent for December, and 12 percent for the last two months combined. Color was up 14 percent for December and skin care increased 8 percent.

For spring, the widespread expectation among retailers is the first half will continue to be difficult for the fragrance business, especially those without new product launches, she said. Those brands can “expect modest increases, up 1 or 2 percent.”

In makeup, however, Dior has a new mascara, Extase of DiorShow, that made a promising debut in Sephora during the last two weeks of December. As a result, the brand’s beauty business could be up 8 or 9 percent for spring.

As for Christmas, retailers with good news were hard to come by. However, a number of industry executives were poring over fresh data and rendering verdicts, strictly on a not-for-attribution basis.

“Everyone was expecting absolutely awful sales,” said one source. “That didn’t happen.” The executive added that most prestige brands ended the season anywhere from up 5 percent to down 5 percent.

Skin care and fragrance held their ground for the most part, while color did not gain as much, said sources. Gift sets — which, unlike in 2008, weren’t sharply discounted — were popular, said sources, and the week between Christmas and New Year’s was good for many. “All in all, the balance sheet looks good for both manufacturers and retailers,” said an executive.

Another analyst estimated the beauty market in prestige distribution was down 3 to 5 percent for December, which was a 2 point improvement over the year-to-date trend. Fragrance suffered the most with perhaps a high-single-digit decline and skin care did best.

Lord & Taylor’s beauty business was said to be down 8 percent and Neiman Marcus’ to be down 15 percent. “[Neiman Marcus] itself did well, but beauty was down,” said one industry executive. “Beauty was underperforming the company, which was very unusual. A lot of it was because they had so many promotions before December — 20 percent off cosmetics, $50 gift cards and then 10 percent off. By the time December rolled around, people were done.”

Said Ginger Reeder, vice president and spokeswoman at Neiman’s: “We don’t report those kinds of numbers.”

Dillard’s had “a horrific Christmas,” said one source. Sephora and Ulta were said to have mixed results. On the flip side, said sources, Macy’s and Bergdorf Goodman’s prestige beauty businesses were said to be up, and Nordstrom was said to be up 6 percent in beauty sales. Executives could not be reached for comment at Lord & Taylor, Sephora, Macy’s, Bergdorf Goodman and Nordstrom.

Certain areas of the country were said to be harder hit than others, with California, Michigan and Florida experiencing especially tough business.

“Some niche brands — including Bond No. 9 — broke through the clutter, but in a lot of ways, this was a Christmas about classics, a modest Christmas with dramatic margin improvement,” said one source, who added of smaller inventories and more narrow orders: “This Christmas was about market stabilization — it’s hardly poised for growth. We need to make sure that we don’t make this a self-fulfilling prophecy.”