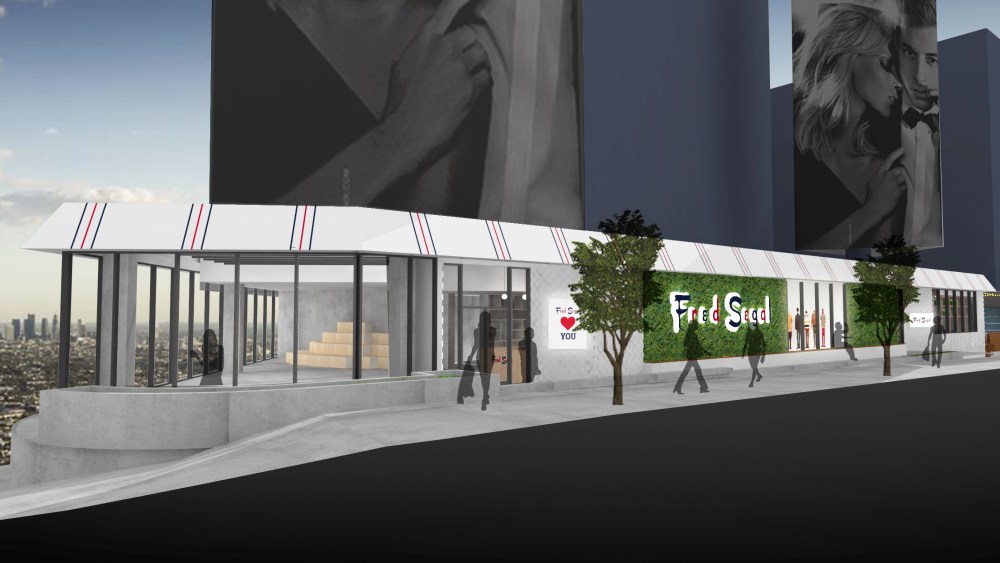 A string of brands disclosed by Fred Segal offer a glimpse into what’s planned for its Los Angeles flagship come the fall.

The CFDA space, which Fred Segal president John Frierson said would be in one of the store’s featured shops area, will house new and longtime CFDA members. Details on what CFDA designers Fred Segal will bow with are expected to be revealed closer to the opening.

“True to form, we are building a community of like-minded artists and merchants that speak to the legacy of the Fred Segal brand,” Frierson said.

“Our partners are all about discovering what’s new and what’s next,” said Samek, who joined the company late last year to lead the retailer.

The confirmed permanent tenants will also be joined by 10 to 12 spaces dedicated to single brands rotating in and out of spaces ranging in size from about 100 to 600 square feet. There will be the Fred Segal Café by Tartine, a restaurant by Bill Chait of Bestia and Otium fame that boasts indoor and outdoor seating, a wine shop and a pop-up event space for art or performances.

Construction has already begun on the 22,000-square-foot space that Fred Segal will reside in at the corner of Sunset and La Cienega Boulevards.

The opening would solidify the revival of the Fred Segal brand in its Los Angeles hometown under Sandow, which bought a majority stake in the business in 2012 and later brought on Evolution Media Partners as an equity investor to help grow Fred Segal into a global brand. Evolution is a joint venture between CAA, TPG Growth and Participant Media.

The company has one store open in Los Angeles at Los Angeles International Airport’s international terminal after shuttering the Fred Segal Santa Monica store in spring 2016. It sold the building housing its Melrose Avenue boutique last year and was poised to open its flagship at the Runway at Playa Vista complex but ultimately exited that project in favor of the current West Hollywood location. The retailer also counts three stores in Japan, with the most recent opening in April in Kobe.

The building of the former Melrose store is the subject of a trademark infringement and unfair competition lawsuit filed by Fred Segal against the building’s owner CormackHill LP, with the retailer asking for removal of the Fred Segal signage. According to a court docket on the matter, the case is scheduled to go to trial in January. Frierson and Samek declined comment on the lawsuit.

Volcom Pushes on With Georgia May Jagger Deal

Reservoir Contemplates Relocation Off of Robertson

Boohoo CEO on the Reassembling of Nasty Gal