Segal began with a store that sold jeans in 1961, but that store grew into a new style of retail altogether.

Fred Segal, whose name is well known from the red, white and blue lettered sign of the famous ivy-covered Los Angeles store he founded, died Thursday at age 87.

The cause was complications from a stroke, according to a representative of the brand. He is survived by a large family, including his wife, five children, 10 grandchildren and two great-grandchildren. Many of them are also tastemakers, who have been involved in the retail and fashion business over the years, including Michael Segal, Nina Segal, Sharon Segal and Annie Segal.

“To the very end, he inspired us to never give up. He will be forever loved and celebrated,” a statement from the family said. “He was a true artist who dedicated his life to evolving as a human being in every aspect. He challenged us to expand our minds and our hearts, to go deeper and to do better. He was an innovator, a forward thinker, a rule breaker, a mentor to so many, such a lover of life and a humanitarian. Anyone who knew him felt his powerful energy. He worked his whole life to have self love and to teach all of us to love one another.”

Born in 1933, Segal in 1961 opened his eponymous store on Santa Monica Boulevard in L.A.’s West Hollywood, in a 300-square-foot space with an inventory almost entirely of denim. The jeans sold for the then-unheard of price of $19.95, making him the first to to market premium denim. His “jeans bar,” as he called it, was a revolutionary concept for the time. As the store grew in popularity, so did the size; Segal eventually moved to Crescent Heights and Melrose Avenue and started asking employees to manage their own spaces inside the store as it expanded, leading him to pioneer the “shop-in-shop” style of retail. 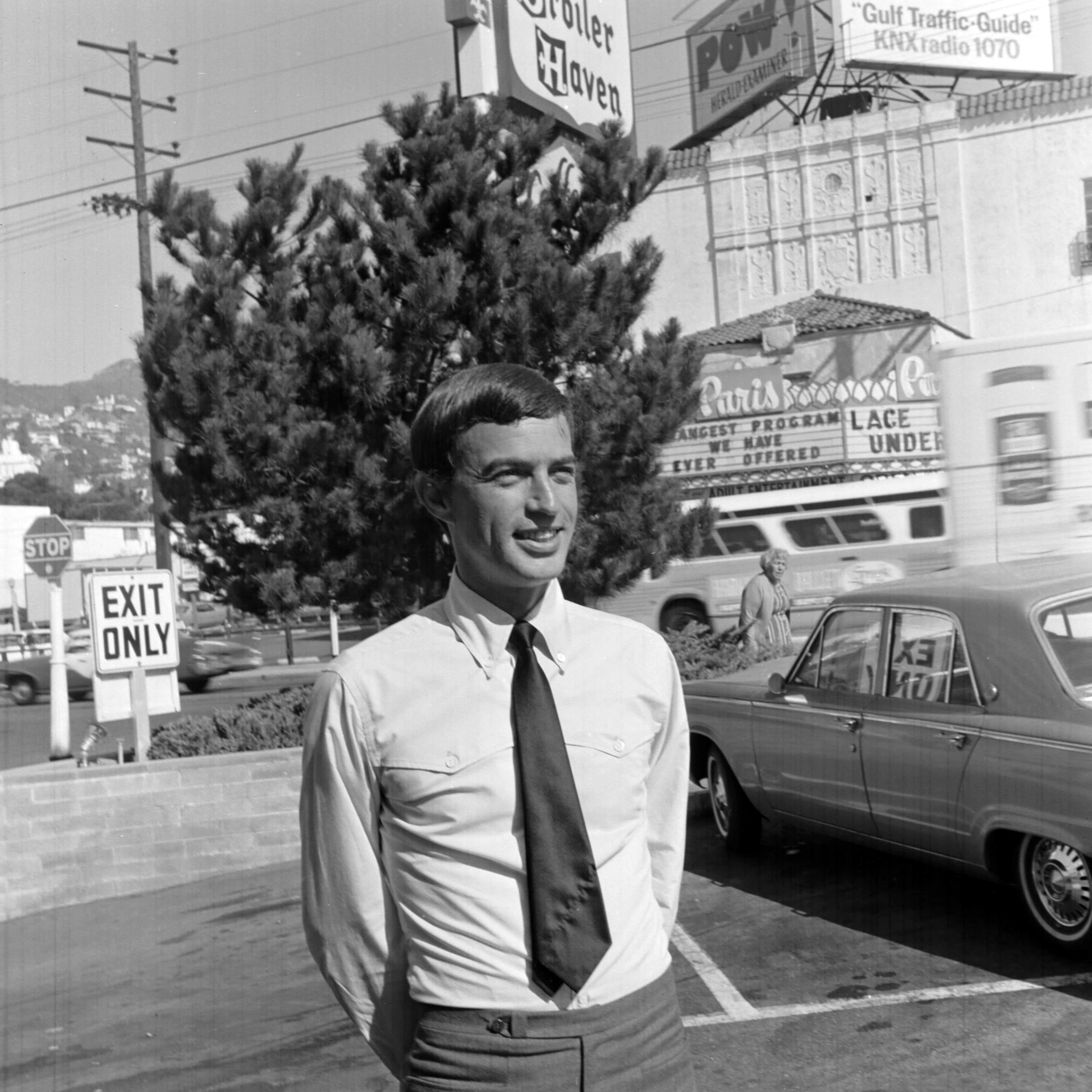 “I loved that man. He was a true original,” said retail developer Rick Caruso, who met and became friends with Segal 25 years ago. “I most admired him for his instinct and ability to innovate, but he was also kindness personified. He was truly the first disruptor in the retail business and he dared to break every rule and in doing so created an energy that became the best shopping experience of its time.”

“He had the vision as a landlord to move from Santa Monica to Melrose, and to start buying up homes to add another shop and another to create the center,” said John Eshaya, who worked at the Melrose center from 1984 to 2008. “There were no stores in the neighborhood at that time, but eventually, Miu Miu and RRL opened nearby, then Marc Jacobs further down the street. He also opened in Malibu Country Mart, the first to bring fashion retail to Malibu.”

A number of influential retailers had stores in Fred Segal on Melrose, which became the epicenter of L.A. cool, including Ron Herman and Ron Robinson.

“His whole thing was to get young people to open their own stores. He didn’t go after huge chains,” said Eshaya, who was the women’s creative director for Ron Herman. “He knew and gave opportunity to young retail entrepreneurs.”

Many people who worked at the stores went on to become designers themselves, among them Pamela Skaist-Levy (Juicy Couture), Nina Garduno (Free City), Jeannine Braden (Le Superbe) and Eshaya (Jet Clothing), giving Segal the distinction of being a kind of godfather of L.A. fashion.

“Fred really helped give respect to L.A. We weren’t on the fashion radar, but he opened up a space for L.A. designers and creatives. People started admitting they were from L.A.,” said Braden, who ran the Fred Segal Flair store in Santa Monica from 1992 to 2009. 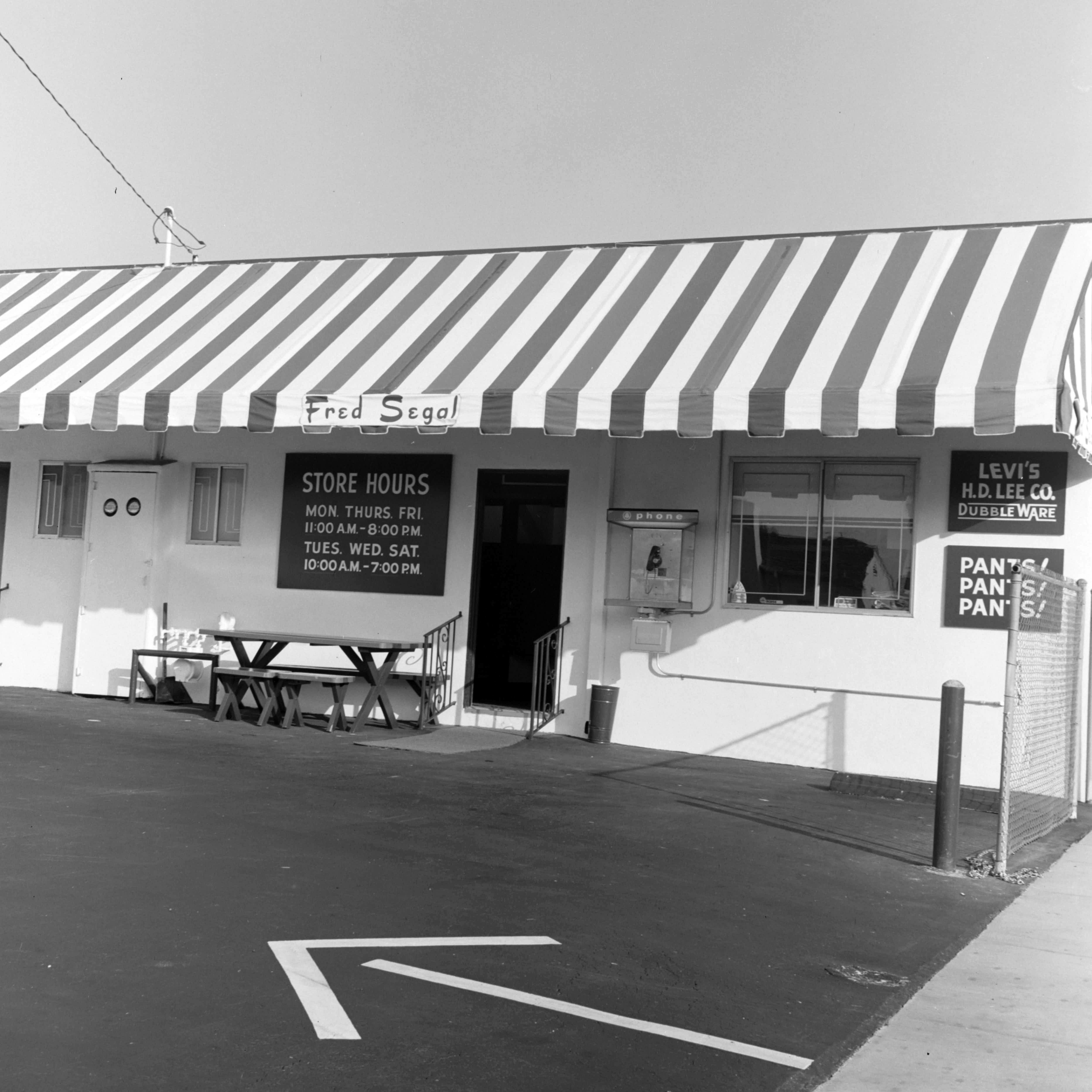 Fred Segal Melrose was a global stop for cool spotters, from Anna Sui to Jenna Lyons. Its restaurant, Mauro’s, was a place to see and be seen for Hollywood celebs including Leonardo DiCaprio, Diana Ross, Jennifer Aniston and Tobey Maguire.

“He would always call the store a daytime nightclub,” said his daughter Sharon Segal, who started working at the Melrose store at age 13, and with her sister Nina now has her own boutique in Westlake Village.

The name Fred Segal became synonymous with L.A. style, name-checked in shows and films such as “Entourage,” “Clueless,” “Legally Blonde” and “Less Than Zero,” and the de-facto wardrobe department for “Melrose Place” and “Friends,” exporting the L.A. casual look through pop culture.

Segal opened a second center on the site of a former skating rink in Santa Monica in 1985, and had an outpost in Malibu. They were all popular with locals and celebrities through the Aughts, and paparazzi would wait outside.

“When I was working at Fred Segal Santa Monica, I remember the biggest commotion one day when Britney Spears’ mother called to warn us they were coming in,” said Sharon. “This was when Britney first started dating Kevin Federline and the helicopters were for her.”

“We had a place called Bright Child in Santa Monica, with an indoor playground and mommy-and-me classes, and everyone used to bring their kids there — Tom Hanks and Rita Wilson, Tom Cruise and Nicole Kidman, Arnold Schwarzenegger and Maria Shriver — these people were coming in and hanging out on a weekly basis,” said Sharon. “Fred tried to create an experience.”

“He was bold, innovative and ahead of his time and if we study what he did back then, I know we will keep learning how to connect to our consumers today,” Caruso added. “It was an honor to know him and I’m so grateful to have learned so much from him.” 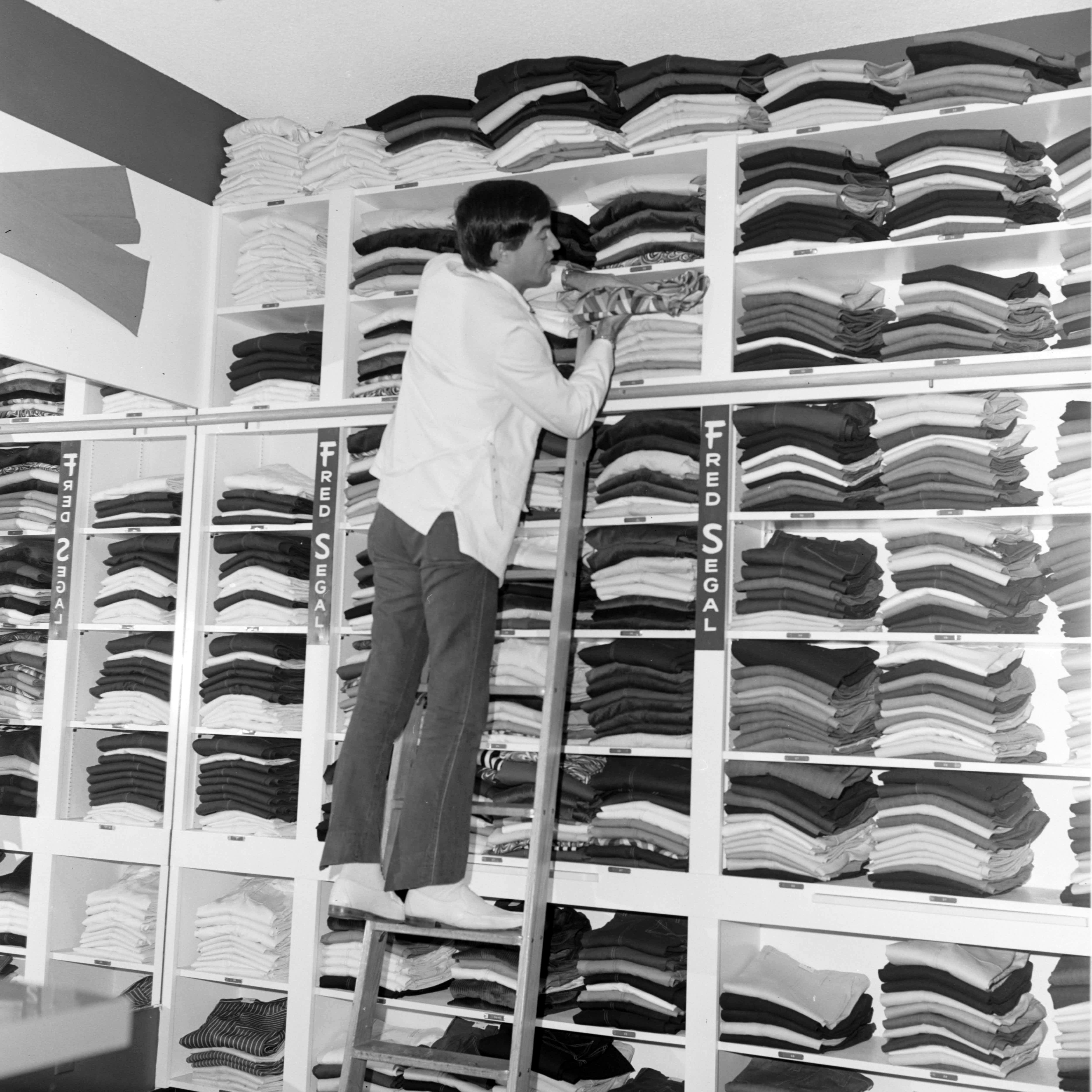 Segal worked in retail most of his life, and always enjoyed walking the floor, where he was a stickler about what kind of music was playing, and making sure sales associates were not chewing gum or leaning on the counters.

“We all had to operate in a similar manner, and sometimes people didn’t even know the stores were separately owned,” said Braden. “It felt less corporate and more family. We operated in an indie, intuitive and alternative way.”

After graduating from the University of California, Los Angeles, Segal started working in the apparel business at the now-defunct HIS Sportswear and rose to be a sales manager. But by the early 1960s, he had his own ideas, like a fashion-driven jeans line that would pull more than the $3 going rate for a pair at the time.

“I called my boss who was in New York,” Segal told WWD in an earlier interview. “It’s midnight there and he got so mad, he said, ‘Go do it yourself.’ So I did.”

“Denim was his first love, his first excitement, going way back to the 1950s when he was a traveling salesman,” said Sharon, explaining that he introduced styles in leather, velvet, and with flared legs, and relished discovering new brands, including Chemin de Fer, A. Smile and Brittania.

After making his fortune in denim and real estate, Segal hobnobbed with celebrities and influential figures, including hosting the Dalai Lama when he visited L.A. in 1989.

“You’d be sitting in your store, and he’d come through with a group of Buddhist monks on a tour. Fred was on a spiritual path before everyone,” said Braden, pointing out that the mantra, “Look See Feel Be Love All” was on Fred Segal shopping bags, and that later in life, the retailer became a peace activist, opening a Peace Park in Malibu. (He also had plans for a “green” marketplace in the early 1990s, before sustainability had become the topic in fashion it is today.) 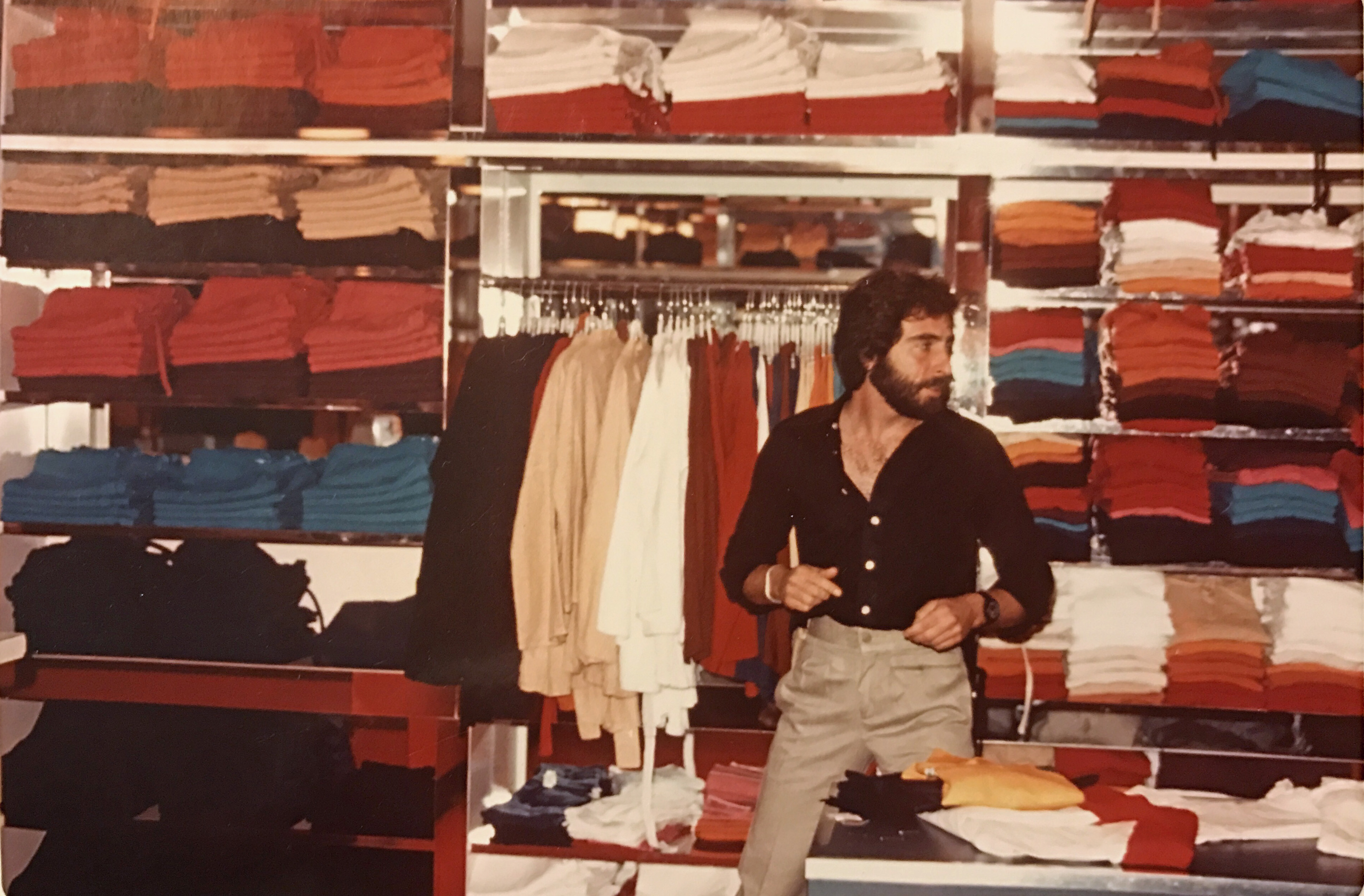 Ron Robinson at the Melrose store in the mid-70s.  Courtesy of Ron Robinson

Segal and his family maintained ownership of the brand’s intellectual property until 2012, when he sold the licensing rights and all intellectual property to Sandow Media. But the physical store on Melrose Avenue that started it all was sold in 2000 to Bud Brown, Segal’s longtime insurance broker. When Fred Segal in 2017 moved from the Melrose location to a new flagship on Sunset Boulevard, the ownership of the physical store and the classic Fred Segal signage outside caused a protracted legal fight over it.

Although Sandow said upon its purchase of the Fred Segal IP that it was making a long-term commitment to the brand, it did not last. Licensing company Global Icons took over ownership of the brand in 2019. The company has since closed several international Fred Segal locations, but is set to open a flagship in Las Vegas.

Jeff Lotman, the current chief executive officer and owner of Fred Segal, said this of the brand’s legacy: “We are deeply saddened by the passing of our founder and original curator of cool, Fred Segal, who created a retail scene that continues to be the heart of LA pop culture…His forward-thinking concept continues to discover and support up-and-coming designers,” Lotman said. “We’ll continue to honor Fred’s legacy by always offering an unparalleled retail experience, searching out new brands, bringing LA style and culture to people around the world, and loving one another.”

According to the family, Segal did not want a funeral. Instead, there are plans for a future celebration. 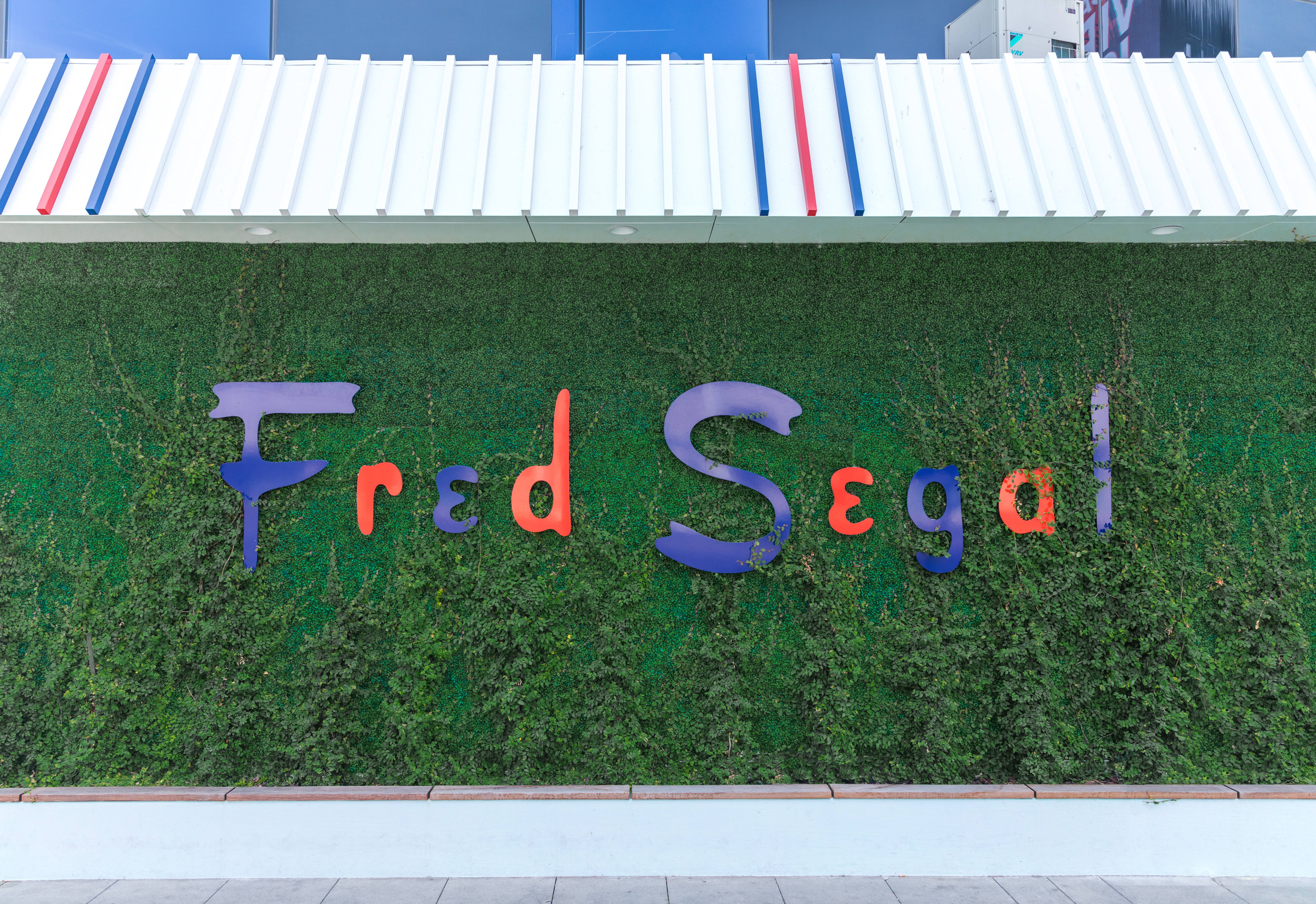