PARIS — The yellow vest antigovernment movement gained momentum again during the post-holiday season, with the number of demonstrators rebounding and violent incidents on the uptick Saturday, including an attack on a government ministry building and the assaults of police officers in Paris.

The demonstrations that began two months ago as a protest over gas taxes snarled holiday shopping, denting retailers’ revenues in the run-up to Christmas. If ongoing, they will continue to dampen consumer sentiment during the official sales period, which kicks off in most of the nation on Wednesday. 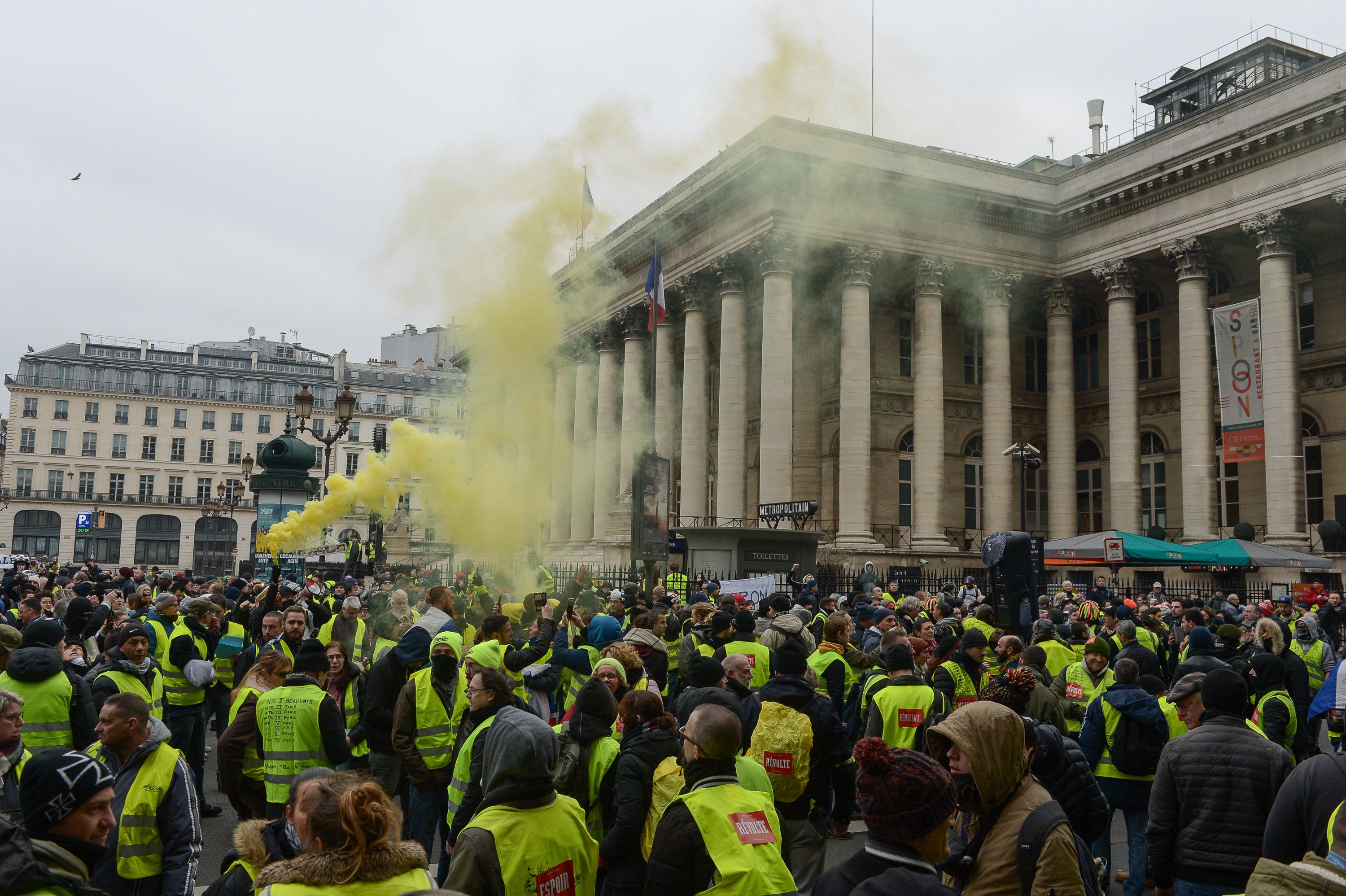 On Saturday, the tony Avenue des Champs-Élysées, lined with stores such as Louis Vuitton, Cartier and Sephora, was closed for hours, as was the bridge leading to the National Assembly, among other locations. Protesters and casseurs (or breakers) broke into a Left Bank government building on the Rue de Grenelle, causing Benjamin-Blaise Griveaux, the French government’s chief spokesperson, to be evacuated.

Clashes also took place in areas of the French capital, like near the Orsay museum on a pedestrian bridge, where a police officer was attacked. Another officer was struck by a bicycle hurled from overhead. Some vehicles were set ablaze, including on the Boulevard Saint-Germain.

France’s President Emmanuel Macron wrote on Twitter: “Once again, the republic was attacked with extreme violence — its guardians, representatives, its symbols. Those who commit these acts forget the heart of our civil pact.”

By Sunday, the demonstrations had died down, save for a few hundred female yellow vest protesters, who gathered in Paris and Toulouse.

The Yellow Vest movement, which takes its name from the fluorescent yellow reflective safety vests (or gilets jaunes) sported by its demonstrators, is now fueled by a range of frustrations over declining living standards in France. 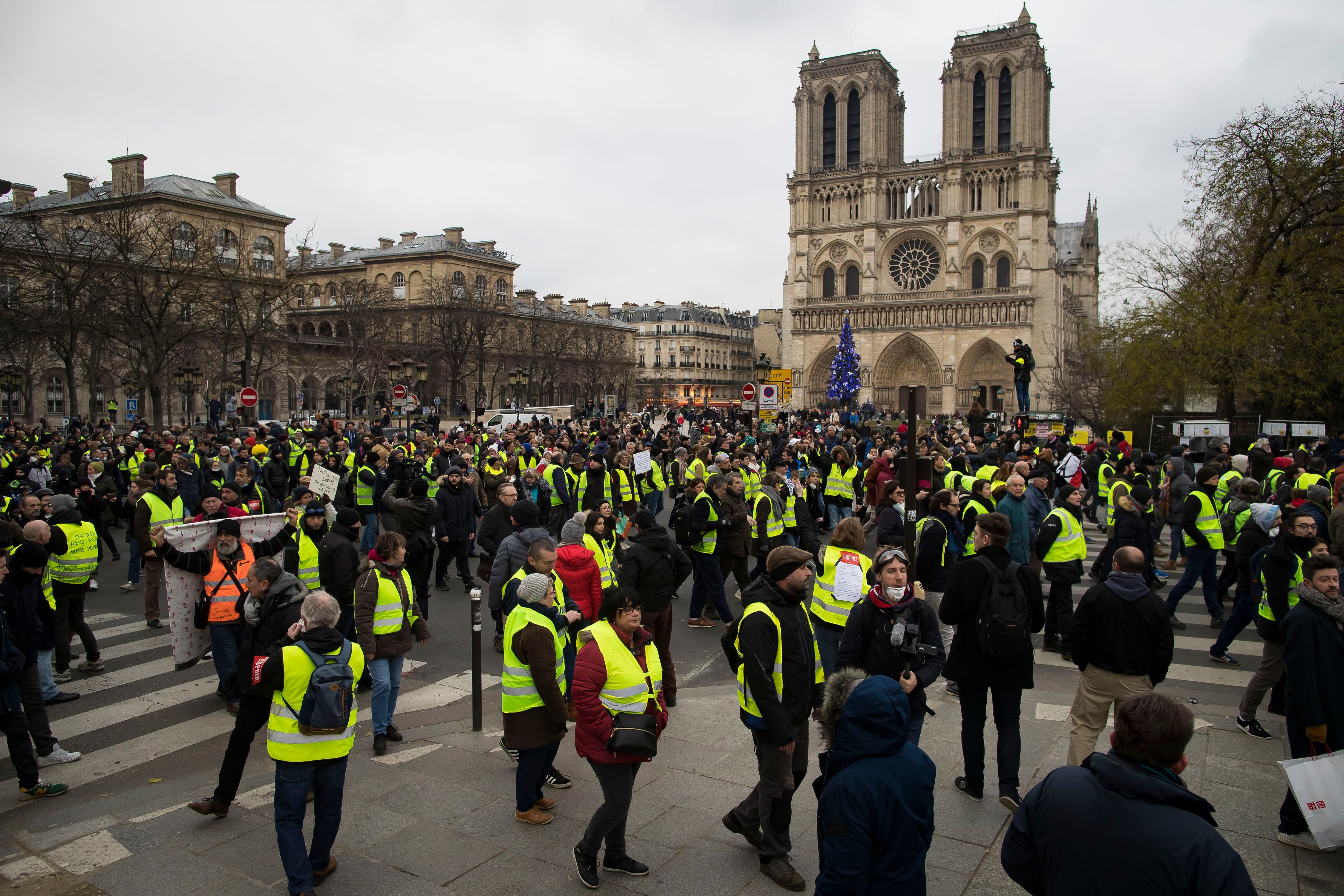 On Dec. 10, Macron sought to contain the damage by pledging a series of measures aimed at raising living standards, such as increasing the minimum wage by around 100 euros a month.

Adding to the tension nationwide, French officials declared a state of emergency after a terrorist attack in Strasbourg, France, on Dec. 11 that killed four people and wounded 12. The country’s national security alert system Vigipirate was raised to the highest threat level.