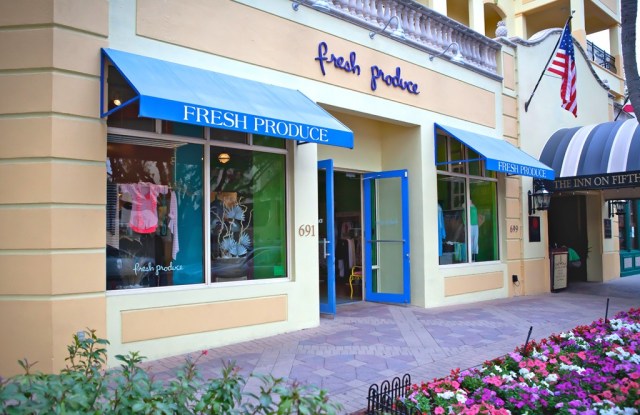 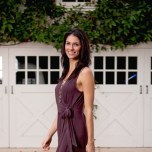 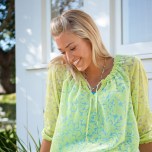 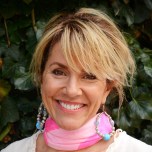 After 30 years of slow and steady growth, primarily in the South and Southwest U.S., Fresh Produce Clothing is ready to kick it into high gear.

“It feels like this is a baby we’ve been raising and we’ve quietly done it, but people need to know,” said Mary Ellen Vernon, chief executive officer and co-founder with her husband, Thom, of the Boulder, Colo.-based firm. “We’re making a little noise. We want to grow to our full potential.”

Fresh Produce, designed by Vernon, is known for its soft fabrics, coastal-inspired colors and original prints in sizes XS to Extra Fresh plus sizes and children’s. Everything about the brand is meant to evoke the feeling of calm well-being of a resort vacation, from the comfort and ease of the garments to their price and color. “Coastal is just a lifestyle to me,” Vernon said. “We iced the cake with the prints, complementing the ease and comfort and personality of the products. We like to be on-trend but not trendy.” There are 27 different prints in the collection, such as Fiji’s traditional design, which appears on a voile tunic for $49, and Tunisia’s delicate wispy pattern on a twist front top, $59.

Fresh Produce’s aggressive growth plan includes doubling the store count from 25 to 50 units in three years. From the two to four openings planned for this year, store growth will ramp up to 18 units in 2015.

The company operates stores in nine states — including Arizona, California, Colorado, Florida, Georgia, Massachusetts, New Jersey, North Carolina and South Carolina — as well as the U.S. Virgin Islands. In the warm weather markets, Fresh Produce has selected 17 additional locations in Florida and 19 in California. About 137 sites in cooler climates have been chosen, including 10 stores in Chicago and eight in Boston. Asked how many units Fresh Produce could ultimately support in the U.S., Vernon said, “We stopped counting at 300.”

Fresh Produce is sold in 500 wholesale accounts across the U.S. There also are 13 Handpicked stores, which are independently owned and operated, high-volume retailers that commit at least 90 percent of floor space to Fresh Produce merchandise and carry the Fresh Produce name on their marquees.

Online sales at Fresh Produce are expected to double this year, according to Vernon, who said Fresh Produce stores do sales per square foot in the high $400s to mid-$500s.

While international is some years away, Vernon is keen on Australia. “We naturally say that Australia is the perfect complement,” Vernon said. “It’s the opposite season from the U.S. with the perfect lifestyle.”

The Vernons met on the Kansas State University track team. After graduation, they moved to Long Beach, Calif. During the 1984 Summer Olympics in Los Angeles, Mary Ellen silk-screened T-shirts in bright colors and made custom jewelry, which she and Thom sold in the parking lot across the street from the Coliseum. “We would print T-shirts all night in my apartment, sell them all day and buy new T-shirts to print. We sold $40,000 worth in three weeks.” At that point, the Vernons decided to quit their day jobs and launch their own business.

Fresh Produce this month will launch silver jewelry embellished with natural and semiprecious stones and beach-inspired designs. “The woman who knows us wants to go 360 degrees with us,” Vernon said. “I could see us doing home. There will be sunglasses to footwear. Those are things that get us excited.”