The 86,000-square-foot unit at the Beaugrenelle mall opens at a tough time for French retail, with another national transport strike looming.

The Galeries Lafayette department store at the Beaugrenelle mall.

PARIS — Despite a tough economic environment, Galeries Lafayette’s love affair with Paris shows no sign of abating. The retailer is preparing to open its third unit this year in the French capital, with the launch of its department store at the Beaugrenelle mall near the Eiffel Tower.

At just over 86,000 square feet, the store due to open on Nov. 12 is relatively small, but provides Galeries Lafayette with a crucial foothold in the west of Paris following the recent closure of its unit in the Montparnasse Rive Gauche mall, attached to the major subway station of the same name.

Olivier Bron, director of operations at Galeries Lafayatte Group, noted it was the department store chain’s fifth opening this year, including a flagship in Shanghai, and the third in Paris, after its store on the Avenue des Champs-Elysées in March and its Eataly franchise in the Marais district in April.

“We have switched to much smaller store formats than we used to open in the past, with a much more edited selection,” he told a press conference held in the organic concept restaurant Grand Beau, located on the third floor of the building with panoramic views of the Seine river. 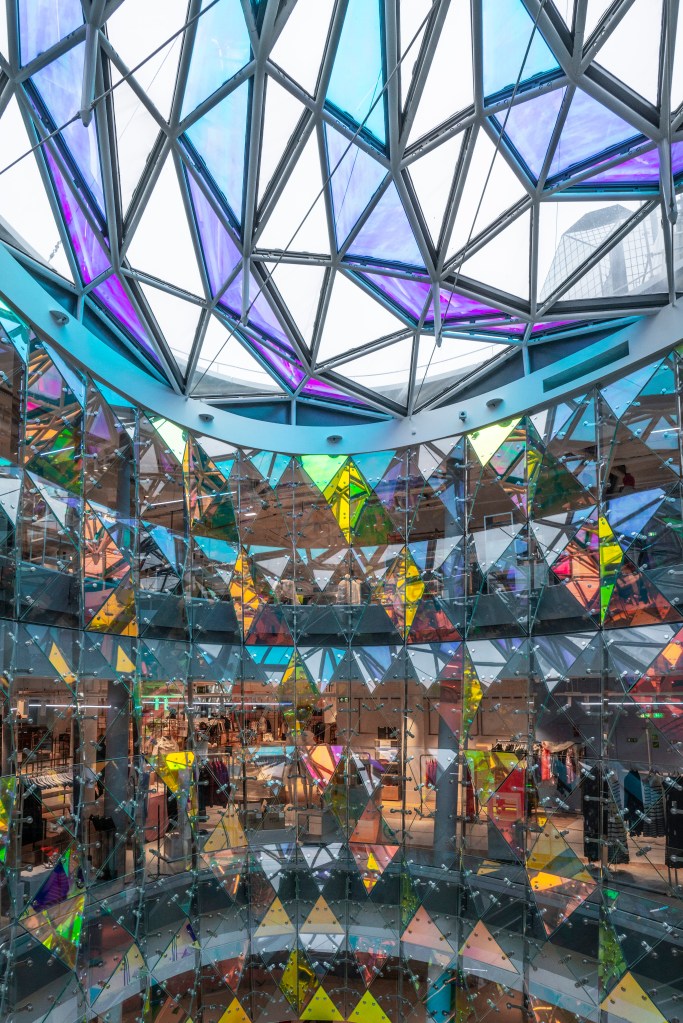 The opening comes at a tough time for French retailers, who face sluggish demand and ongoing social upheaval. Sales of clothing and textiles in France fell 1.3 percent in value terms in the first nine months of the year, according to the latest data from the Institut Français de la Mode.

Galeries Lafayette’s Champs-Elysées store has performed below expectations, and antigovernment demonstrations by so-called yellow vest protesters continue to disrupt business at its regional stores in French cities like Toulouse and Nantes.

Bron said while the yellow vest protests have died down in Paris, tourism and footfall on the Champs-Elysées have been impacted. “We’ve noticed that weekends remain quite soft,” he said, adding that Galeries Lafayette is nonetheless “very satisfied” with the impact of the store in terms of image and customer experience.

However, he cautioned an indefinite national transport strike, set to begin on Dec. 5, could once again ruin the holiday season for the retail sector, which was heavily hit last year after clashes between yellow vests and police put Paris on lockdown.

“At this time of the year, it could be catastrophic for us,” Bron said, noting that transport strikes have previously slashed turnover on Saturdays by up to 70 percent. “I’m worried about the consequences on the French retail ecosystem in the medium term.”

The Beaugrenelle aims to cater to a young, urban mix of residents, office workers and tourists with a selection of 400 brands, ranging from established names like Nike, Coach and Levi’s to smaller labels like Self-Portrait, Rejina Pyo and Ganni, said Marianne Romestain, head of buying and merchandising at Galeries Lafayette Group.

Built around a kaleidoscopic glass atrium designed by architects Valode & Pistre, the space was previously home to a Marks & Spencer flagship and several restaurants and stores, some of which have been transferred to the building across the street, linked by a glass walkway.

“The combination of Galeries Lafayette and Beaugrenelle will allow us to attract a greater number of tourists, whose numbers are already very significant, since they account for around 30 percent of footfall,” he said.

Opened in 2013, the Beaugrenelle mall — located in a Paris neighborhood known for its office towers dating back to the Seventies — draws 13 million visitors per year and hopes to reach 15 million within three years, he added.

With some 100 tenants ranging from Guerlain and Sephora to Zara and Uniqlo, as well as restaurants and a Pathé cinema, it has revenues of around 300 million euros per year, Bansay said.

The ground floor of the Galeries Lafayette store is home to a beauty section combining brands like Dior and Chanel with natural and responsible cosmetics from D-Lab, Huygens, Saeve, Patyka and more. It sits alongside leather goods by brands including Longchamp, Guess, Cult Gaia and By Far.

The first floor is home to women’s accessories, with three multi-brand spaces for footwear and a jewelry section featuring niche brands such as Zoë Chicco, Caroline Najman, Atelier Emma & Chloé and Alighieri. Women’s wear, lingerie and the kids’ section sit on the second floor. 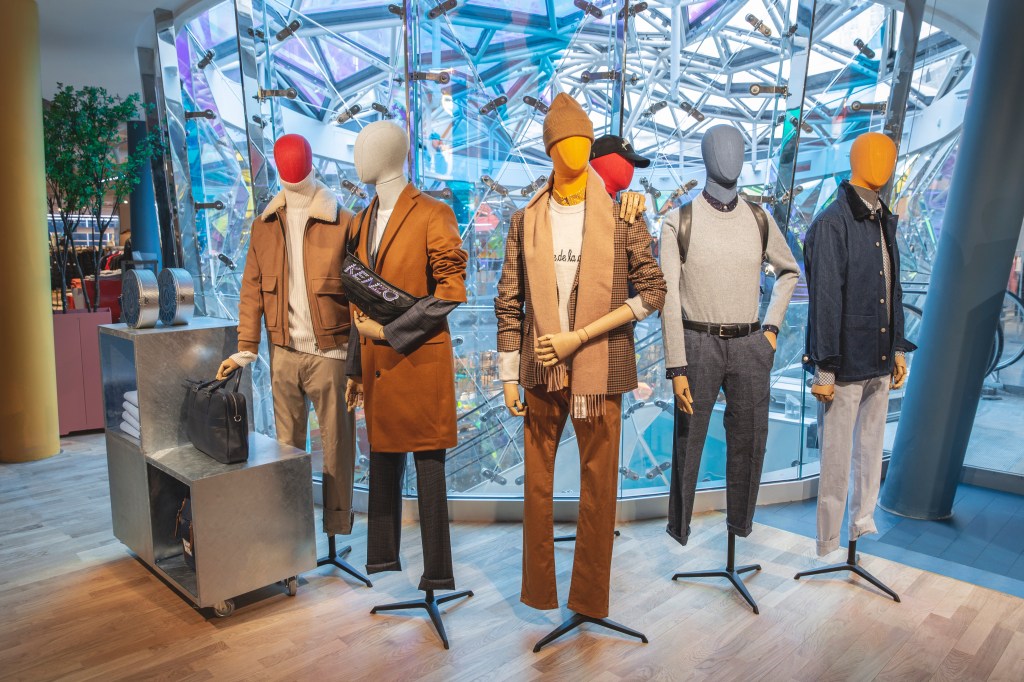 Men’s wear on the third floor includes fashion and streetwear labels such as A.P.C., Maison Kitsuné and Kenzo; French must-haves from the likes of Maison Labiche and Cuisse de Grenouille; sporty pieces from mainstream brands such as Adidas, Champion and Fila, and more formal clothes from Hugo Boss and De Fursac.

Among the multibrand spaces are two dedicated to responsible fashion featuring women’s wear, men’s wear and beauty labels selected by Galeries Lafayette as part of its “Go for Good” initiative, now in its second year.

Services include click and collect, mobile payment, online reservation and tax-free shopping. Customers will have access to a beauty treatment area, VIP lounge, virtual fitting room, nail bar and customization areas for sunglasses and jeans. Galeries Lafayette hopes to add a rooftop terrace in the future.

Bron said that in the next few weeks, Galeries Lafayette plans to equip its more than 3,000 sales associates in France, including those at Beaugrenelle, with smartphones that give them access to stock information, online sales and training, and can also act as mobile payment terminals.