As it prepares to celebrate the 100th anniversary of its iconic glass dome, the French retailer is renovating its Boulevard Haussmann flagship.

By Joelle Diderich and Miles Socha on July 18, 2012
View Slideshow 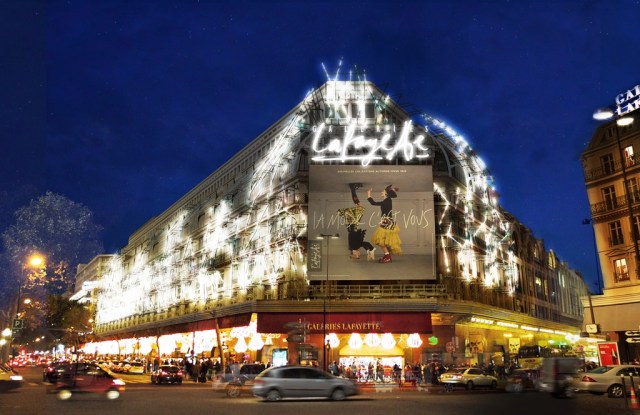 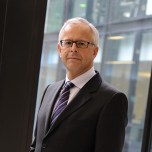 PARIS — As it prepares to celebrate the 100th anniversary of its iconic glass dome in October, French department store operator Galeries Lafayette is busy renovating its sprawling Boulevard Haussmann flagship to make sure it remains one of the city’s top tourist attractions.

The 710,000-square-foot Boulevard Haussmann store, which drew more than 30 million visitors last year, will see more than half of its selling space completely revamped and extra room for services geared to foreigners, which represent a little less than half its customers.

“What we are seeing is that more and more people are visiting the Boulevard Haussmann store every year, so there is a need to bring more comfort to our customers,” Delaoutre told WWD.

“Clearly, this store is a retail icon, so we are working on its unique facade, with a restoration of the dome, to make sure we occupy the number-one spot worldwide among department stores,” he added.

Some of the changes planned include:

• Installing computer-controlled LED lighting on the facade and dome under a six-year contract with designer Yann Kersalé.

• Widening the aisles on the ground floor of the main building.

• Doubling the surface devoted to accessories, with increased space for leather goods, watches and jewelry replacing ready-to-wear on the first floor.

• Adding an extra floor to the Chanel, Cartier, Louis Vuitton and Dior boutiques, with internal staircases linking the two levels.

• Revamping and expanding the men’s store, with a floor dedicated to luxury accessories and the world’s biggest men’s shoe department.

• Moving the Lafayette Gourmet food hall across the road to Lafayette Maison to create a lifestyle superstore housing a supermarket, restaurants and homewares.

After mulling further international expansion for five years, the chain is ready for a significant push that includes plans to open between five and seven new overseas locations before 2015, including Jakarta, Indonesia; Beijing; Istanbul, and Doha, Qatar. It is also looking for locations in Saudi Arabia and Europe.

“Today, clients’ tastes and the products on offer are international. So those who remain local are under pressure,” Delaoutre said.

Last year, the retailer posted revenues of 2.9 billion euros, or $4.04 billion at average exchange, a 7 percent gain versus 2010 despite general weakness in the apparel segment. Sales in the Paris flagship gained 14 percent, compensating for a 2 percent gain in its provincial stores.

Delaoutre said despite indications of a slowdown in growth in China, he expected Asian customers to continue flocking to the store.

“Everything tells us that in the next three years, we are going to continue seeing more and more Chinese customers, because many of them have yet to venture outside China. They all want to come to Europe, and France is their favorite destination. In France, Paris is the city they dream of and, in Paris, they want to see Galeries Lafayette,” he said.

The domestic outlook is more somber, with clothing sales falling 5 percent in the first five months of the year, according to the latest data from the French Fashion Institute, or IFM.

Delaoutre warned that the group faces a repeat of the sharp slowdown of 2008, when sales at its provincial stores fell 2 percent. Nonetheless, he remained positive about France in the long run.

“For several years, we have been recording growth of two or three points above the market average. We continue to invest in our network — we currently have a number of stores under renovation — and we continue to bring in new brands and upgrade our offer. We may live through a crisis year in 2012, but as of the end of June, we had not recorded a drop in sales in our provincial stores. I think we are going to continue gaining market share,” he said.

In the last year, it has upgraded its Web site to offer more brands and cope with increased traffic, and in September, it will launch a “click and collect” service in three stores in Lyon and Nice.

“It’s the beginning of a world without barriers between Internet and stores, which will be extended, of course, after we run the relevant tests,” Delaoutre said.

He hopes to develop in-store services accordingly, so that sales associates can locate items not available on location and offer to have them delivered directly to a customer’s home. In 2013, the store will launch a new loyalty scheme with instant benefits at the cash register.

Founded in 1969, the family-owned jeweler posted 2011 sales approaching 50 million euros, or $69.6 million at average exchange rates. It operates 34 boutiques in Paris and its environs.

Galeries Lafayette chief executive officer Philippe Houzé said the acquisition underscores the retail group’s ambition “to become an important player in this key market. It speaks to our multispecialist strategy and allows our department-store division to reinforce its holdings in jewelry and costume jewelry.”

The retail group already controls the Royal Quartz and Louis Pion watch chains, in addition to its department stores, Galeries Lafayette and BHV.