Despite slumping sales and impatient investors, Gap executives say the $6.8 billion business is poised for revival through a major overhaul. 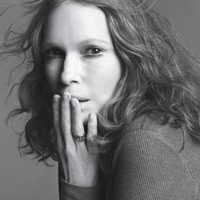 NEW YORK — Gap is pulling out all the stops in what will be a pivotal fall season.

As pressure for change mounts, amid slumping sales and investor impatience, Gap brand executives say their $6.8 billion business (the largest division of the $16 billion Gap Inc.) is about to climb out of its hole and that they are reworking just about every aspect of the operation to show a difference this fall.

Among the maneuvers is one of the company’s most complex and ambitious advertising campaigns. It kicks off July 20 and is marked by a return to TV advertising after over a year’s absence. There’s also radio advertising, which hasn’t been done since the late Nineties; outdoor ads for the first time in two years, and print ads. It will be supported by in-store events at key locations, including live bands, shopping parties with stylists, customized T-shirts and redesigned shopping bags.

The message centers on what executives called the “reinvention of Gap iconic items” in updated silhouettes, styles, colors and fits. And for the first time, the advertising will unfold in three different installments during the fall season, and for holiday, there will be two installments of the campaign. In the past, Gap would sustain a single theme through an entire season, even if it grew tired fast. For this fall, however, there’s one for denim kicking off next week, apropos for back-to-school. Four weeks later, ads focus on T-shirts, and four weeks after that, it’s all about cropped black pants.

Although complicated in its development, the ads are reminiscent of past Gap campaigns, with familiar elements such as dancing, heavy use of black-and-white portraiture, the focus on a single item and a mix of celebrities and models in poses that seem intimate and personal. Among those in the upcoming ads are actors Jeremy Piven and Mia Farrow, singer Natasha Bedingfield and model Eva Herzigova.

There is also subtle use of the Seventies slogan “fall into the Gap,” which hasn’t been seen in about a decade, with the same melody. Discretely on the bottom of some ads, pyschedelic wavy doodling will reappear, another signature from the Seventies.

“This is a real return to the whole concept of individuality applied to an item,” said Trey Laird, of Laird + Partners, Gap’s creative agency. “The Gap is really great at surrounding such simple things as T-shirts and jeans with [an aura] of sophistication, coolness and a sense of style.”

Along with the marketing buildup, Gap has been accelerating store remodels that started with prototypes in Denver and have spread to 60 sites this year. They feature better lighting and outfit display, and sharper demarcation between items and women’s and men’s wear. Sixty units will get overhauled next year. Another 200 key stores are getting spruced up, with new paint, mannequins and display tables, and adding “dedicated” visual display associates, as a prelude to full remodeling. The stores are being remerchandised with shop concepts to make stronger statements in T-shirts, jeans, activewear and better. The idea is to focus on categories, rather than the entire collection.

At the moment, windows have been darkened as a teaser for the launch of the campaign.

The company also has been equipping sales associates with greater product knowledge and training them to better engage customers.

On the product side, executives said improvements have been made on fit, color and fabrics. With jeans, for example, “there’s no one hero silhouette,” Laird said, referring to how Gap merchandised in past seasons. Instead, there’s a much greater variety, including skinny jeans, trouser jeans, straight legs and skirt jeans, among others, getting equal attention. While reviving the cropped black pant, it’s with a front zipper instead of the side zipper. It’s also slightly lower on the waist, but not low-waisted.

“It’s a very pivotal season. The investor community places high urgency on it,” said Mark Montagna, analyst at CL King & Associates. “Paul Pressler [Gap Inc. president and chief executive officer] has pretty much laid down the line saying they will get it right this fall. This time people are really going to hold him to it.”

“This is a very critical fall for them and especially for Pressler,” said Robert Kerson, of the executive search firm bearing his name. “He has to just do it, and do less talking about it. The analysts are tired of waiting. It will force changes if Gap doesn’t have a good fall. The company must show some increases and show shareholder value. You will hear a drumbeat right after back-to-school. They will know certainly by the early part of October how fall is going.”

In a related development, Old Navy, the company’s second-largest division, also is reworking product and adding some higher price points, as well as developing a new store design.

The Gap brand’s new advertising is one of the biggest and most complex campaigns ever developed by Gap. It’s the first season to reflect the combined efforts of several new players on the teams, including Cynthia Harriss, president, and Charlotte Neuville, executive vice president of Gap adult design and product development.

In the initial “Jeans Take Shape” TV ads, filmed by director Francis Lawrence, female dancers wear skinny jeans, miniskirts and long-sleeved shirts; the men wear dark, straight-leg jeans and jackets. As each person dances, their look transitions from one outfit to another, illustrating a range of denim silhouettes. The 30-second spot will run on network and cable TV through Aug. 17 on shows including “Grey’s Anatomy” and “The O.C.”

The print campaign, photographed by David Simms, mirrors the TV ads by highlighting denim silhouettes in pops of denim blue colors against a black-and-white background, and blue graphics that illustrate the names of different fits including “the skinny” and “the boyfriend.” Print ads will run in August issues of magazines including Vanity Fair, Vogue, In Style, GQ and Rolling Stone. Radio ads run in select markets July 19-30.

“We need to give our customers something new and something to talk about on a monthly basis,” said Kyle Andrew, vice president of Gap marketing. “We must keep them engaged more than four times a year.”

Andrew characterized the upcoming campaign as a “celebration of a return to iconic categories. We’re celebrating denim, celebrating our T-shirts, celebrating our hoodies. We are making a big deal of the product we always loved and our customers always loved. We will always evolve and keep our product current and fresh, but we also want to make sure we have the best hoodies, the perfect pair of jeans, the perfect pair of black pants. You should always be able to find that at the Gap, and we will have great new product campaigns to back them up on a much more frequent basis.”

Andrew added, “In the past, we have done a good job of introducing new product or a new campaign, or educating our sales force team. There was more of an emphasis on certain things” at the expense of others. “This fall we have really gone after every aspect of our business that touches our customer. Every touch point has to be great. Gap can’t just come out with great product and have an unsatisfactory store experience. We want to provide a wholistic experience on every aspect. This fall, we have gone after everything. There is a sense of urgency. We also have a new team,” led by Harriss, who became president last year, as well as Neuville, who joined last fall. Andrew said it’s the new team’s first real expression of the brand.

She declined to specify the cost of the ad campaign, but said: “It’s not so much about the spend. We are spending in line with what we spent in the past. It’s more about the amount of messages.”

While fall will have three campaigns, holiday will have two. Previously, both would have just one. “We will definitely make a big impact every month. We need news all the time … Our teams are working like crazy.”