Next Phase for Hill City: Let’s Get Physical

The brand is exploring new distribution channels and viewed as a template for developing brands Gap Inc. brings to its portfolio.

Gap Inc. is taking Hill City “out from behind an iPhone screen” and into the brick-and-mortar realm.

That’s the word from Noah Palmer, head of Hill City, discussing what lies ahead for the fledgling Gap Inc. men’s active brand.

Hill City isn’t ready to open bona fide retail stores. Yet the team is cautiously setting the groundwork for a possible rollout one day with a string of strategies launching this season to raise the brand profile and the distribution.

Among the plans: wholesaling the collection at specialty retailers and on third-party web sites; opening a pop-up shop in the heart of San Francisco in mid- or late October, and selling Hill City inside the Athleta sister division of Gap Inc. Next week, Hill City hits the road with a mobile truck selling and spreading the word about the Hill City collection.

“We are definitely moving into a second phase of the business, but we are not in a position of pouring gasoline on it,” Palmer told WWD in an exclusive interview. “We are still really experimenting, building momentum, gaining traction and learning. But we know so much more today than we did a year ago.” 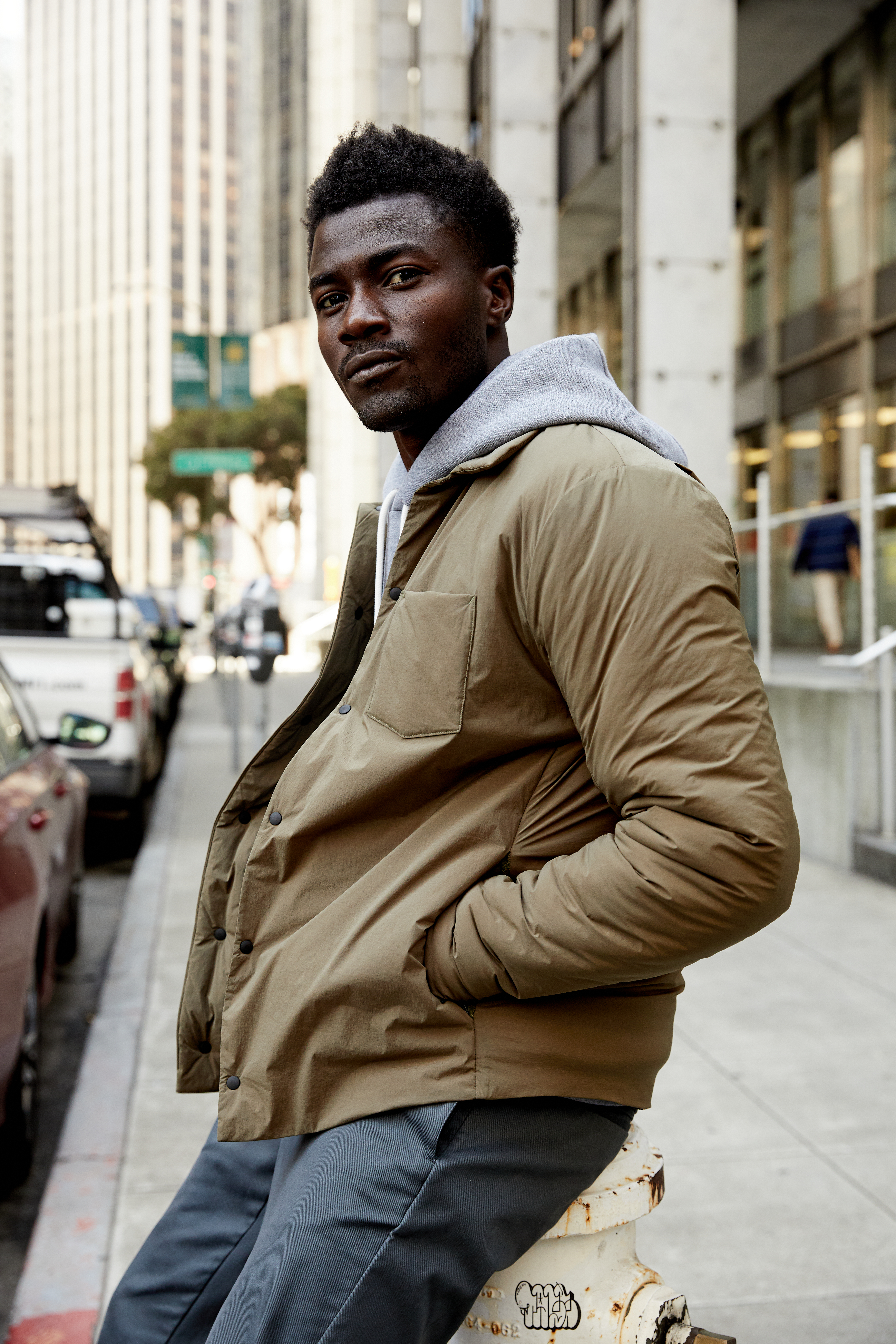 In October 2018, Gap Inc. launched Hill City, a men’s active brand blending performance and comfort with a casual, sleek aesthetic. There’s an element of versatility with, for example, jackets that are lightweight and warm and can be worn to work or for a hike on a trail. Shorts for jogging or swimming are stylish enough to wear out for a cappuccino. Hill City features fabrics that repel water, wick away sweat, have stretch and innovative detailing such as hidden zippered pockets and patented stretch waistbands that aren’t elastic-looking. Forty-four percent of the collection incorporates sustainable materials, with renewable, recycled fibers used to create performance fabrics.

“It’s been kind of a wild year,” said the 6-foot, 3-inch Palmer, a former college and professional soccer player who joined Gap’s management program in 2007 and worked in Old Navy boys and men’s merchandising. “So much of what we believed the brand should be is registering with people.”

Based on the learnings, the brand is advancing past its initial digital-only approach. “One of the challenges of being an e-commerce only brand is it’s a little bit cold. You don’t have that one-on-one interaction when you make a purchase from Hill City online,” Palmer said. “We are recognizing the power of having a more omni-approach, especially as it relates to building a community.”

Hill City merchandise was in 50 Athleta stores for six months, for display purposes only. “It was a brand awareness play,” said Palmer. “People could touch and feel, but you had to go online to purchase.”

In late October, Hill City will be back in Athleta at seven stores, mostly in the San Francisco Bay area, and this time you can buy the products there. Hill City will display on a single fixture 10 best-selling items Athleta customers bought online.

The pop-up, seen operating for just under 12 months, will be in the Hayes Valley section of San Francisco, where “the biggest cluster of our customers are,” Palmer said. At roughly 1,000 square feet, the pop-up will display about 30 percent of the collection. The pop-up will be able to rotate products frequently since it’s only a mile and a half away from the headquarters.

He characterized the pop-up as primarily a marketing vehicle and an experiment “to figure out all the elements that work for Hill City when it comes to running and operating a physical space, whether that’s a small square-footage pop-up or a larger square-footage proper store,” Palmer said. “We want to have a sense of the products or categories that work best in person, a sense of what our employment model needs to be, and how to create a community around a physical space. The pop-up gives us 12 months to learn and hopefully apply down the road.”

Interestingly, Hill City’s development is viewed as the template for incubating other brands that Gap Inc. could acquire in the future, Palmer said, without giving any indication that an acquisition is imminent. Throughout its history, Gap has acquired Banana Republic, Intermix and Athleta. The retailer is planning to spin off Old Navy, its largest division, through an initial public offering. In the aftermath, Gap Inc. becomes a separate public company, and is likely to pursue brands to build up the business again.

As Palmer told WWD, “The primary role is for Hill City to serve as a blueprint that can be adapted, copied and done again, if you think about any other brand that can be incubated, built, launched and scaled internally. It’s a muscle that is being built. Our job is to whack some of the weeds that make it hard to build a brand. It should be progressively easier as it’s done again and again.” 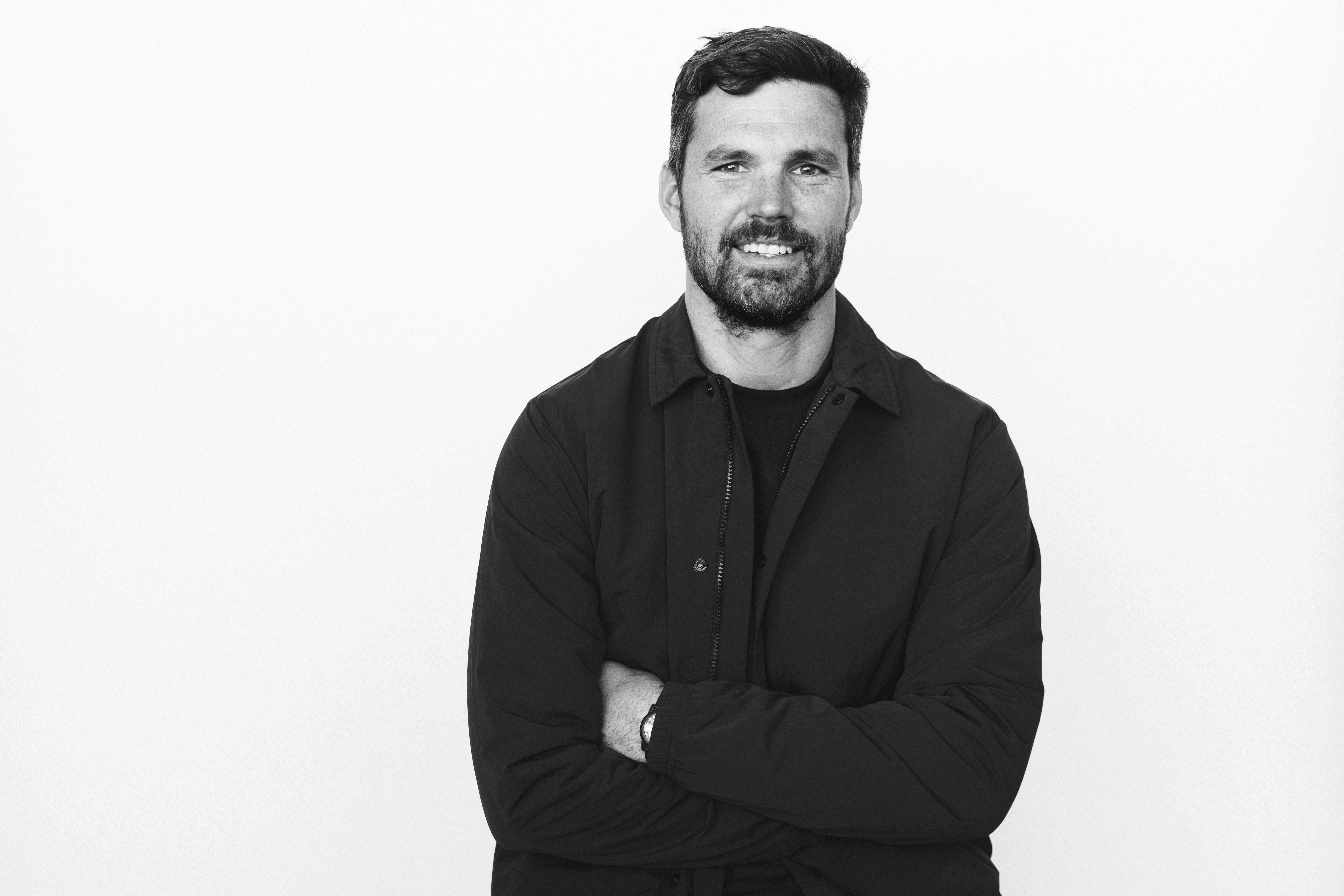 After a year in business, there’s “confidence” in the Hill City product, though “so much of our challenge is in building brand awareness and having direct customer interactions,” Palmer said. He’s pleased with the number of customers and potential customers reached. “But there is a lot of work to do. It’s not always easy to get a customer to come to us, but there is nothing preventing us from going to where we think the customer is.”

That’s where the mobile truck comes in. “We can take it to a trail race, a festival, where our customer is.”

With wholesaling, Hill City will be testing different situations, and will be sold at six yoga studios, two Westerlind stores, on Huckberry.com, and at Neighborhood Goods, a new department store concept in Plano, Tex.

For Hill City to capture more business — Gap Inc. doesn’t disclose its volume — “We have to take a grassroots approach” to build “a community” of loyal brand customers and having a physical presence. “It’s meeting the customer where he is, having a personal touch, and connecting customers to others.”

One major connection is through Hill City’s wear tester program where selected men provide feedback to the company. “At launch, we had some people that just wanted the free stuff. Now we’re seeing a more genuine interest,” Palmer said. Hill City has about 700 active wear testers and will have 3,000 by the end of 2020. “They are helping us make our products better and the program is paying for itself. Over 70 percent of our wear testers refer friends and family to the brand. It’s something we track. They are walking advertisements. They post on social. They give us feedback. They’re all talking to one another. It’s not easy to get guys to talk to one another about clothes, but they’re doing it.”

With the collection of 200 to 260 stockkeeping units, pants, outerwear, shorts and T-shirts are bestsellers. The “Everyday” pant, priced $128, is the biggest seller, accounting for a quarter of Hill City’s sales. It’s in heavyweight cotton, looks like a chino but has stretch and is water-repellent, sweat-wicking, and has a hidden zipper pocket to fit a phone or a passport. Other bestsellers: the thermal light shirt jacket, priced $158, which is water-repellent and has stretch; merino wool shirt jackets, priced $148, with synthetic lining and light insulation for a softer feel, and the X-Purpose short, priced $58, with stretch, has a hidden zipped storage and is water-repellent.

“Multifunction and utility is built into everything through construction and fabric. That’s really important to us since it allows us to create fewer things,” and shoppers need fewer items to create a wardrobe. “If an item works in a lot of different ways and it looks good, you don’t need to have a lot of stuff,” said Palmer.

“It’s not a 100 percent complete wardrobe,” Palmer acknowledged, with the collection not offering sport jackets, suits or shoes. “It’s a complete casual wardrobe.” 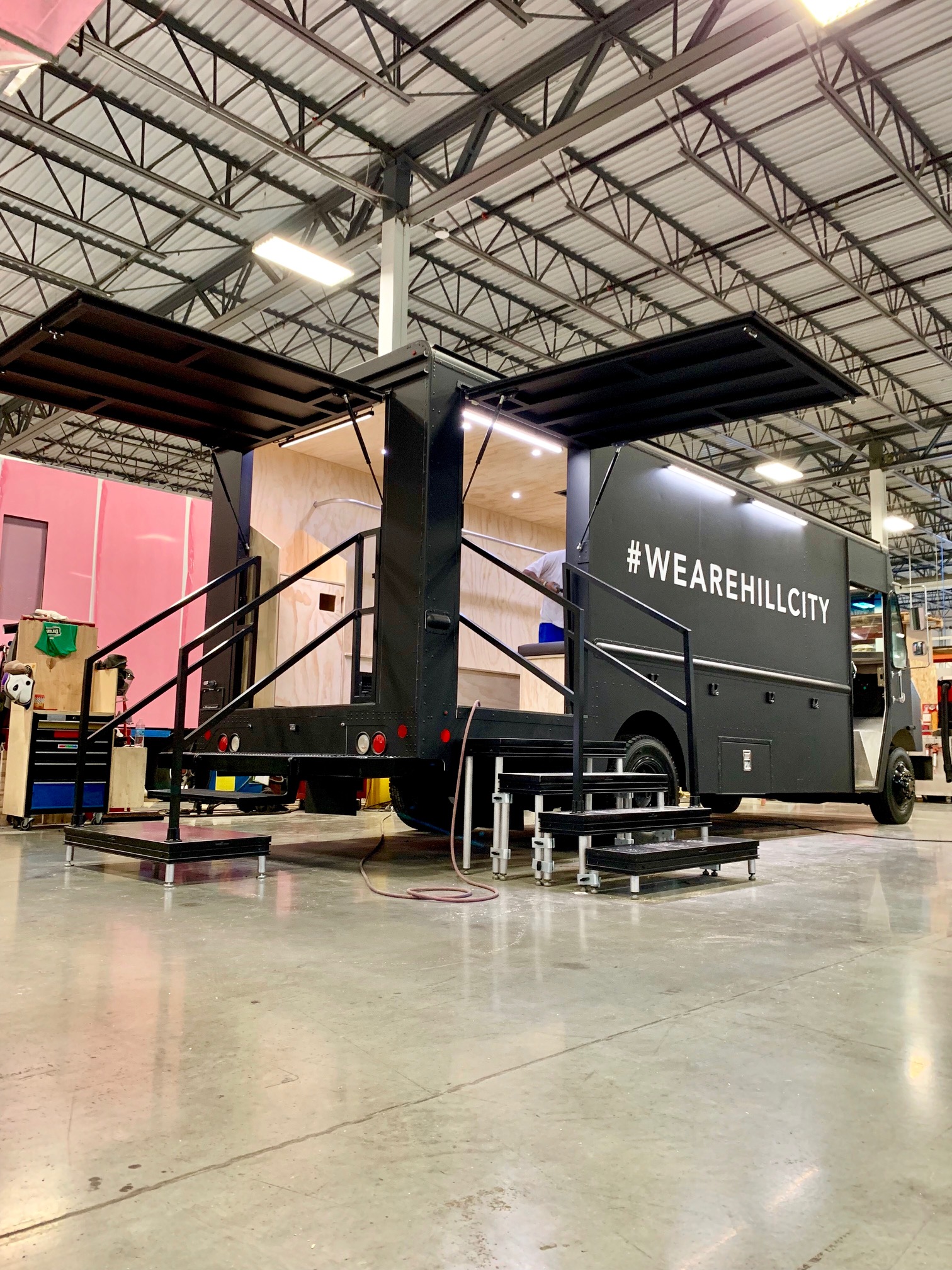