By Sharon Edelson and Holly Haber on November 13, 2009
View Slideshow 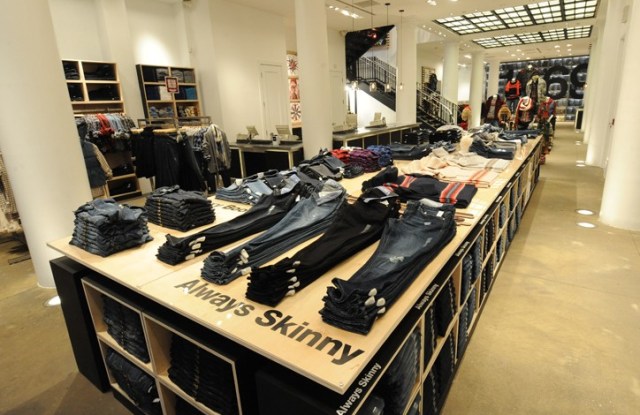 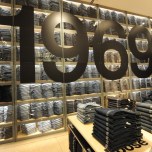 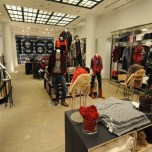 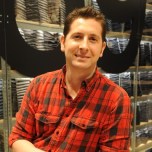 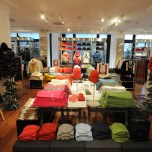 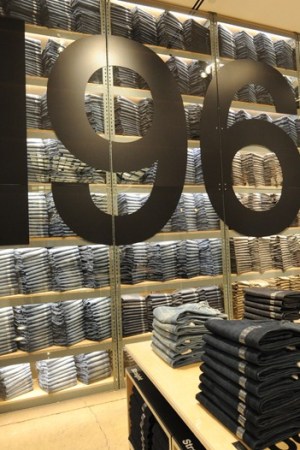 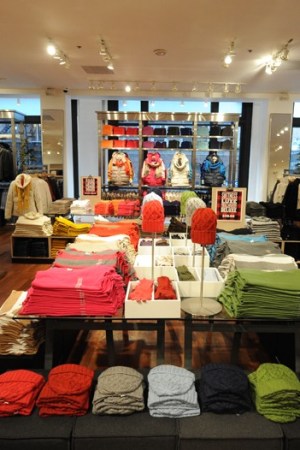 The San Francisco-based retailer is betting heavily on its new 1969 premium jeans collection with an 8,000-square-foot store opening here today at 528 Broadway on the corner of Spring Street.

The first store of its kind, the store is also the first Gap unit to open in SoHo.

The concept picks up where a Gap 1969 pop-up shop that opened in August on Robertson Boulevard in Los Angeles left off. The space was previously a Banana Republic men’s store, which moved to 552 Broadway, where it joined women’s in a new dual-gender prototype. “We had two goals for the store,” said Mark Walker, divisional merchandise manager overseeing the project. “The first was to make a store that really fit SoHo. The second goal was to really feature 1969 denim.”

A 15-foot-high, 24-foot-wide glass wall with an 18-foot-high black 1969 decal at the back of the store leaves no doubt of the focus. Shelves built into the wall hold 2,688 pairs of back-stock jeans bathed in bright light. “We really want to stand for denim, and this shows our commitment to denim,” Walker said.

Materials such as natural plywood, raw wood and concrete for the floors are meant to play up the natural architecture of the space, Walker said. Columns were left in place and painted white. An original metal staircase leading to the second floor was painted black.

The store is meant to evoke a lodge.

Long plywood tables with Plexiglas tops display the jeans, with the name of each style stenciled on the tables beside the merchandise. Cubes beneath the tables hold more stock and easily can be moved around.

“One of the biggest things about the store is the depth of assortment,” Walker said. “We did a lot of work to find the perfect size offering. We have seven women’s fits with 23 different wash options and six men’s fits with 28 options.”

Walker said the problem with Gap’s old jeans line was customers considered it low-stakes — in other words, jeans that one would wear to the supermarket but not out on a Saturday night. “We wanted high-stakes occasions,” Walker said.

The second floor looks more like a traditional Gap unit with items in many colors. “We took the assortment down,” Walker said. “We want to be the editor. We have a lot of items in a typical Gap store that [the SoHo customer] wouldn’t be interested in. Because it’s SoHo, we leaned toward items that are a little more fashion forward and hipper.”

Gap unveiled another prototype in Dallas at NorthPark Center. The store is half the size of its 30,000-square-foot predecessor and just as productive. “It’s our optimal store design, our new format,” said Marka Hansen, president of Gap North America.

Downsizing is consistent with Gap Inc.’s strategy to cut overall square footage 10 percent over the next five years from its fleet of Gap, Banana Republic and Old Navy units in North America.

The original store was “overspaced and underperforming,” Hansen said. Since the prototype opened on Sept. 26, results have been “what we hoped,” she said.

All the same categories remain, including Gap and GapBody, GapKids, maternity, babyGap and men’s and women’s.