Retailer plans to roll out eight to 10 Athleta stores this year, including two in Manhattan, and 50 by 2013. 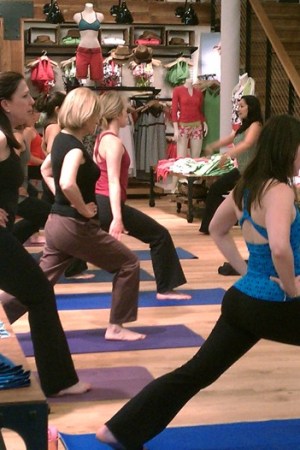 Gap Inc., sensing that sales growth need not be monopolized by the Internet, will roll out eight to 10 Athleta stores this year, including the first two in Manhattan, and 50 by 2013.

Later this year, the brand will open units in Washington, D.C., Minneapolis and Philadelphia, but officials said it was too soon to disclose those addresses. There are also openings this year set for Fashion Island in Newport Beach, Calif., and The Grove in Los Angeles.

Athleta, Gap’s activewear answer to Lululemon Athletica and Nike, was founded as a catalogue in 1998, added a Web site in 2000 and was purchased by Gap in 2008 for $150 million. “When [Gap] bought the business, we weren’t seeing anyone else out there delivering great performance product that’s also feminine and attractive,” Tess Roering, Athleta’s vice president of marketing, told WWD.

Gap, which has been reducing square footage in its North American retail operations, nonetheless opened the first Athleta store in June 2010 as a test, in Mill Valley outside San Francisco. “We decided to keep it open. It never cannibalized sales,” from the direct channels, Roering noted. A second Athleta shop opened at 2226 Fillmore Street in the Pacific Heights section of San Francisco earlier this year. Locations are being determined to a large extent by where the most catalogue and online orders originate. Athleta generally seeks locations 3,000 to 5,000 square feet in size.

Roering said requests for stores have been pouring in. “Women really want to touch the product, feel it, try it on and see if it works for them. The catalogue has been tremendously successful, but to grow the business and provide what women want, we need stores.”

The brand sells apparel for yoga, swim, golf, tennis, cycling, hiking and other performance merchandise for women. There are no plans to provide products for men, but Roering didn’t exclude the possibility. Compared with Lululemon, Athleta’s assortment is wider and less expensive.