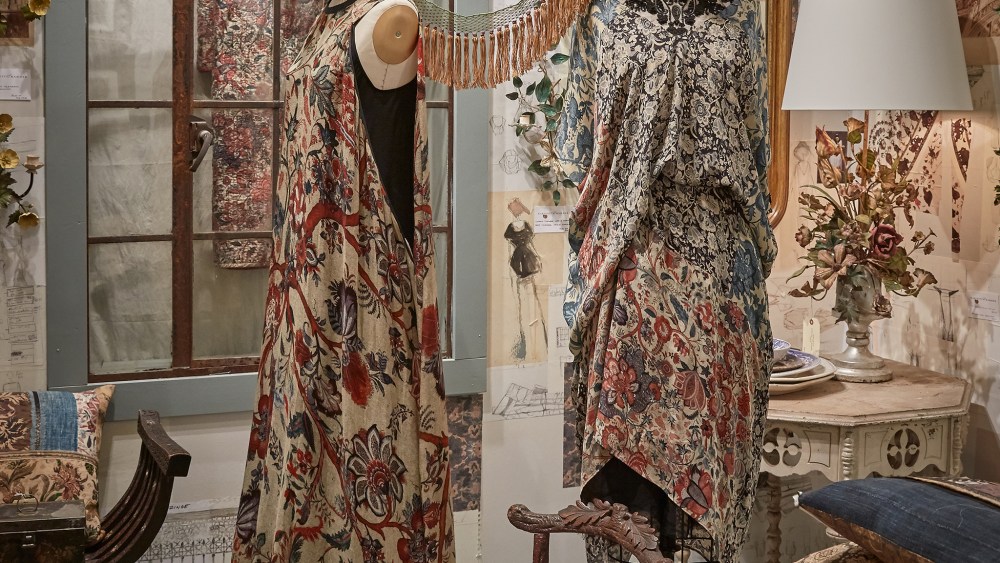 Blending fashion with art, Gary Graham’s 2,000-square-foot store in Manhattan’s TriBeCa has undergone a complete renovation. In business since 2009, the store closed for a week and officially reopened March 31.

The flagship, at 176 Franklin Street, is the designer’s only freestanding store. He also has a 250-square-foot boutique at ABC Carpet & Home, and sells stores such as Barneys New York, Barneys Japan, Trois Pommes in Zurich and Heist in Venice Beach, Calif.

According to Graham, the TriBeCa store previously had a dark “backstagelike” atmosphere which has been transformed into a clean, light, feminine feel with antique touches.

Graham collaborated with Kabinett & Kammer, a design and antiques business. Sean Scherer, an artist and founder of Kabinett & Kammer, created a shop within the Graham atelier where antique maps, porcelain and other period objects intersect with Graham’s fabrics allowing customers to be inspired by the past. Scherer was moved by Graham’s spring 2017 collection, which drew inspiration from the global exchange of goods brought by the Dutch East India Trading Company more than 300 years ago.

Kabinett & Kammer is an art and antiques shop in Andes, N.Y., that Scherer established in 2007. The shop specializes in old school charts, 19th-century natural history prints, and objets d’art. The assortment is mainly vintage and antiques, which he collects throughout the year.

Graham, who launched his fashion business in 2001 and designs his own textiles, said that he always wanted to bring other products into the store, and as a collector of antiques and objects, he felt that Kabinett & Kammer “would be a great fit.” When he met Scherer upstate a few summers ago through friends and visited his store, Graham suggested they should collaborate. “His response was great. He said  ‘redesign your store.'” Graham said his previous decor was very dark “and this kind of builds a bridge to a new customer.”

So far, the response “has been really great,” said Graham. He said customers are relating to the objects and things in the store “and it’s a way to interact and engage customers.” He also said Scherer brought in items that related to the spring collection, such as framed hand-painted floral prints.