After several years of retailers unveiling bells and whistles to attract online shoppers, this year is more about sticking to the basics. 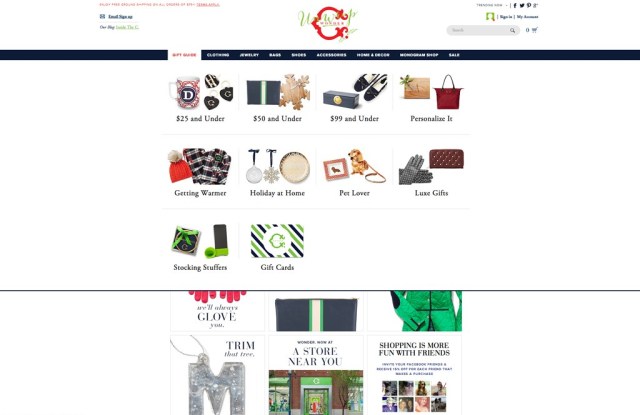 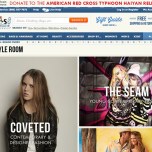 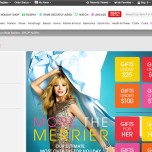 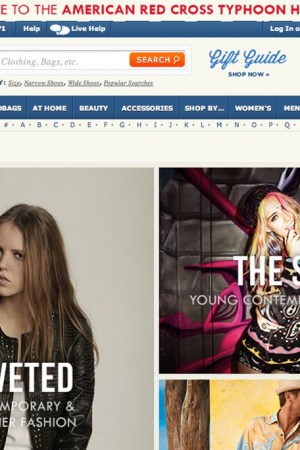 Zappos will be emphasizing The Style Room this holiday season.

The cyber retail wars are heating up — and retailers better make sure they are ready.

Amazon.com already gained a major step on its rivals by linking with the U.S. Postal Service for Sunday deliveries in New York and Los Angeles, raising the ante on shipping dates. But after several years of online retailers unveiling numerous bells and whistles to attract shoppers — from free shipping to online gift lists — this year is more about sticking to the basics in order to focus on being competitive.

“We’re seeing increasing shopper demand for ease and inspiration this season,” said Richelle Parham, eBay’s chief marketing officer. “Last year, we focused on helping people shop on their own terms — leveraging our rich mobile technology to enable shopping whenever, wherever. This year we’re continuing to deliver that convenience through things like our expanded eBay Now same-day delivery service, which can deliver your favorite items from top retailers like Bloomingdale’s and Target in about an hour. We’re also providing new forms of shopping inspiration and discovery through curated collections.”

“The consumer expectations have risen, so you can’t disappoint her in this time period,” said Katherine Bahamonde, C. Wonder’s chief marketing officer and executive vice president of global e-commerce. “We had more volume than our [distribution center] could handle last year — [and] we imploded. People didn’t get their packages in time. With Shopbop and Amazon at two-day shipping, expectations are extremely high; seven-day delivery time isn’t reasonable anymore. You can focus on trending products and what is being shared — but at the end of the day, if you don’t deliver her package in time, none of that matters.”

The brand is trying to learn from its experience last year and launched its online gift guide on Friday. The guide is structured around popular price points with goods listed at under $25, under $50 and under $99.

“We found those are the most clicked on categories on the site, and [shoppers] go right to those products,” Bahamonde said. “Overwhelmingly, that’s how she likes to shop. We learned this last year.”

With 30 percent of C. Wonder’s sales constituting monogrammed or pre-monogrammed merchandise, the retailer will offer a free monogramming promotion at cwonder.com (it’s also the first time the service is available via online), as well as the introduction of Greek-themed letters next Monday.

Brands such as C. Wonder are going to have to keep their game sharp since they’re competing against the online giants such as Amazon, eBay and even walmart.com.

And the Christmas rush is more a rush than ever, with Thanksgiving hitting a week later than it did last year.

EBay has extended its hours to address a shorter shopping season — and the marketplace’s local shopping service eBay Now is offering longer delivery hours and eliminating delivery fees until 6 p.m. on Dec. 24. From Dec. 16 to Dec. 23, delivery hours will be 9 a.m. to midnight, with the exception of Sunday, Dec. 22, where hours will be 9 a.m. to 9 p.m. EBay Now will offer free delivery from Nov. 24 to Dec. 24.

“Thanksgiving is late so we’re all losing a week, but that is the great equalizer, I suppose — that it’s the same for all retailers,” said Bill Brand, HSN Inc.’s chief marketing and business development officer.

HSN got an early start by kicking off its holiday shopping season in October and is working to draw consumers with a gift store and high-ticket gaming prizes — initiatives that are based on analytics collected during 2012’s holiday season.

“We’ve always talked about mobile, but now it has a major seat at the table,” Brand said. By mid-September, HSN’s mobile sales had eclipsed the Web site’s sales for all of 2012.

Given the proliferation of smartphones, mobile is expected to be more vibrant than ever this holiday. A Google study released last month said that half of all U.S. consumers will research holiday goods online prior to Thanksgiving weekend, and 60 percent will make a Web purchase that weekend. Scott Falzone, industry director of retail at Google Inc., said Black Friday will be the biggest mobile shopping day of the year. Forty-one percent of adult shoppers will use a smartphone to either shop or for research this holiday. And out of all shoppers who own a smartphone, 76 percent will use their device to shop this year and 25 percent will transact via their mobile device.

Zappos’ clothing czar, Galen Hardy, said the holiday wasn’t about having “bells and whistles.” The company will continue to underscore the value offered by free shipping both ways, a 365-day return policy and 24/7 call center.

Beyond that, Zappos will also be emphasizing its curated shopping experience, The Style Room, showcasing product by genre: designer and contemporary, men’s, denim, young contemporary and so on.

“People are looking for a curated experience,” Harden said. “They don’t want to sift through tons of products. If you give them one singular area, it makes it a much more fluid shopping experience for the customer.”

In the same vein, eBay is trying its hand at editorializing its content and delivering curated collections by seller. On Oct. 22, the company unveiled a significant update to ebay.com and the roll out of eBay Collections.

The revamp was designed to harness social interactions, including a personalized experience that allows users to mix and match products and create collections, maintain profiles and “follow” other users and curators through a feed. Pharrell Williams, Chris Benz, Solange Knowles, Eddie Borgo, “Mad Men” costume designer Janie Bryant, Cecilia Dean, Lucy Sykes and world champion race-car driver Justin Bell were among the first 200 curators selected by eBay to showcase their shoppable discoveries on the marketplace.

“The community and tastemakers give people a filter through which they can look at our inventory,” Devin Wenig, president of eBay Marketplace, said at the launch event.

Merchants also find themselves competing for the consumer’s attention in an increasingly busy digital space. And shoppers aren’t just turning to stores for gift ideas.

Sixty percent of Twitter users call tweets a “critical resource” in preparation for these blockbuster shopping days. Eighty percent of users start to plan for Black Friday at least one week in advance, versus 69 percent for the average shopper. Saving money remains the top motivator for Twitter users who shop on Cyber Monday, but convenience came in second.

Brick-and-mortar players are aiming to keep up with the pure plays by leveraging their omnichannel assets. Target Corp. said capital expenditures on technology and distribution will likely equal its capital spending on new stores and remodels.

Macy’s Inc. declined to go into specifics about online initiatives for the upcoming holiday season but maintains that the focus continues to be omnichannel efforts, especially integrating inventory and evolving technology (the retailer updated its app earlier this season).