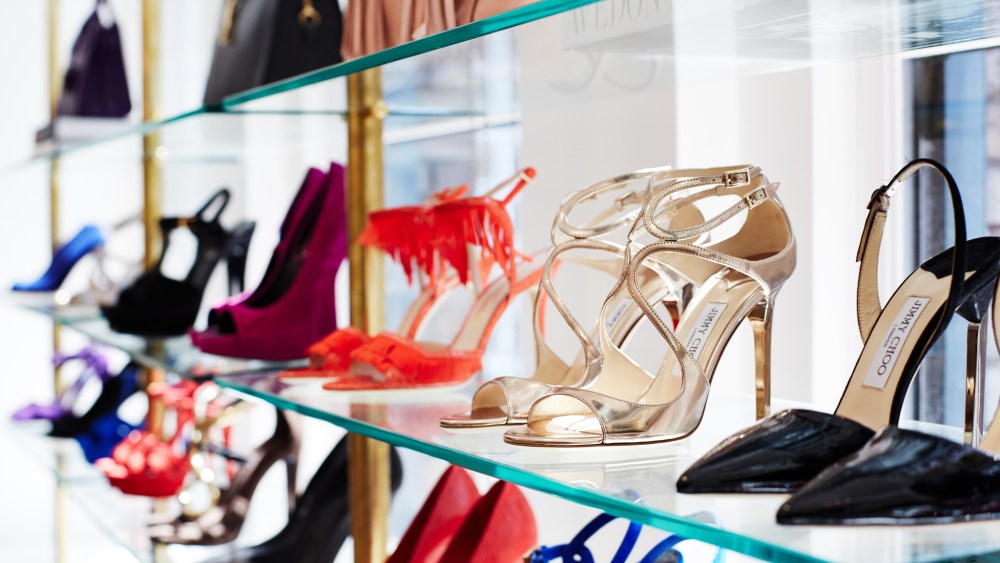 Clay Cowan, Gilt’s chief marketing officer, said within an hour of the first e-mail going out to members about the new physical space, appointments for the first week were completely booked. Save for biannual warehouse events designed to move excess product that take place in major markets such as New York City, Los Angeles, Chicago, San Francisco and Miami, this is Gilt’s first brick-and-mortar play.

“In an hour, some clients spend what they would in a year,” Cowan told WWD during a tour of the 750-square-foot showroom, located at the flash sale Web site’s New York City headquarters on Park Avenue. The showroom opened its doors to the public on Sept. 8, and carries brands such as Vince, Moncler and Prada. Footwear ranges from Gilt’s private label to contemporary to luxury, including $499 heels from Jimmy Choo. Balenciaga and Tom Ford handbags sit alongside a vintage Chanel shoulder bag that retails for $3,200.

“Gilt has always been appointment shopping — at 12 p.m.,” he noted, adding that the showroom carries the most current offerings from Gilt, including product that hasn’t even hit the site yet. “There has always been urgency to our business. We took the same idea and cascaded it to a physical showroom.”

Except now the member can set the appointment time. The showroom is open Tuesdays through Fridays, with both a full-time manager in charge of inventory and a stylist to assist clients.

Cowan maintained that significant research, conducted by an in-house analytics team as well as a research firm, helped make Gilt’s physical shopping space a reality. Customers voiced repeatedly that curation and styling were key — and that they were hungry for more than what Gilt was offering in those areas on its Web site. They were also eager for an off-line presence. The idea for Gilt by Appointment was born shortly after and the company started testing the concept in the spring.

“There’s a strong halo effect. We get this credit for being helpful, even though we’re a discount site,” Cowan said of the physical store.

Taking a close look at its customers also led Gilt to roll out a brand “refresh.” In addition to by-appointment shopping, this includes new boxes — branded boxes containing Gilt hashtags will replace the generic brown ones previously used — as well as higher quality, editorial assets that will debut later this month. Cowan called it the final step in the site’s expanded storytelling.

Despite the “will they” or “won’t they” chatter that has surrounded a Gilt initial public offering for years, Cowan insisted the company is on the upswing. He said the site has added 600 brands so far this year and has a brand retention rate of 96 percent. About 20,000 new pieces of merchandise arrive on the site every day, with the best customers visiting Gilt 20 times a month and average customers visiting between eight and 10 times a month. Shoppers are spending more time browsing as well, which he attributed to increased editorial such as a new Thursday franchise series. Half of traffic and revenue come from mobile, the latter fueled by things like mobile-exclusive sales.