Brands at all price levels are putting down roots in a major global rush. And when the big names arrive, they aren't landing subtly - superstores are opening from Moscow to Shanghai, Dubai to Delhi. 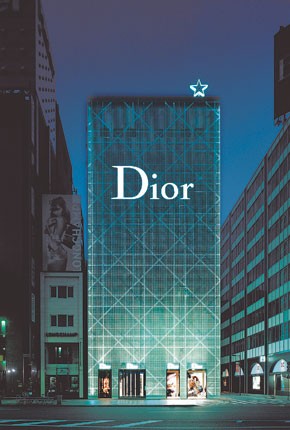 Brands at all price levels are putting down roots in a major global rush. And when the big names arrive, they aren’t landing subtly — superstores are opening from Moscow to Shanghai, Dubai to Delhi.

When Ralph Lauren hoisted his retail flag in the fast-growing Russian market in May, the iconic American was determined to make a statement. So instead of one store, he opened two — simultaneously — in what he said was a commitment to building a substantial business in the land of rabid new-wealth oligarchs and conspicuous consumption.

View the full coverage of  WWD Year in Fashion 2007 at www.wwd.com/yearfashion07 “They have money to spend,” said Lauren of Russian shoppers at the time.

“Their appetite is like when you sit down to a meal starved. I think that’s why the market here is going to boom, because there’s energy and a hunger for product, luxury and exclusivity.”

To illustrate his point, before Lauren’s flagships opened — one is in a town house near Red Square, while the other is a chalet-like boutique in a nearby affluent suburb — one impatient woman managed to buy five crocodile Ricky bags to the tune of $100,000.

As luxury spreads its wings even further beyond its traditional borders and zeroes in on fast-growing emerging markets from China to South Korea, making a very big splash has become de rigueur. In other words: the bigger the better.

Tokyo was the epicenter of the lion’s share of the year’s muscular openings. That it should be such seemed counterintuitive to some, since reports continue to pour in that the market for luxury is contracting there due to changing tastes and the weak yen. And even if LVMH Moët Hennessy Louis Vuitton and Hermès both reported better sales in the island nation in the third quarter, sales were tough this year for most firms.

That didn’t stop the market leaders from trying to outdo each other. In May, for example, Bottega Veneta opened its largest store in the world in Tokyo: a 9,700-square-foot complex spread over three levels.

Gucci unveiled a towering retail emporium in Tokyo last year, while Hermès expanded its 10-story flagship in the city to include more retail space.

In June, Swatch Group inaugurated a 14-floor building that includes separate boutiques for its seven main brands — Swatch, Omega, Blancpain, Glashutte, Breguet, Jaquet Droz and Leon Hatot. The complex was reported to cost $140 million, which would make it Swatch’s single largest investment outside of Switzerland.

In November, Giorgio Armani made his own superlative statement: a 65,000-square-foot, 12-story building in Ginza that cost $20 million to build. Ever the showman, Armani flew actress Cate Blanchett in to fete the store, which includes the first Armani Spa, an Italian restaurant and a bar.

“There is much more emphasis today on the space and the decor [in Japan],” said Armani in Tokyo. “Everything here is big and important — the dimensions, the banners, the modernity — and everything is very sophisticated.”

Rounding out a wild year of mega openings in Tokyo, Roman jewelry firm Bulgari opened a 10-story tower of its own in Ginza last month, opposite the already sprawling Chanel and Cartier flagships.

Trying to live up to that desire, Bulgari’s tower — apart from 10,000 square feet of selling space — features a rooftop lounge and a panoramic restaurant designed to sex up the shopping experience. A few weeks earlier, the Roman jeweler also inaugurated a 6,500-square-foot boutique in Omotesando that operates its own cafe and gourmet chocolate shop.

Meanwhile, Saks Fifth Avenue, which has been tiptoeing onto the international stage, took a big step by opening its first store in Mexico last month. The three-level, 150,000-square-foot unit in the upscale Santa Fe Shopping Center in Mexico City is a test to determine the potential for more stores in the country. Saks has been eyeing Japan, Qatar, Kuwait, Bahrain, Macau and India, among other locations.

Big didn’t always correlate with a store opening. In October, Fendi staged an extravagant fashion show on the Great Wall of China that underscored that nation’s growing importance for European luxury brands.

Fendi ceo Michael Burke said the brand’s annual growth in China has been “between 50 and 100 percent,” and that the company plans to add to its current 10 stores by opening at least a store a year to feed demand.

“The development over the past 15 years has been spectacular [in China],” LVMH chairman Bernard Arnault told WWD. “If the economy continues at the same rate, 25 years from now, China will be the greatest global economic power.”

Luxury isn’t alone in banking on China’s growth. Fast-fashion giant Hennes & Mauritz landed in the country with a splash in April as it opened its first store in Shanghai. The Swedish firm had opened its first unit in Hong Kong a month earlier. Both stores quickly surpassed H&M’s expectations for sales. Rival cheap-chic chain Zara also has been expanding in China.

H&M plans to open its first store in Japan next year: a 15,000-square-foot shop in Tokyo’s Harajuku shopping district.

“Japan is an exciting market for H&M, with fashion-conscious consumers with great spending power,” said H&M ceo Rolf Eriksen. “We see great opportunities for expansion in this part of the world.”

Japan’s Uniqlo chain, known for its basic apparel, plans to open a store in Paris next year, followed by another in Milan. Uniqlo opened a Manhattan flagship last year and operates stores in the U.K.

British retailer Topshop is making its own global gambit. Sir Philip Green, the chain’s owner, said the shop he plans to open in Manhattan in September will presage another two stores in the city, as well as flagships on the West Coast and in cities including Las Vegas, Miami and Boston. “We are now equipped — and ready — to move the brand on, worldwide,” said Green, adding that he’s angling to expand Topshop in Paris, Milan, India and elsewhere, too.

South Korea’s Who.A.U. brand voiced its own ambitious global rollout plans, starting with the U.S. Part of the $4 billion E-Land apparel conglomerate, the brand wants to open as many as 50 stores over the next five years.

And American firms spot opportunity beyond the U.S., as well. Gap continues to push overseas, opening in Singapore this year, while Abercrombie & Fitch opened its first European unit in March in London. Located on Savile Row, the store, with its shirtless male greeters at the door, offered a jolt of high-energy retailing to London’s traditional home of custom tailoring.

Meanwhile, Abercrombie is working on its own Tokyo flagship — an 11-story colossus to stand on the western side of the Ginza district. The company also is working on securing flagship locations in Paris, Milan and Madrid.