Macy's has snagged itself another exclusive, this time one of New York fashion's most high-profile young designers, Rachel Roy. 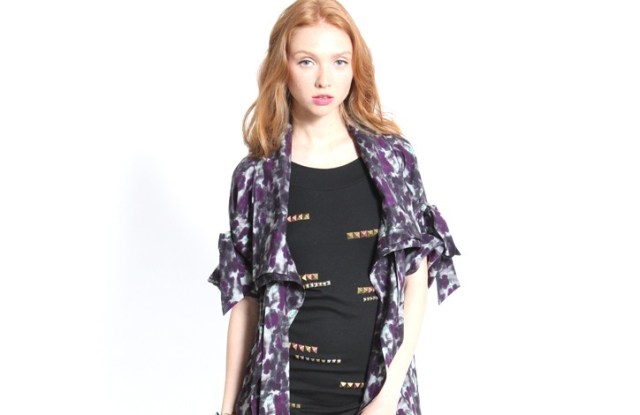 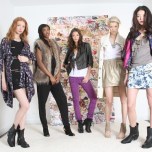 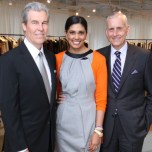 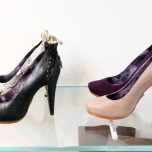 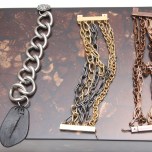 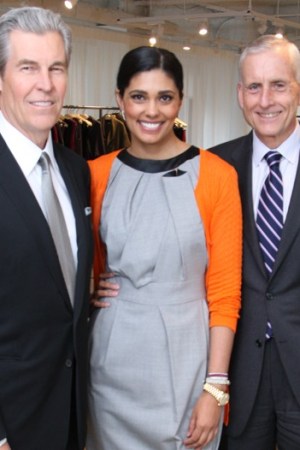 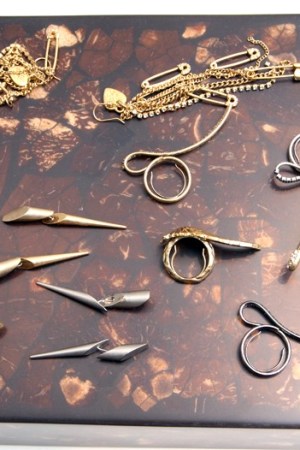 Jewelry from Rachel Rachel Roy launching at Macy’s for fall. 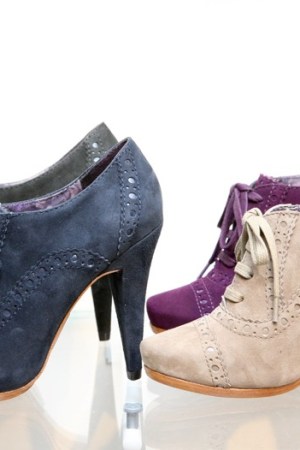 Shoes from Rachel Rachel Roy launching at Macy’s for fall.

Macy’s has snagged itself another exclusive, this time one of New York fashion’s most high-profile young designers — Rachel Roy.

This story first appeared in the April 16, 2009 issue of WWD. Subscribe Today.

With help from Jones Apparel Group Inc., Roy, who is best known for her namesake designer label, will launch a contemporary lifestyle brand called Rachel Rachel Roy to be sold exclusively at Macy’s. The collection will run the gamut from apparel and footwear to accessories and will launch in 85 Macy’s doors beginning in August.

While Macy’s has introduced a slew of exclusive brands over the last few years — including Tommy Hilfiger, T Tahari, Donald Trump and Martha Stewart — Rachel Rachel Roy is the retailer’s first in the contemporary sector. It’s an area Terry Lundgren, chairman, chief executive officer and president of Macy’s Inc., sees picking up steam.

“There is a great deal of opportunity for this affordable, young, but still with designer details kind of line,” Lundgren told WWD exclusively. “When I met with Rachel some time ago about the idea of launching a brand like this, she was very clear about who this target customer is, and I have been very encouraged by what I see in the product.”

Lundgren said he sees Rachel Rachel Roy attracting a broad range of consumers, but the collection will particularly satisfy the twentysomething consumer who has a tighter hold on her wallet than the traditional contemporary shopper.

The apparel collection, which will retail between $59 and $299, includes an array of sportswear options, including stonewashed denim skirts; fake leather jackets and fake fur vests; long, chunky cardigans; Modal jersey dresses, jumpsuits and tops; crystal-embellished cotton jersey T-shirts; brushstroke-printed jackets and coats, and bright pink leopard-printed skinny jeans. In addition to apparel, there will be a large selection of accessories, including footwear, handbags and jewelry, all retailing for under $250.

“This line is the younger sister to the Rachel Roy collection. It has the same designer sensibility but with a younger feeling,” Roy said. “This is the customer that I used to be — and maybe I still am every once in a while.”

While the product will not arrive on the selling floors until August, Lundgren said the retailer has been hard at work on the design of the selling spaces. The retailer plans to display Rachel Rachel Roy in its own shop-in-shops, with custom-made fixtures to clearly define the brand on the floor. Where there are stores with contemporary floors, such as the Herald Square flagship in New York, the brand will be housed there. Even in those suburban locations where there aren’t separate contemporary floors, the brand will still have its own shop between the juniors and contemporary spaces.

“The environment is very well-done,” Lundgren said. “It matches the lifestyle of the target customer and feels young and modern.”

For Jones, the partnership with Roy places the vendor in a category it had yet to enter. Wesley R. Card, Jones Apparel Group president and ceo, declined to divulge volume projections for the new brand, but said the company is dedicated to making Rachel Rachel Roy a major brand in the contemporary sector.

In July, Jones acquired a 50 percent stake in Rachel Roy IP Co., which is the owner of all Rachel Roy trademarks. Co-owners in Rachel Roy IP Co. are Roy, Marvin Traub and Roy’s soon-to-be ex-husband, the equally high-profile Damon Dash, who she is in the process of divorcing. Jones holds perpetual licenses from Rachel Roy IP Co. for, among other products, apparel, footwear and accessories. The licenses provide for royalty payments to Rachel Roy IP Co. Terms of the deal with Jones weren’t revealed, but at the time sources estimated Rachel Roy’s sales at $10 million a year.

“We’ve had this desire to bring Rachel’s business to a broader audience,” said Card. “With Macy’s being the powerhouse that it is and this brand offering this kind of value, we are positive we can do a lot of volume with this brand.”

Susan Metzger, ceo for women’s wholesale sportswear at Jones, said that despite the fact it hasn’t been in the fast-paced contemporary category as of yet, the group is fully prepared to work with Macy’s to provide fast reorders. On a marketing level, Jones aims to boost Roy’s profile through viral marketing — there are plans to launch a Facebook page, Twitter account and YouTube page with behind-the-scenes videos of the collection coming together. There will also be an oversize look book placed in hip hotels and clubs nationwide. The book not only provides a view of the collection, but also offers a glimpse into Roy’s life by telling her story.

“Rachel has attributes that all women can relate to,” Card said. “She’s young, beautiful, creative, a mother. There are many things about her that appeal to the customer, which is what we are working to get across.”

The introduction of a lower-priced contemporary line isn’t the only move on pricing being made at the brand. Stephen Ruzow, president of Rachel Roy New York, said the company also has lowered the overall price range of the designer collection by about 25 percent (it now wholesales between $165 and $995) as well as improved sourcing. He said the firm also hopes to introduce e-commerce at rachelroy.com, beginning this fall.

The Rachel Roy designer line is carried by stores such as Nordstrom, Bergdorf Goodman and Neiman Marcus.

For Macy’s, exclusive brands have been working well for the most part. Macy’s took Tommy Hilfiger exclusive for fall 2008, and it quickly became one of the chain’s top-selling apparel brands. The exclusive Martha Stewart brand is Macy’s best home furnishings performer, and the Donald Trump business is doing well in all its categories. (Donald Trump cuff links is Macy’s number-one volume cuff link brand.) The introduction of Lush last October in 40 Macy’s doors is outperforming the retailer’s cosmetics business, Lundgren said. Exclusive or very limited distribution brands make up about 20 percent of Macy’s revenues. A few exclusive brands, such as the high-profile launch of O Oscar in the retailer’s better sportswear area, have not worked for the retailer and quickly folded, however.