The experiential store references the brand’s technology and craftsmanship, as well as offering customization services.

The door marks the fifth Lab unit the brand is opening after Milan, Dubai, Tokyo and Hong Kong. It complements the existing flagship store located inside SKP.

Nodding to the brand’s technology and its sneaker makers’ know-how, the 1,180-square-foot store is decked out in white resin, replete with distress machines filled with sneakers and sandbags, a reference to the company’s barreling machines employed at the brand’s production hub in Marghera, near Venice. Counterbalancing the unit’s industrial tinge, golden graphics and galvanized steel benches, as well as sneakers hanging from the ceiling, pepper the setup.

As the appetite for limited runs and collectible sneakers is not waning, Golden Goose is also bringing a range of exclusive styles under the Lab Ltd. moniker to the Beijing unit. Three of the brand’s signature designs, including the Superstar, the Francy and the Stardan, are crafted from precious materials and embellished with glitters, iridescent leather, neon colors and special prints. Available exclusively at Golden Goose’s Labs and online through the Golden Goose “Passport App,” the sneakers can be further personalized at the SKP South flagship through the operating distress machines and the artisans’ handwork. 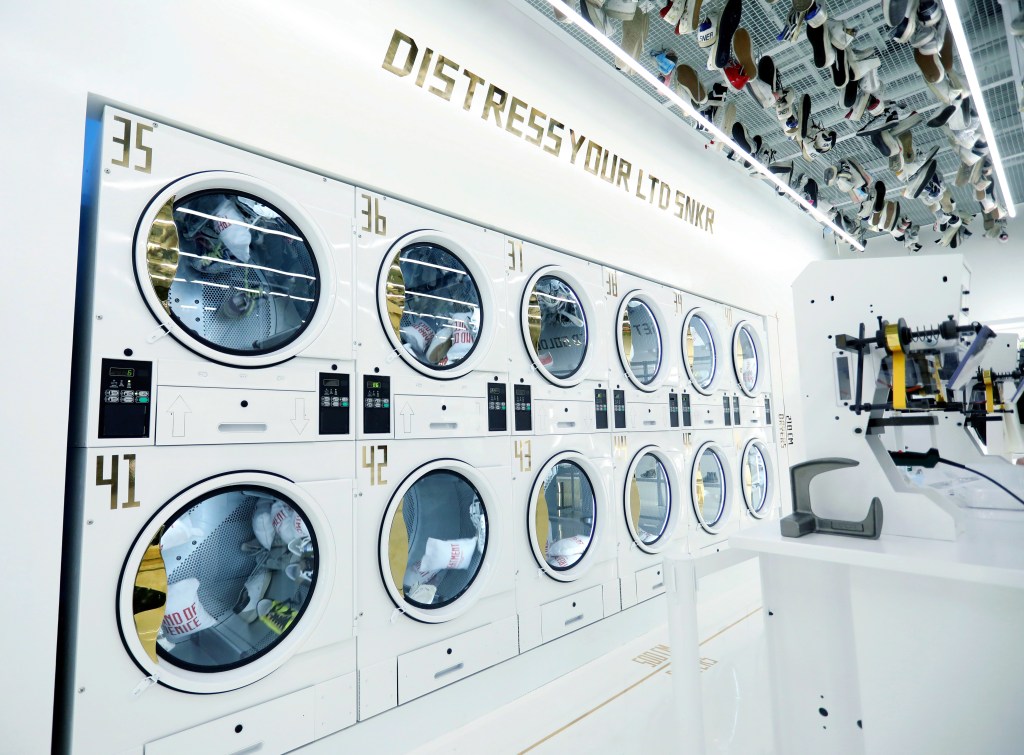 A range of T-shirts, sweatshirts and leather jackets emblazoned with a dedicated “1 of 1” logo referencing the uniqueness of the store concept are also available at the store.

To mark the opening, Golden Goose is introducing two new handbag styles, such as the Star, inspired by vintage camera bags, and California, a tote bag available in horizontal and vertical versions. Both styles are complemented with a lineup of matching small leather goods. 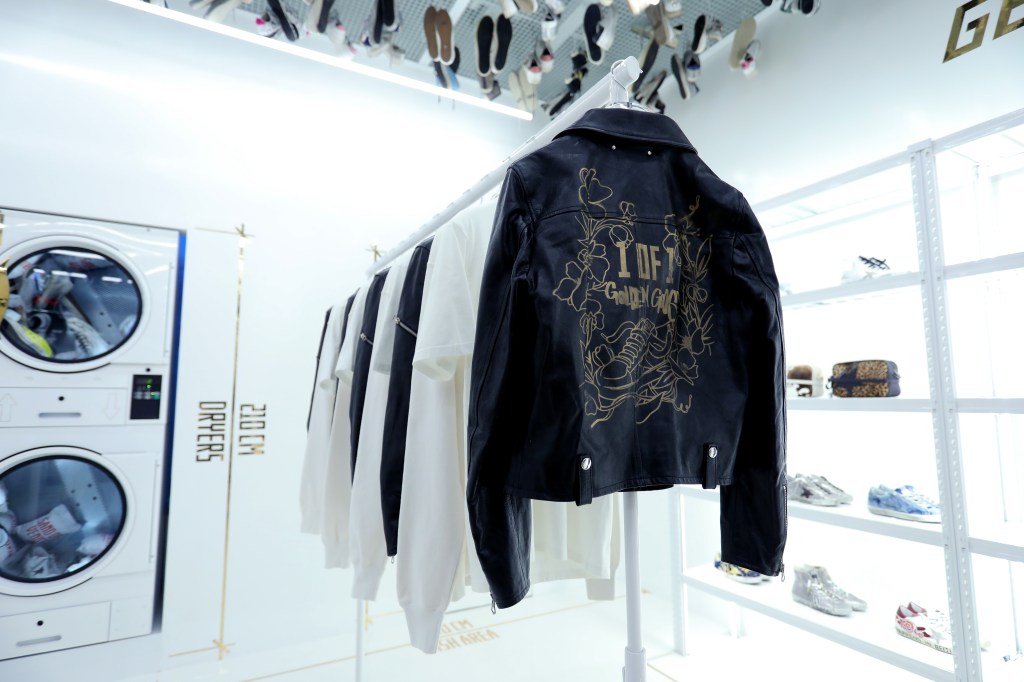 Golden Goose counts eight stores in China, including Beijing, Shanghai, Chengdu, Shenzhen and Nanjing, in addition to 10 flagships in the country’s second-tier cities.

Since November M&A rumors have been swirling around Golden Goose, which is controlled by Carlyle’s Europe Buyout group. Last month sources told WWD that a “teaser dossier” has been presented to potential bidders and that seven to eight companies have shown some interest in the label. These range from PVH Corp. and Permira to Advent and Ralph Lauren Corp., according to sources. Tapestry Inc., parent of Coach, Kate Spade and Stuart Weitzman, has also expressed interest, one source said.

According to market sources, former Gucci creative designer Frida Giannini has been designing the brand’s ready-to-wear and accessories for several months. The brand is helmed by chief executive officer Silvio Campara and the role of chairman is held by Patrizio di Marco, who is Giannini’s husband.