Mobile technology in hand can be worth double-digit sales increases on the books.

Though retailers have fantasized about ingenious ways to deploy wireless handheld technology, it's the carefully screened, stripped-down, select applications that... 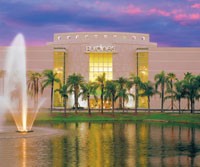 Mobile technology in hand can be worth double-digit sales increases on the books.

Home and garden retailer Chase-Pitkin, for one, credits 12 to 19 percent sales spikes in one business unit to handhelds its salespeople use while visiting customers in the field. Other retailers have seen comparable sales increases when store associates use the devices to communicate with one another as they team up to assist a customer jointly.

Federated Department Stores, for example, uses personal digital assistants in some of its footwear departments. Store associates can determine a customer’s style preferences, and instead of leaving the shopper to retrieve a pair of shoes, use the device to discreetly direct a backroom employee to bring the merchandise forward. Reducing the time shoppers are effectively abandoned by a sales associate minimizes the chances they will wander away without making a purchase.

Although Federated did not quantify the application’s impact on sales, results have been encouraging enough to expand the initiative to more than 25 stores, a spokeswoman said. Later this year, point-of-sale transaction functionality will be added to the handheld devices “so the sale can be completed without the customer getting out of his or her chair,” she added.

Federated, which began testing handheld units from Symbol Technologies two years ago, is not the only retailer deploying wireless devices for stockroom retrieval and customer service.

“We have seen pilots in selected departments that claimed 10 to 20 percent increases in sales because the customer was able to be served better,” said Dan Smith, former executive vice president and chief information officer of Saks Inc. As principal of RetailWise Consulting, Smith follows developing technology and advises retailers on testing those technologies before they break into the mainstream.

Federated’s wireless initiative differs greatly from that of Chase-Pitkin, which is owned by $3.6 billion Wegmans Food Markets. But the two companies share the vision that such a device should not be overcomplicated in ways that could detract from personal interactions between customers and salespeople.

“You don’t want a barrier out there between the two of you. You don’t want to be focused on the device,” said T. Christopher Dorsey, controller and cio at Chase-Pitkin. “There is one argument that keeps coming up when you are dealing with these devices. Some people want to make it a real sexy device, but my belief is the less you put out there, the better off you are. There are not a lot of bells and whistles to our system.”

Chase-Pitkin employees use the handheld devices to access customer account data and electronically enter commercial orders taken out in the field. For instance, a salesman visiting an apartment complex property manager can view seasonal purchase history and order quantities to suggest how many doors, sinks, and how much carpeting will be needed before new tenants move into the building. Information on some 65,000 stockkeeping units is loaded into the units, including price data and negotiated price lists for those customers buying in bulk.

Instant access to this data — rather than fumbling to find it buried among printed pages in a three-ring binder — makes for a more pleasant interaction between seller and buyer.

“When you are face to face with the customer, you want to continue to grab that opportunity to be as personal as you can and draw that relationship as close as possible,” Dorsey said.

Chase-Pitkin’s iPAQ handheld devices, from Hewlett-Packard, are loaded with DB2 Everyplace database software from IBM and run on the Windows CE operating system from Microsoft. The devices, which cost about $300 each, also have calendar and e-mail capability.

Dorsey said the wireless devices are now being used by 21 employees, and the benefits have produced a 14-month return on investment.

“As controller, I understand how to calculate ROI, and we do not take soft savings into consideration — only the savings we can physically point to on a profit-and-loss statement,” he said.

Chase-Pitkin salespeople are spending 30 to 50 percent more time out in the field selling, because electronic ordering and other automation relieves them of administrative tasks that kept them in the office. Clerical staff support positions were reduced to one from four as a result, accounting for most of the 19 percent expense reduction, he said.

Based on the application’s success out in the field, Chase-Pitkin plans to bring it into the store within two months. Thirty sales people will be issued the devices and trained so they can work with customers and move around freely, rather than be shackled to the store’s commercial sales desk. “These folks have really been clamoring to get this application in their hands,” Dorsey said.

Retailers are eager to find ways to leverage wireless technology, but they are moving with care. Still, their more resourceful sales employees are not waiting for the go-ahead.

“There are many examples of sales associates using their own cell phones, e-mail and PDAs to interact with customers on their own, even though the infrastructure is not supported by their companies’ technology yet,” Smith said. “It’s only a matter of time before all that catches up.”

Smith said store managers at larger companies are using wireless PDAs to access task management software, such as that from StorePerform and Reflexis. And momentum for mobile clienteling solutions from the likes of Retaligent and Blue Martini Software may not be too far down the road.

“As the networks mature and devices become prevalent and cheaper, you will see breakthrough use of this technology in serving the customer,” Smith said.

In-store mobile clienteling is an intriguing concept to many, but there are issues to be addressed, industry sources said. Clienteling is the process of selling to a customer in a highly targeted, one-to-one fashion, whereby the individual’s specific preferences and purchasing history are taken into account. Mobile clienteling merely involves the use of a mobile device to access specific data about the customer.

A chief obstacle to deployment of mobile clienteling today seems to be the “ick” factor. If clienteling is intended to be so highly personalized and intimate, what’s a piece of technology doing in the equation?

“The key resistance is that in most formats, the retailer does not want to put a device into the correspondence with the customer. Most formats are about bonding of the sales associate with the customer to provide a higher level of service,” said Monte Zweben, chairman and chief executive officer of Blue Martini, a software provider. “Clienteling retailers do not want to take away from that human element. The relationship is between the sales associate and the customer, not between the information and the customer.”

Some industry sources have suggested that the physical design of today’s mobile devices — the very businesslike look of a PDA, for example — may be hindering progress for mobile clienteling. They suggest shoppers may perceive elegantly designed, discreet devices, perhaps in the form of jewelry, as less intrusive during the shopping experience.

“I think there is some truth to that,” said Zweben, “but even an elegant platform would not change the general principle” of collecting and accessing data while at the same time trying to deliver highly personalized service.

Though no one appears to have it figured out entirely, in-store mobile clienteling remains on the radar and even the smallest of industry tests will be watched closely.

“It’s not soup yet,” said one source. To get that soup simmering, companies will have to sort out the social factors and make sure the physical presence of technology doesn’t harm the integrity of the brand or the relationship with the customer. In addition, voice quality over a wireless network is not entirely stable, a certain liability if smart phones become the device of choice for contacting customers about trunk sales or a hot new collection. And limitations of wireless network infrastructure continue to present challenges as cell phones that work outdoors, on a public network, may not work properly in a store environment using its proprietary network.

While clienteling may be important for retailers in the future, right now streamlined applications such as those used at Chase-Pitkin and Federated are providing a good customer experience and an important boost to the bottom line.