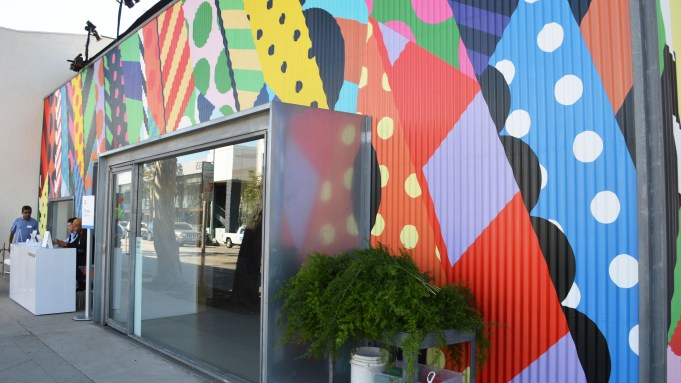 Google paraded press through its Melrose Avenue pop-up Tuesday a few days ahead of its official opening to the public.

The space, at 8552 Melrose Avenue, will be joined by a New York pop-up to showcase the company’s new suite of gadgets unveiled earlier this month. The stores officially open Thursday and remain in operation through Dec. 31, with various events planned for each of the spaces.

Inside the stores are multiple stations allowing visitors the opportunity to ask employees questions or play around with the company’s Pixel phones, Google Clips camera, Google Home Mini and Max speakers, Pixel Buds or the Pixelbook hybrid laptop and tablet among other items, all of which feature the artificial intelligence-powered Google Assistant.

The voice-activated Assistant responds to commands such as turning on a specific song or changing a room’s lighting.

A spokesman confirmed some products will also be available for sale in store, including the Pixel phone.

“These are all designed to fit into your life,” said Isabelle Olsson, head of industrial design for Google Home and Google Wearables. “What that means for us is that we take inspiration from the context that the products live in, whether it be on your body, in your phone or in your pocket.”

The company is also pushing device design, with Olsson saying Google’s approach focused on the “softer side of technology,” pointing to the curvature of the devices, fabrics custom-developed for Pixel 2 phone cases, or on the Google Max and subtle pops of color.

“We wanted to be sophisticated but also have a little bit of fun with it to make sure that you know this is a product coming from Google,” she said. “We really approached this as technology that doesn’t look and feel like technology. We think that’s of the past.”