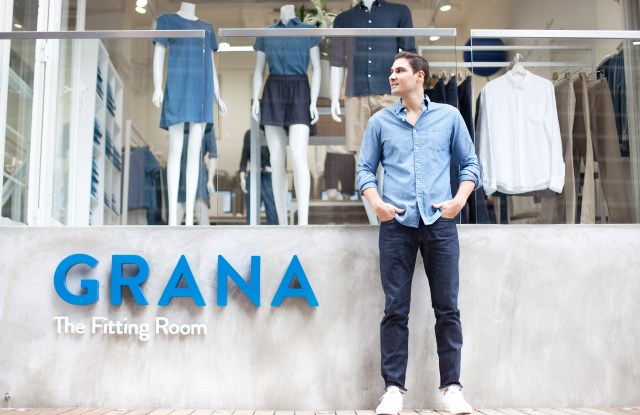 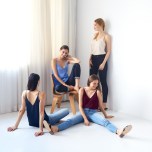 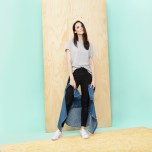 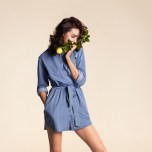 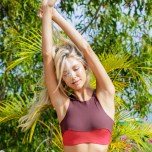 Hong Kong-based Grana got its start two years ago when Luke Grana and Pieter Paul Wittgen started selling Peruvian Pima cotton t-shirts out of a 500-square-foot warehouse. Now the two-year-old online apparel retailer, which is gunning to become “the next online Uniqlo“, is clocking double-digit sales growth, bagging $10 million in funding from investors like Alibaba Group and gearing up for an eventual IPO.

“As a brand, we do have a very big vision,” according to founder and chief executive Luke Grana, whose company’s next priorities include an expansion into mainland China and a diversification into new product categories like bags and accessories.

“We definitely don’t want to sell Grana to another brand. We deeply believe the value will really come over the next 10 years,” he said, adding that the company would not be ready for an IPO for at least another five years.

Grana does not release revenue figures but the company said it is registering 15 percent month-on-month growth in sales. Emphasizing high-quality textiles, wardrobe basics and affordable retail prices, Grana’s business model is similar to that of Bonobos or Everlane — it uses the Internet to cut out the middleman and passes the savings onto the consumer. Prices range from $15 for a cotton t-shirt to $99 for a cashmere sweater.

WWD reported last week that Alibaba’s non-profit initiative Hong Kong Entrepreneurs Fund had invested in Hong Kong-based Grana, which trumpets high-quality textiles and affordable retail prices. Venture capital firms Golden Gate Ventures and MindWorks Ventures- both of which had already invested in Grana earlier this year- also contributed funding for this Series A round. Luke Grana and Wittgen retain the majority of the company while the other investors hold minority stakes.

Grana plans to leverage Alibaba’s e-commerce expertise and logistical prowess to move into the mainland Chinese market. Luke Grana, who met with Alibaba executives at the company’s headquarters in Hangzhou last week, said Grana plans to start shipping to mainland China sometime next year but it is still fine-tuning its strategy. The executive described Alibaba’s Tmall as “very logical” but he also said the company is looking at options involving social media platform WeChat.

Luke Grana said mainland China presents a learning curve for Grana as the company does not currently employ any mainland Chinese nationals- that is why the Alibaba partnership is so critical. But the Australian executive said he believes the brand will do well with quality-conscious Chinese consumers.

“We source fabrics from all around the world and that value proposition will suit really well in China,” Luke Grana said, referencing the brand’s global sourcing philosophy. It buys silk in China, denim in Japan and pima cotton in Peru for example.

A move into China also means Grana will need to revisit its logistical set up. Until now, the company has centralized its warehouse operations in Hong Kong- it currently ships to 12 countries and counts Hong Kong, Australia, the United States and Singapore as its largest markets. The tariffs on shipping goods from Hong Kong to mainland China are prohibitive so Grana will need to set up a dedicated warehouse and team on the ground in China to serve the market, Luke Grana explained. Grana’s clothes are already sewn in China so they won’t have to travel as far as Hong Kong to reach Chinese consumers. The CEO said the company is also looking at expanding its shipping options to Japan and South Korea.

Meanwhile, the brand is working to grow its business in the United States. The brand plans to open a “pop-up showroom experience” in New York later this year where customers can try on clothes and buy them online. Globally, Grana plans to double its headcount to 100 employees by the end of next year, including new staff members in New York and China.

Over time, Grana has expanded its product offering beyond its initial core items like t-shirts to swimwear, cashmere knits and underwear. Luke Grana said the company will launch bags and accessories next year and plans to branch out into sportswear at some point in the near future. He said he would also like to extend the brand’s range to outerwear and shoes further down the line.

“We have fabric mills from all around the world reaching out to us, which is really exciting,” he said. “For us the fabric origin story and the fabric details- it’s really important.”