A little more than a year into the partnership, executives from both retailers visited a number of Topshop locations at Nordstrom stores. 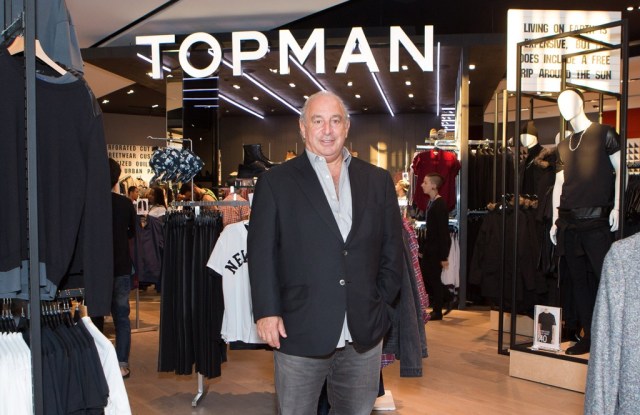 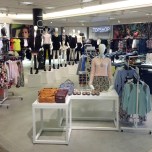 LOS ANGELES — A little more than a year since Topshop entered Nordstrom, executives from both retailers put in some serious face time last week during a tour of Topshop locations at Nordstrom to take stock of their partnership and improve joint efforts going forward as Topshop’s presence within the department store expands.

Nordstrom explained those stores have Topshop setups from different phases of the British retailer’s short history with Nordstrom that began with 14 doors in September 2012 and has spread to a total of 41 Topshop and 18 Topman locations, including Nordstrom stores that have only Topman shops and no Topshop units.

“It is necessary for us to spend this kind of time together,” said Nordstrom. “It can feel tedious at times, but they are in London and we are in Seattle, and this is not a model that has really ever been done. This is a unique partnership. It is not like buying a line from a vendor. It is much more of a collaborative process. We were basically coming together saying, ‘We are doing well, but if we did these things better, how much better can the business be?’”

He said Green was keen to check out the Topshop branding, which has been elevated with enhanced imagery, and get a sense of how the merchandise is performing. “He cares first and foremost about his brand and the presentation of his brand in our stores. That’s part of it, the visual merchandising part,” said Nordstrom. “But he is a real merchant. He wants to know what’s selling well. He always engages with the department manager to know what is selling or what could be selling better, and he uses those as living examples.”

In one such example, Green chatted with a Nordstrom employee in Irvine Spectrum at the shoe section about Topshop’s products. “Everyone was there: Pete and his team. The girl came over and I said, ‘How can I help?’ She said, ‘We want more.’ I said, ‘We like girls like you.’ In 10 minutes, I named her Miss More,” recounted Green. “We are in the early days, and we are not delivering enough inventory. Where we have quite a tight collection, it is quite easy to see that we could do a lot more business. It is learning about allocation, how do we react quicker, how do we get the data.”

Part of the solution to reacting quicker and leveraging Nordstrom sales data at Topshop will be building an organization at the U.K. chain to specifically manage the Nordstrom business. “Now that we’ve scaled up, it’s going to have a dedicated owner on our side. That has to be somebody’s job,” said Green. “Some people have to come in to work at 4 in the afternoon and work the night shift. I want to have some people open when they’re open, so we’re not playing catch-up. We need to be live.”

Those people will be crucial as Topshop takes its next steps at Nordstrom. The U.S. retailer hasn’t disclosed the exact number of doors Topshop will increase to in upcoming seasons, but it is considering up to 10 for spring and another spate of doors for late fall. Pete Nordstrom said the department store is taking “reasonable bites at a time so that we can execute better. We are going to add more stores together in the spring, and really what we are looking at is twice a year adding new stores. It should be in the majority of our stores. There is no doubt about that.”

Also expected in the spring are pop-up shops to house the Kate Moss collection that Topshop is launching in April. Green told WWD last month that he’d like 60 to 70 pop-ups at Nordstrom for the collection. Asked about that amount on Saturday, when he was at a Topshop at Los Angeles shopping center The Grove for an early holiday party that featured a performance by Natalia Kills and was attended by Mandy Moore, Erin Wasson and Ashley Madekwe, Green said, “We haven’t quite decided how we are going to do it. Yesterday, we left on the basis of they were going to think about how many stores, and do we do it on the existing mat or separate? We are not quite finalized with the plan, but the answer is yes, it is going to be in Nordstrom.”

Elaborating further on the rollout of the Kate Moss collection, Green revealed the launch would be in all of Topshop’s 39 countries simultaneously. “I want to get everything delivered, all built and ready to go on the same day. I just think there will be more impact. This time, it is the right way to do it,” he said. “There’s going to be one drop. No replenishment. We could sell it in two days or a week.”

The kind of buzz that Topshop intends to generate with the launch of the Kate Moss collection is what Nordstrom is trying to capture at its stores with the brand. “We wanted to do a better job of being more relevant to young women. This brand has a lot of resonance and credibility with young fashionable women, so that was a great opportunity for us to bring this product in and attract new customers. It has worked for us that way. It has made our existing customers happy and has brought in a lot of new customers,” said Nordstrom, adding, “The fact that we are continuing to grow together suggests that we are encouraged by the results that we already have.”

For Topshop, Nordstrom provides exposure to consumers in the U.S. market, where it aims to generate $1 billion in sales in the not-too-distant future. Green, who noted Topshop is currently in negotiations for four or five stores to enlarge its U.S. fleet of four freestanding locations, proclaimed Topshop has “a shot” at reaching that revenue target “if we find the right locations. We are not running at 100 miles an hour. We want to be careful and take a little bit of time.”