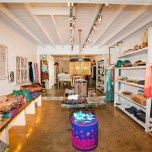 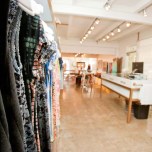 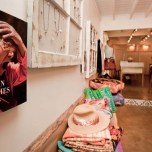 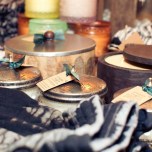 “We started as a very small company and today we are a brand that is sold almost worldwide,” said Dotan Shoham, one of the label’s cofounders. “It is clearer for us and is starting to get clearer for our customer what Gypsy05 is all about and now we’re ready for an even bigger expansion.”

According to an industry source, the bohemian-style brand, which sells men’s and women’s clothing at prices ranging from $90 to $450 retail, is projected to surpass more than $16 million in wholesale sales this year. With roughly 600 wholesale accounts scattered between small boutiques across the U.S. and larger department stores and chains like Neiman Marcus and Anthropologie, Shoham said Gypsy05 has grown every year and is even starting to find its niche beyond the California market.

“We are definitely going to deepen our relationships with department stores because it is important for us to work on our relationships at the wholesale level,” he said. “We are also going to really start focusing on our international reach; this is something we see has big growth potential.”

The first two stores are only the beginning; a third location is slated to open later this summer in Orange County and the company’s overall goal is to open up to eight stores in locations from greater Los Angeles to San Diego.

“For now, I think it is smart for us to stay in Southern California with our retail stores,” Shoham said. “This is where we are growing and this is where people are really getting our brand. Even though we’ve learned through the years to design and to adjust to the East Coast, we still want to grow first here and then go there with stores.”

In its stores, the company presents a total Gypsy05 lifestyle, mixing its apparel with third-party jewelry from Shylee Rose, boots by Karma of Charme, and Cosabella intimates in an eclectic yet cozy setting with bright white walls and vintage-style, hippie-chic furnishings.

Reflecting on the brand’s growth over the decade, Shoham credits Gypsy05’s Web site with helping the label create and reinforce the brand identity.

“E-commerce has been very important to us since we created our Web site about eight years ago,” he said. “But it’s not just about e-commerce; it’s been a part of our branding. So it’s not only the sale aspect of it, it’s telling how we want our Gypsy girl to look, dress and style.”

Roz Sarah, the brand’s recently hired director of retail, said another key component to retail success is finding a way to connect with the customer. She plans to host a few key bloggers and stylists in the store soon.

“We’re upping the style ante a little bit because obviously, there is a lot of competition out there, so we are trying to stay a step ahead of them.”