Retailers have committed to plans for multilevel stores on Lincoln Road. 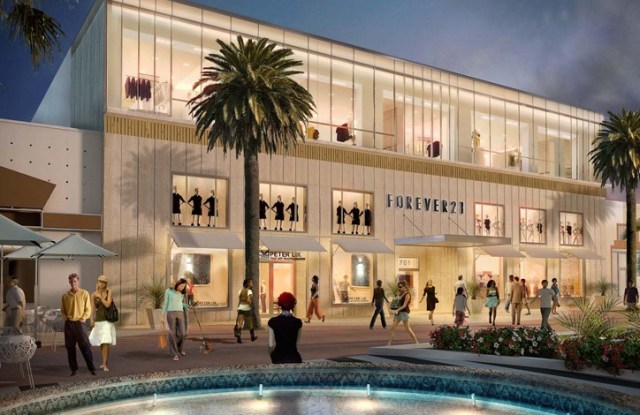 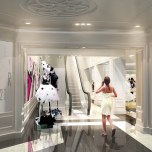 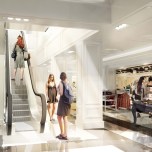 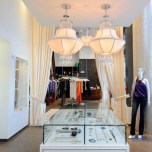 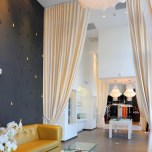 MIAMI — Big is back on Miami Beach.

“The island is usually opposed to large retail spaces, but something of this size was necessary for preservation,” he said, following a four-year search for the right tenant with plans to replace the north side wall with glass for views of the action on Lincoln Lane and in New World’s park. “The site’s two additional spaces are also under contract.”

Farther west on the pedestrian mall, Forever 21 will open its three-story, 39,000-square-foot flagship in September. Not having housed a single tenant since Saks Fifth Avenue, its historic building is the largest specialty retail store in Miami Beach, according to Michael Comras, principal of Comras Co., a nearby real estate development and leasing firm that owns the location.

“Most people don’t remember that Lincoln Road was originally geared toward large-scale retail like Bonwit Teller and Cadillac car showrooms,” he said.

The street is seeing more mall fever. Juicy Couture opened a 1,600-square-foot boutique at 1111 Lincoln Road in February. Aside from beachy fashions like silk rompers and a limited edition flamingo T-shirt, it stocks surfboards, books and art works as a nod to Art Basel. Come fall, Madewell joins the pack.

Meanwhile, northeast of Lincoln Road, the oceanfront Collins Park district continues its ascent. Anchored by the W and Setai hotels, the newly gentrified area is filling in fast with retail and restaurants like Serafina Rock ’n’ Roll. Its influx of well-heeled foot traffic convinced Inca swimwear designer and retailer Stacy Josloff to jump ship from the Gansevoort hotel to a street entrance at the W. She revamped her former Inca boutique into Therapy, a multibrand concept for men, women and children with an on-site Warren-Tricomi salon.

Porcelain tiles with wood grain, swirls of gold inlay and a witty mural by Peter Tunney work back to the hotel’s modern organic direction and contemporary art collection. Glass-topped coffee tables hold clutches in exotic skins by Vanessa Trump, while a grommet-studded table and hand sculptures extending from a wall offer jewelry by King Baby and Mizuki. More textures meet every turn of the eye whether fish-scale surfaces or salvaged wood for ladderlike shelves.

“People come to Miami Beach and realize they packed all wrong,” said Josloff, who also has good response with pieces from Miami designers such as Camele’s retro jumpsuit in Malibu Barbie pink for $250 and Juliet & Jake’s cotton knit ponchos with fringe for $180 and clutches of wrapped crocodile tails for $595.