For the Tennessee native, Tractor Supply seems more his comfort zone than Macy's.

For Hal Lawton, shifting from an urban department store to a rural general store will be like taking a breath of fresh country air.

Lawton wasn’t available Thursday to discuss his career change, but the reasons for the shift seem obvious. He’s exiting the number-two role at a retailer that is confronting a host of challenges to take on the top job at a smooth-sailing company, like leaving a pressure cooker for some southern comfort. Lawton grew up in a small town in Tennessee and plans to relocate to the Nashville area.

“He never got use to the culture at Macy’s,” said one retail source. “I believe that Macy’s made it possible for him to go out and look for another job.”

“Macy’s will be able to manage for now without Hal because the holiday merchandise and plans have already been set. But longer-term, I believe Macy’s does need someone, particularly in the area of technology, to help Macy’s deliver faster to customers and better in its approach,” said retail analyst Walter Loeb. “I hope the company chooses one of their senior officers to become the next president, someone who understands the culture and dynamics of the company.”

“If you look at Hal’s background at eBay and Home Depot, Macy’s was the outlier,” said one executive familiar with the workings of Macy’s. “Hal had all of Macy’s merchandising, operations, e-commerce, mobile and marketing, and I know he spent a lot of time in the stores. That was a big role to fill. I can understand some of it being bundled together, like mobile, e-commerce and marketing but maybe some of it next time needs to be separated out.” 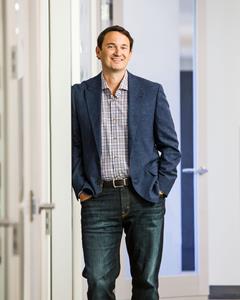 Tractor Supply executives emphasized that Lawton is right for their organization.

“Hal is a great cultural fit and the right leader for the future growth of Tractor Supply,” said Greg Sandfort, 64, the outgoing ceo of Tractor Supply who will remain with the company through Feb. 29 and then serve as adviser until Aug. 31. “I am committed to working closely with Hal to ensure a smooth transition.”

“After conducting a robust search process, the board is convinced Hal Lawton is the right ceo to build on Tractor Supply’s success and lead the next stage of the company’s growth,” said Cynthia Jamison, Tractor Supply’s chairman. “Hal is a proven leader with a unique omnichannel experience to deliver on our customer’s evolving expectations as we look to the future of retail.”

“I am extremely excited and honored to join Tractor Supply as I have long admired the company for its strong brand and focus on serving the ‘out here’ lifestyle,” Lawton said in a statement. “Greg and the team have built a tremendous company culture.”

Macy’s, like other fashion-focused retailers, has been battling thinning mall traffic; Amazon’s growing market share; sluggish women’s sportswear sales, and lower international tourism impacting its big stores in gateway cities. Macy’s is also fighting perceptions that it needs to attract a greater number of younger customers, enliven its fashion business and continue to step up innovation.

During the third quarter, Macy’s comparable sales declined 3.5 percent; total sales slipped to $5.17 billion from $5.4 billion a year ago; net income was down to $2 million from $62 million, and adjusted net income was $21 million, down from $83 million.

Lawton, who is 45, served as president of Macy’s only since September 2017. He had responsibility for all aspects of the Macy’s brand, including merchandising, marketing, stores, operations, technology and consumer insights and analytics. He was deeply involved in building up the retailer’s vendor direct program, updating the mobile app and web site, and speeding up customer deliveries.

At Macy’s, Lawton made “significant contributions to the business over the past two years, including improving the Macy’s operational cadence,” said Jeff Gennette, chairman and ceo of Macy’s Inc. “Hal also helped us build an excellent team and, with their leadership, I’m confident that Macy’s will continue strong execution through holiday 2019 and beyond.”

One of Lawton’s most important hires was bringing in Jill Ramsey to fill a new role at Macy’s as chief product and digital revenue officer. Lawton and Ramsey worked together at eBay, where she was vice president and general manager of vertical businesses.

After he joined Macy’s, Lawton, a graduate of the University of Virginia Darden School of Business, discussed in the school’s publication, his impression of the Macy’s Thanksgiving Day Parade.

“I was blown away by the scale of the event,” Lawton said. “I did not understand that Macy’s puts on the entire show, including building the floats and balloons, arranging all the talent, and coordinating the event with NBC and the New York Police Department. It is the third most watched event of the year on TV, and millions of people line the streets to watch it in person. It was fun spending my first one with over 30 family and friends.”

Previously, he was senior vice president of eBay North America from August 2015 to September 2017. In that role, Lawton oversaw all aspects of eBay’s Americas business unit, including marketing, merchandising, operations, business selling, consumer selling and advertising, as well as global responsibility for shipping, payments, risk and trust.

Before eBay, Lawton spent 10 years in various roles at Home Depot, most recently serving as senior vice president for merchandising. He started Home Depot’s Internet business and built it to nearly $2 billion in sales. Earlier, he was an associate principal at McKinsey & Co., providing strategic advice to executives in the consumer-packaged goods and manufacturing sectors.

The 80-year-old Tractor Supply, with its wide range of merchandise for home, land, pets and animals is “a one-stop shop for recreational farmers, ranchers and those who enjoy the rural lifestyle.” The company has nearly 32,000 employees and operates more than 1,800 Tractor Supply stores in 49 states and tractorsupply.com. Stores have an average of 15,500 square feet of selling space. The company also owns and operates Petsense, a pet supply retailer with 176 stores in 26 states.