Studio 54 is a major inspiration behind the windows. 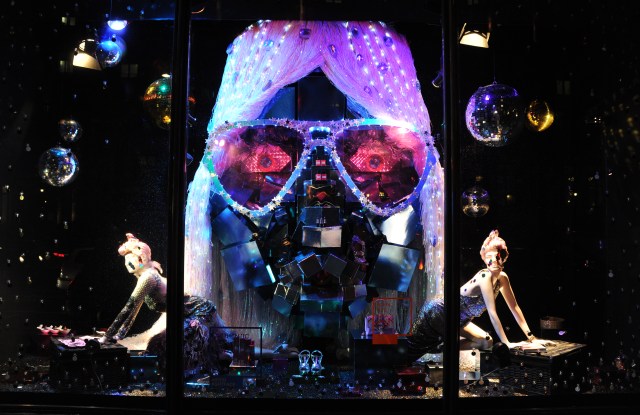 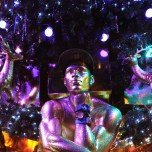 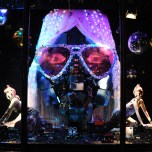 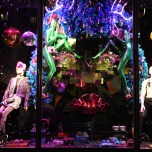 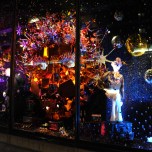 GLITTER GANG: It took about one million glitter flakes, 301,500 sequins, 15,000 gift boxes and 620 mirrored balls to create the holiday windows at Harvey Nichols, which channel the party spirit of the Sixties and Seventies.

Large glittery sequins adorn the store front, with each window featuring artfully designed faces including a girl wearing a bow, a disco dancer with LED-lit hair, a depiction of a bearded hipster and a Prince of Ice with his hair composed of shards.

There are eyes made of disco balls and hair made from baubles, stars and ribbons.

“This year, we looked to the catwalk for inspiration, drawing on a key trend for the season, Studio 54,” said Harvey Nichols’ head of visual display Janet Wardley.

“We wanted to capture the playfulness of the party season, while maintaining an instantly recognizable Christmas spirit. The 3-D faces, made up of gift boxes, is a theme that runs through the brand this season.”