The Hong Kong Pacific Place store gets a thorough revamp, explains director Pearson Poon, with an eye to transform its other stores, too.

The changes at Harvey Nichols halve the physical size of the Pacific Place store, but will increase the assortment by three times, the company said, when counting the combined online and off-line sku’s.

“The fixed costs will come down a lot,” Pearson Poon told WWD. “But at the same time, because we are offering more selection to the customer, we really hope that the customer can look at more product, have more selection and hopefully, the sales density will also increase. 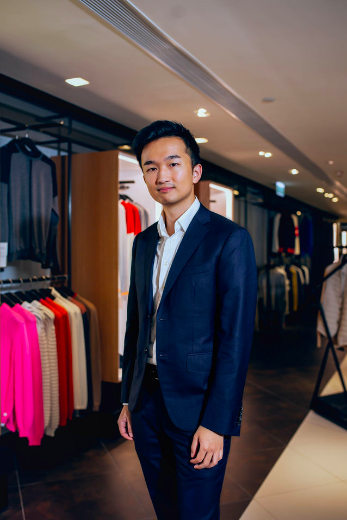 “The rent pressure is also high in Hong Kong. A lot of retailers have to put a lot of merchandise on the floor sometimes and this compromises the shopping experience,” he added. “We want to make sure it is good…that there is a good selection of sku’s to look through.”

The revamp was conceptualized over a year ago, but the three-month refurbishment, which closed the store for three months from June to September, also came at a good time. Given its location in Admiralty, the store would have been hit hard since Pacific Place is in one of the neighborhoods impacted the most by the city’s summer of protests.

While acknowledging the situation, Poon said the company was confident overall in Hong Kong’s long-term future. “We’ve seen previous down cycles in the market, but it’s bounced back in the past,” he said.

While there is no end in sight to the unrest — violent clashes over the weekend saw protesters starting fires at subway stations for the second weekend in a row — the store is at least better equipped to handle the tough retail climate. 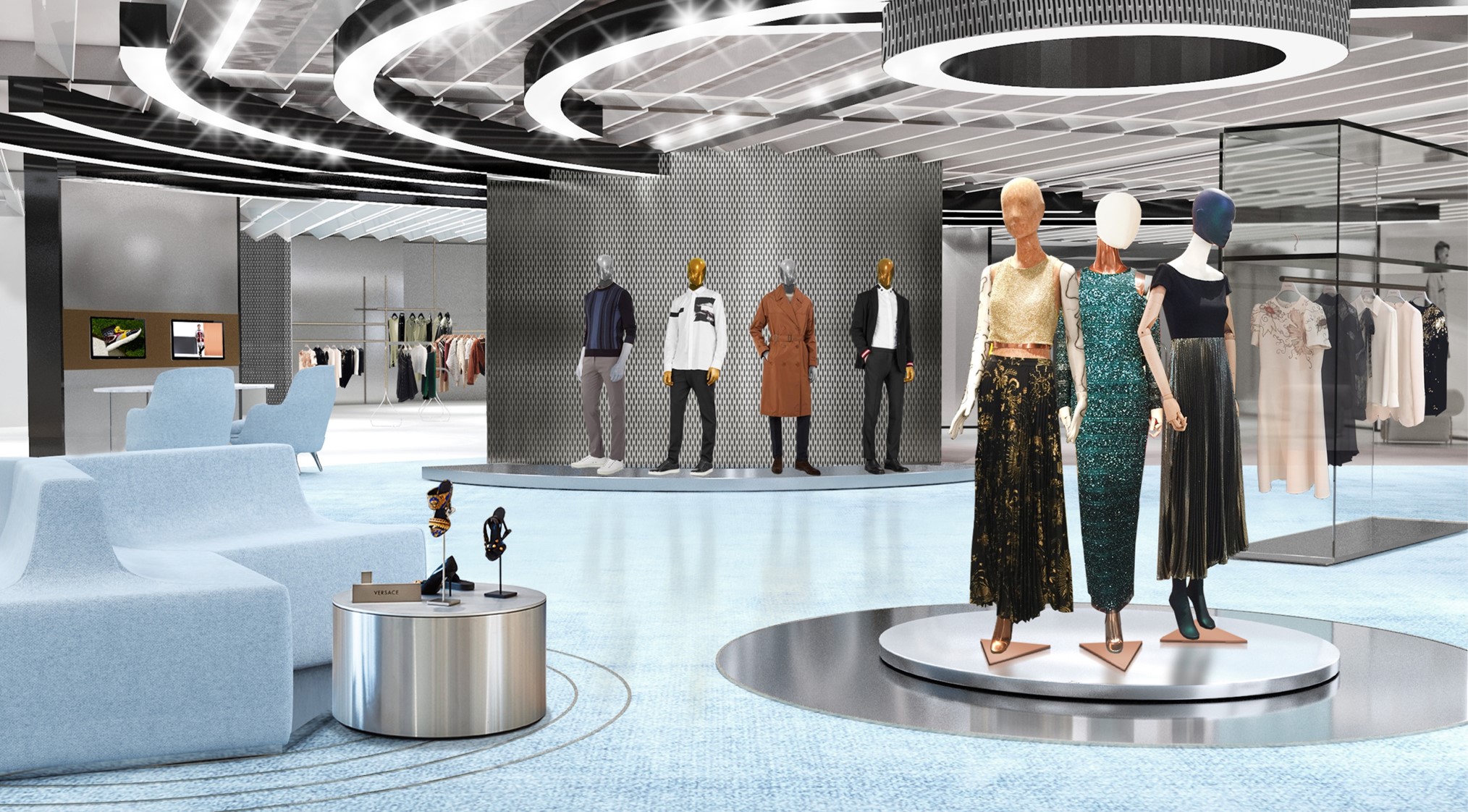 A rendering of the new store, which has a lounge open to encourage all shoppers, whether VIP or first-timers, to utilize their stylist services.  Courtesy Photo

Poon shared that one of his goals with the concept is to drive in-store pick-up of orders to 35 percent, up from 25 percent now. And while it’s common for many retailers to put slightly lower-priced products on their web site, Poon said that’s not the strategy Harvey Nichols is following. Instead, the site will focus on stocking major international brands, while the physical store will be more focused on promoting new and emerging labels since the process of discovery is easier to do in person.

The availability of stylists, even to online shoppers, is another key initiative for the brand. The department store will allow live chat and video conferencing so shoppers can receive personalized service digitally.

“Since we launched that tool, whenever a customer interacts with a staff before shopping online, they are five times more likely to buy something and on average spend twice as much,” said Poon. “That’s why we’re not so concerned on the low price-point offering, because when you get the service proposition right, customers will buy at a higher price point.”

While Harvey Nichols has a network of eight stores in the U.K., and two in Hong Kong, the department store has never expanded into Mainland China, unlike rival Lane Crawford, which has three stores there and I.T., which operates two Galeries Lafayette locations on the Mainland.

Despite its advantage of being a Hong Kong-owned company, Harvey Nichols is still taking a wait-and-see approach to the market. Poon underscored that the main focus for the time being is to garner feedback and refine the new omnichannel location before rolling out to Harvey Nichols’ other stores.

“Mainland China is where we have our eyes on at the moment,” Poon said, “but Japan could potentially be interesting. It depends on the right location and opportunity. That’s the key, key thing.”

“I think it’s very important to understand this customer very well before you look into any expansion opportunities,” he added. “Because China is so strong in terms of digital and technology, people assume they only shop online, for instance, but if you look at the customer within our stores and other boutiques, actually for luxury goods they prefer to have a physical environment where they prefer to touch and try and feel the product.” 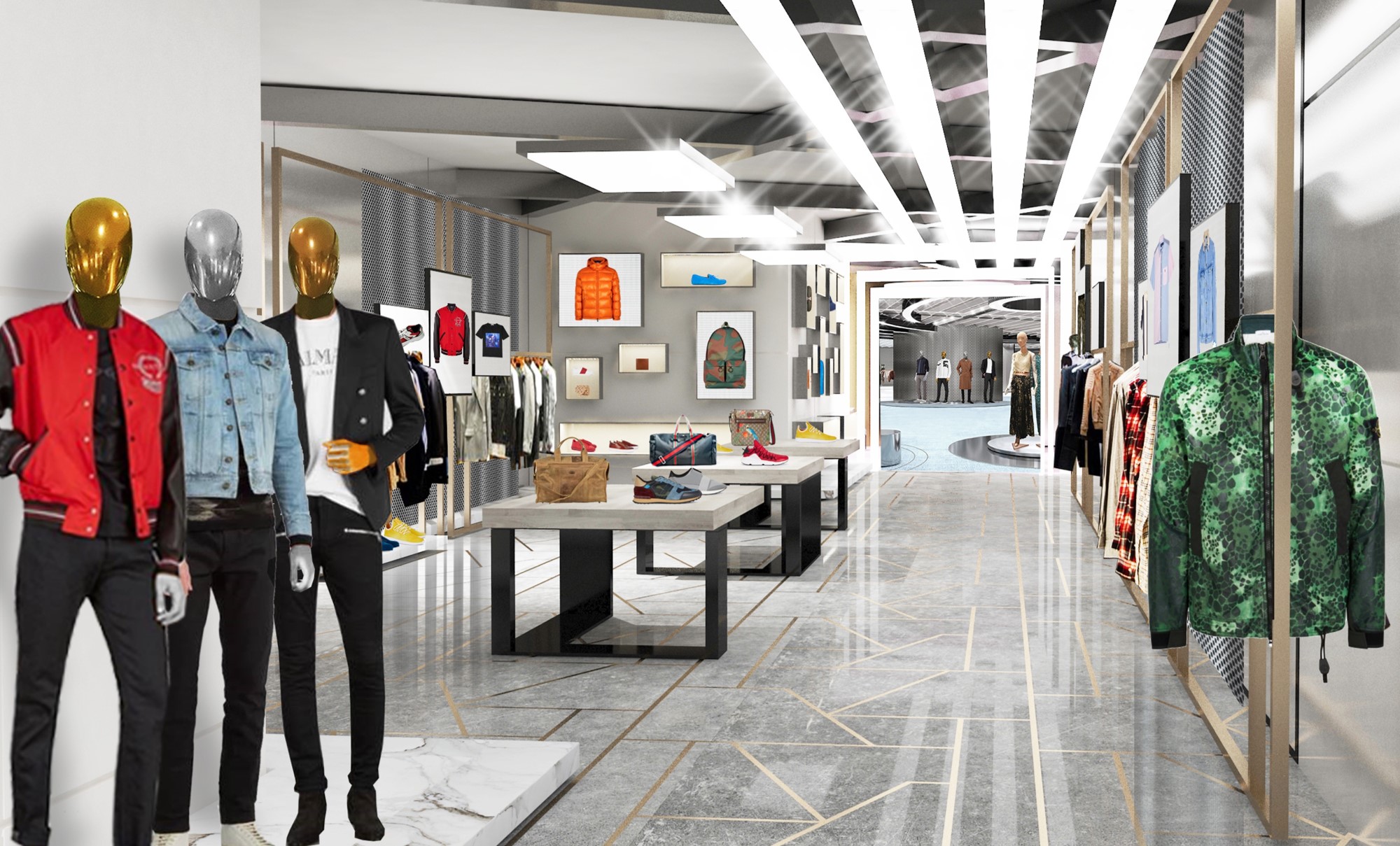 A rendering of the new men’s section.