The women's offering follows changes in the men's, jewelry, accessories and beauty departments. 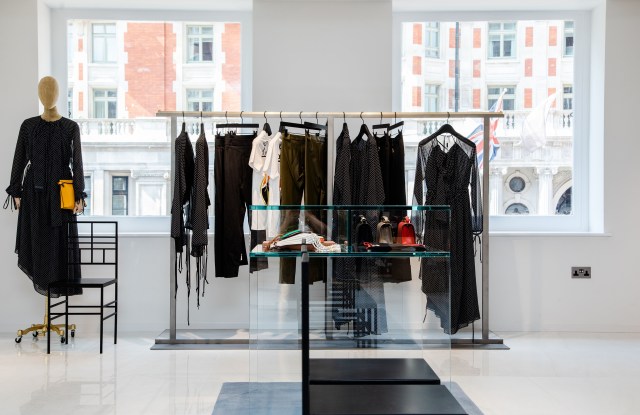 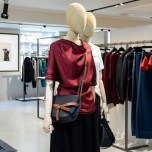 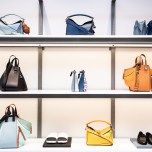 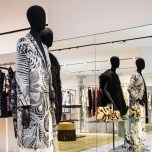 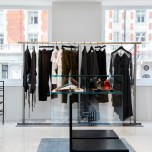 LONDON — Harvey Nichols is breathing fresh air into its designer women’s wear floor as it looks to modernize its image and attract a new generation of consumers.

On Friday, the retailer will unveil the latest phase in the ongoing refurbishment of its Knightsbridge store, giving its designer women’s department on the first floor a new look that’s all about ease and understated luxury.

As competition heats up and department stores come under increasing pressure from online competitors, Harvey Nichols believes the answer lies in taking a step back and playing to its strengths as a smaller, more intimate multibrand retailer.

“The difference between us and the other main department stores is our size. We’re small, and so we wanted to play on that more and make it our strength rather than be apologetic with smaller spaces,” said Hazel Catterall, head of women’s wear buying, in an interview ahead of the opening.

As a result, the retailer has opened up the windows to let natural light in and inspire a more boutiquelike feel. It has torn down walls to allow for an easier flow between spaces and worked with some of its biggest brand partners, including Versace, Dries Van Noten, Stella McCartney, Loewe and Marni, to create boutique spaces that unite the brands’ and the store’s identities.

“You’ve got the intimacy of the boutique here. That’s why we’ve ensured no panel is higher than 6 feet and that the windows were opened up,” said Barry Tallintire, group property and facilities director, as his team rummaged around, installing panels, moving furniture and building mannequins ahead of the launch.

“This is absolutely what retail looks like. You always find that in the last 24 hours of a project, everything is happening. It’s controlled chaos.”

Tallintire took a similar approach of “controlled disparity” with the aesthetic of the space, mixing materials and playing with contrasts. “You’ve got a mixture of beautiful marbles and slate next to concrete, you’ve got the copper fixtures next to stainless steel or timber next to glass,” he added.

The tarnished copper paneling, patterned marble floors and feel of subtle luxury within the space also acted as a parameter for brands that create their boutiques within the framework.

Brands were invited to bring in their own art and furniture to decorate their spaces and were permitted to fit their branding within the paneling framework created by Harvey Nichols. The aim was to avoid a generic look and to create a gallerylike feel that can constantly evolve and change.

“When brands start to stock their global look into the department store, it all looks the same and you start to forget where you are. But in this case, they appreciated the opportunity to do something a bit different,” said Catterall.

“At the beginning, when we spoke about doing something that would be a hybrid of their look and ours, they were understandably protective of their image. But after seeing the design of the floor, everyone became very engaged.”

Loewe provided tarnished gold mannequins, and a series of black-and-white imagery selected by the brand’s creative director Jonathan Anderson. He also added minimalist furniture, which has been displayed against floor-to-ceiling windows overlooking the Mandarin Oriental hotel across the street.

Next door, Dries Van Noten has dressed its boutique’s branded front panel with a light green fabric and sprinkled signature gold, vintage-looking furniture around the space.

Catterall added the store’s strategy is to highlight the well-established brands that its customer is most engaged with, through these dedicated boutique spaces. It also worked closely with the likes of Off-White, Chloé and Calvin Klein for the first time to create dedicated spaces on the floor, while smaller labels will feature in two more generic spaces, which are wholly operated by the retailer.

“We’ll continue to bring in new brands for the generic space, but as they grow we will be able to make boutique space for them because we’ve been keeping that relationship,” said Catterall, highlighting brands such as Altuzarra, Ellery, Acne, Isabel Marant and the emerging American label Lorod, as some of the labels featured in the space.

The boutiques also feature the brands’ full accessories and ready-to-wear offerings to reflect the way modern consumers want to shop, according to Catterall: “It can’t just be about ready-to-wear. Customers don’t shop like that anymore. They want to see the full look.”

Elsewhere, the floor leads onto the shoe department, which has been opened up with two big metallic arches leading into a charming, salonlike space complete with pastel blue rugs, velvet couches and geometric-shaped bronze displays. Jimmy Choo, Valentino and Christian Louboutin have dedicated spaces fronting the shoe hall.

Catterall said her focus is to continue to cater to the store’s customer base, a mix of Chelsea locals and international travelers. She said she will also look to introduce newness and more exclusive partnerships once customers begin offering their feedback, post-opening.

“When you open a space like this, you’re absolutely hoping that a new generation of customers will come to see it. We can then adjust our buy to them, but you can’t really change anything overnight — you have to evolve it,” she added.

The store’s approach to women’s wear echoes the revamp of the beauty hall downstairs, which stayed focused on its core brands upon opening, and went on to secure a number of exclusives, including the Generation Z and Millennial-favorite Fenty Beauty, which proved a huge success for Harvey Nichols. More exclusive beauty partnerships in the works.

The opening of the women’s department marks the refurbishment of 50 percent of the store. The company will continue to spearhead its storewide refurbishment plans, with the contemporary floors up next.

The overhaul of the Knightsbridge flagship has been impacting the retail group’s bottom line. In December, the company said it made a loss of 6.7 million pounds before tax in fiscal 2016-17, compared with a pretax profit of 3 million pounds in the previous period.