British retailer Harvey Nichols is focusing on emerging markets with plans for stores in Kuwait and possibly Moscow. 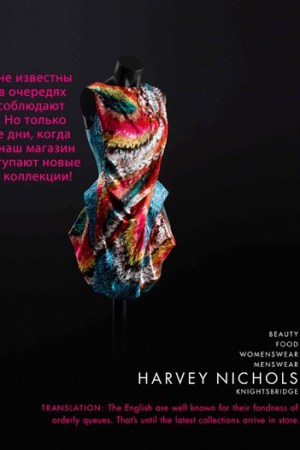 LONDON — Beware of China; American retailers are committing commercial suicide; mass spending power is gone forever; the worst of the global financial crisis is yet to come — Joseph Wan, the longtime group chief executive of Harvey Nichols, doesn’t demur when it comes to the future of fashion and retail, at home and abroad.

“We haven’t yet seen the worst of this crisis; it will, perhaps, come in the second half of 2009, and then we can take stock,” said Wan from behind a conference table at the store’s corporate offices in Knightsbridge here.

Wan, a Hong Kong native and former KPMG accountant who joined Harvey Nichols as chief executive in 1992, said the 2009-10 figures would have been far worse had he not been prepared for the drop in demand at the retailer’s six U.K. stores.

Last year, even before the credit crunch hit London, he slashed the store’s fall open-to-buy by 25 percent “in order to keep inventory levels clean and tight. The key to survival for any retailer is to watch the inventory levels,” he said.

He also warned the buying teams not to spend money on “experiments” or totally new brands, and to focus their minds on building sales densities with top performers, such as Juicy Couture. Buyers, whose budgets remain flat this year, are also working with solid sellers such as Giles to create more accessible price points, such as a dress that costs 800 pounds, or $1,280 — rather than 1,500 pounds, or $2,419. All of these are strategies also adopted by many of his peers in the U.S.

Wan has also invested in marketing campaigns targeted at overseas consumers who are taking advantage of the weakening pound. In March, the store launched a print campaign in six languages that plays on funny English stereotypes, such as: “The English are known for having bad teeth, that is why they need beautiful shoes.”

Wan said about 13 percent of sales at the store come from non-U.K. residents, and he expects that figure to rise to 16 to 17 percent this year. When the ads launched, the store said shoppers from China, Russia, Brazil and the Arab states in particular were increasing their spend on designer brands.

Wan has installed foreign-language ambassadors on the shop floor, and put in place a conversion system at the cash registers: Consumers are immediately charged in their home currencies, preventing nasty credit card surprises when they return home.

Outside the U.K., where Harvey Nichols has six more stores, Wan is pursuing his strategy to expand through franchise agreements with local partners in regions including the Middle East, Russia and South America — but he said he’s steering clear of Mainland China.

Wan points to the 80 percent poverty rate among the country’s 1.3 billion population. “Leave the coastal regions and go inland and you’ll see very primitive conditions, with people struggling for access to electricity and hot water,” he said, adding, “There is no mass affluence. A medical doctor there earns less than 100 pounds [$161] per month. How could I charge Western prices there?”

He also said the real estate equation in the big, prosperous Chinese cities doesn’t work for Harvey Nichols. “The rents are too high for a multibrand retailer. The mono-brands are doing well because they charge high margins, and can absorb the high rents in the big cities, but I can’t absorb those costs.” In Hong Kong, he said the Harvey Nichols store is performing “satisfactorily, but nothing too exciting.”

Instead, Wan is focusing on building business in emerging markets where he sees mass affluence growing. He’s just signed an agreement to open a branch in Kuwait in 2011, and is in talks to plant the Harvey Nichols flag in Moscow and São Paolo, Brazil. He said Harvey Nichols Dubai was outperforming its department store rivals in the country, while the store has recently changed its franchise partner in Turkey to the Demsa Group from Unitim Holding. The former, he said, was stronger in multibrand retailing.

In the long term, Wan’s goal is to launch a Harvey Nichols private label collection. But first he needs to open more stores. “We have too few Harvey Nichols doors right now to sell the private label goods,” he said. “We have 12 stores right now, but 15 is the magic number that would satisfy our minimum requirements. It’s a strategy we will continue to pursue.”

Wan has no current plans to expand to the U.S., although that hasn’t stopped him from voicing his thoughts on the state of his American competitors.

“The sector has committed commercial suicide by marketing promotions year-round — and educating customers not to spend,” he said. “This low-margin model, coupled with a high-overhead business, has made the stores very vulnerable at times like these.”

Although Wan believes it’s far too early to analyze fully the impact of the current crisis, he said it would undoubtedly change the landscape of luxury retailing.

“The easy money and available credit are no longer there. We’ll revert more to the old days when people bought real luxury only when they could afford it — as a treat or an investment,” he said.

Wan believes that, as a result, luxury firms will continue to prosper and the bottom end of the market will grow. “Masstige will become less important and the midmarket will face new challenges.”