The Sunset Plaza store turns up the dial on the elegant elements. 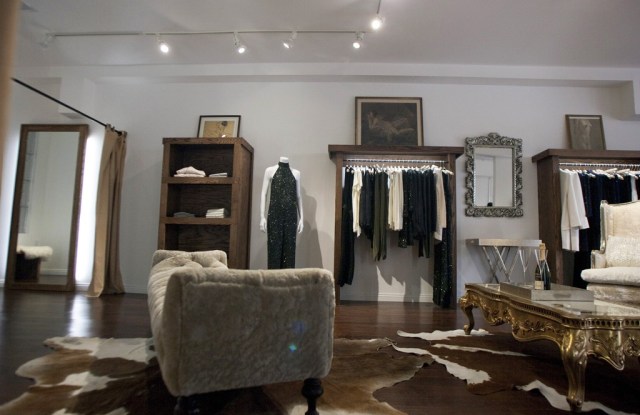 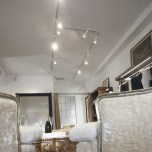 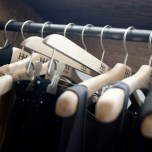 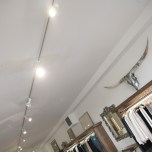 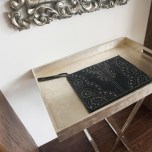 Haute Hippie isn’t going the safe route with its first store on the West Coast.

While many brands of its ilk are planting stores on Beverly Drive, Melrose Place and Melrose Avenue in Los Angeles, the New York-based label opted for the Sunset Plaza complex on Sunset Boulevard in West Hollywood for its 1,725-square-foot store opening today. The complex isn’t bereft of brands — Nicole Miller, Zadig & Voltaire, Calypso St. Barth, BCBG Max Azria, Sand and Oliver Peoples are among those with shops there — and it abuts the Hollywood Hills, but it hasn’t quite found its mojo as a fashion destination with beauty spots and restaurants becoming the main attractions.

“Everyone who came to me after I decided to drop on Sunset told me that it wasn’t the smartest idea. Because of the traffic and because there are not a lot of other contemporary brands that sit in the corridor that we are seating in, they believe we are going to have a difficult time. I hope that we are right and they are wrong,” said Jesse Cole, chief executive officer of Haute Hippie. “I wanted to have a bit more respect for the Los Angeles community and not be another retailer popping up in the obvious locations that could potentially host a brand. There is a resurgence in West Hollywood with Equinox, SoulCycle and Drybar next door. I saw that there was parking, and my wife and I are SoulCycle enthusiasts, and I just felt that the area was synonymous with our brand. Why not take this leap of faith and put our store there?”

The Old Hollywood feel of the location appealed to Cole and his wife Trish Wescoat Pound, Haute Hippie’s founder, president and creative director. In Haute Hippie’s three stores in New York, the retail design plays upon the contrast of elegance against rusticity. The Sunset Plaza store turns up the dial on the elegant elements. There are couches in red and ivory velvet, a taupe shearling bench, dark wood flooring and some 20 mannequins that fill the space and line 26 feet of windows. Similar to its other stores, there is also extensive use of mirrors, a suspended crystal chandelier, antiques with gold finishes, works of art with nude women, cowhide rugs, red oak bays teeming with holiday merchandise and suede curtains shrouding three large dressing rooms.

Cole said Haute Hippie’s New York stores have been profitable from the start, and the brand has experienced pleasant surprises at retail. “When we first opened up our pop-up store in South Hampton, we estimated a number and we did 150 percent above that number in that first season,” recounted Cole. Still, he is moderating his expectations for the Sunset Plaza store. “I do recognize what is happening in the world, and I do recognize that we are new and we are sort of off the beaten track,” he said.

In a tough environment, Cole wants to be realistic. He noted Haute Hippie, which has annual revenues of around $40 million and has received a personal investment from TPG founding partner David Bonderman, hasn’t met the lofty projections it set for itself at the beginning of this year. “We were a bit aggressive on our plan, but we are doing quite well compared to some of the people that we talk to in our category,” said Cole. “I just think that people didn’t shop as aggressively as they did in 2012 and 2011. I do feel the consumer is coming back, but a challenge that most retailers face is that there is a new sector in the apparel business and that’s e-commerce.”

Despite that challenge, Haute Hippie is moving forward with brick-and-mortar retail. At the moment, the brand’s business is 90 percent wholesale, but Cole would like that number to shift to 70 percent as retail grows. To assist with opening stores, Haute Hippie has hired Donna Pappalardo, who was the retail operations manager for Tory Burch. Cole said New York could support another Haute Hippie store, and he is considering placing stores in cities such as Miami, Houston and Dallas. Cole anticipates another one to two Southern California stores opening in 2014 with Laguna, Newport Beach, Brentwood and Malibu possible targets.

Even before its retail debut on the West Coast, Haute Hippie built up a customer base in the region. Cole approximated West Coast customers account for a quarter of its wholesale sales. And he thinks they will buy more once Haute Hippie’s full collection is available. During a recent trip to a Beverly Hills department store, he noticed, “People were buying the collection. They were buying what they could get their hands on, and we were not giving them enough of a variety. When you are in the wholesale business, you are really at the mercy of the wholesale buyer. They don’t really take a huge risk on some of the very important pieces for our collection.”

As she assembled the Sunset Plaza store, Pappalardo compared Haute Hippie with Tory Burch when Tory Burch was getting off the ground. “I really feel this is the next big brand,” she said.

Next year will be an important test. Not only will the brand try to prove it can retail successfully beyond New York, but it is planning a big accessories rollout. “2014 is going to be a very strong foundational year to do all the right things,” said Cole, adding, “For us to expand in other areas that aren’t our core competency, that’s where we feel we would make the biggest mistakes.”