The retailer's campaign to support mental health programs and awareness is gaining momentum. 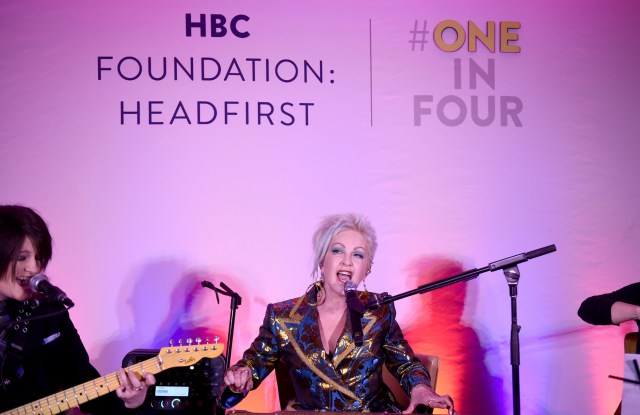 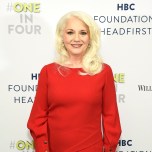 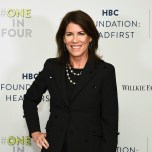 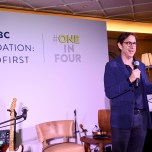 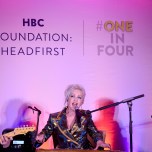 For Richard Baker and his team at the Hudson’s Bay Co., it took awhile to determine what cause to take on — but they found their passion.

“We really spent seven years thinking about what cause is right for our 65,000 associates and millions of customers. It kept coming back to mental health. It’s not something people like to talk about. It’s a crisis that affects every family in the U.S.,” Baker stated.

On Tuesday, HBC’s executive chairman and governor said the U.S. HBC Foundation, the charitable arm of HBC in the U.S., raised $2.2 million and awarded grants to four mental health programs. He addressed about 300 executives, vendors, associates, friends and media at the L’Avenue at Saks restaurant inside Saks Fifth Avenue during HBC’s “#1in4” cocktail fund-raiser supporting the cause.

Cyndi Lauper, appearing in a flashy gold and blue peak lapel jacket and oversized hoop earrings, sang two of her biggest hits, “True Colors” and “Time After Time.” She’s battled depression, chronic psoriasis and has contemplated suicide, but now maintains a positive outlook, which she conveyed to the audience. “Don’t forget what you came here for. When you leave you can actually do something.”

Among the VIPs at the event were Glenn Close and Cynthia Germanotta, the mother of Lady Gaga. Close founded “Bring Change to Mind,” an organization that seeks to end the stigma and discrimination surrounding mental illness and backs student-led mental health clubs in high schools.

Germanotta and her superstar daughter founded the “Born This Way Foundation” to support the mental and emotional wellness of young people, decrease stigma of it all and improve access to resources.

Baker said he was proud of the $2.2 million raised for the cause, noting the big jump in support from the $1.5 million raised the year before. “I wish I had retail comps like that,” Baker joked. But he stressed that now more than ever, there’s “a tremendous urgency to foster mental health awareness and understanding” and said one in four Americans suffer from mental health issues and that his family has been confronted with depression and anxiety issues. Many of the afflicted feel stigmatized, don’t know where to find help and are often afraid and uncomfortable reaching out.

HBC is committed to donating about $4.5 million ($6 million in Canadian dollars) to mental health initiatives across North America by 2020. The company is well on its way to meeting the financial goal and to making mental health a priority by increasing understanding and improving access to care.

For Baker, HBC’s annual cocktail benefit for mental health is among his favorite nights all year.

“There is something warm and comforting and a little unusual about this event,” Baker said. “Maybe it’s the fact that there is no dinner and it ends early — or it’s the cause. Personally and professionally, of all the things I am involved with, this is the most special cause.”

“Mental health is central to the well-being of our young people,” said Germanotta. “We know from our research that youth today already see it as an important priority, but it is on all of us to make sure every young person has the tools, resources and opportunities they need to support their mental and emotional well-being.”

“By supporting like-minded organizations that can make an impact, we hope to drive progress and change around these critical issues, but the work is far from finished,” said Helena Foulkes, HBC’s chief executive officer, who cohosted the event with Baker. Referring to the campaign, she said, “Richard gave birth to this. It’s spectacular.”