HBC in a Whirlwind of Challenges and Changes

HBC's long and often rocky history concludes another chapter next week when shareholders vote for or against taking the company private.

At Hudson’s Bay Co., the future is in flux.

The Toronto-based retailer continues to grapple with sales declines and losses amid ongoing transformations across divisions and a heated battle to go private, which culminates next Tuesday when shareholders vote for or against the proposal.

HBC’s executive chairman Richard Baker, leading a group of like-minded major shareholders representing a combined 57 percent of the shares, has offered 10.30 a share in Canadian dollars to buy the remaining 43 percent of the business. 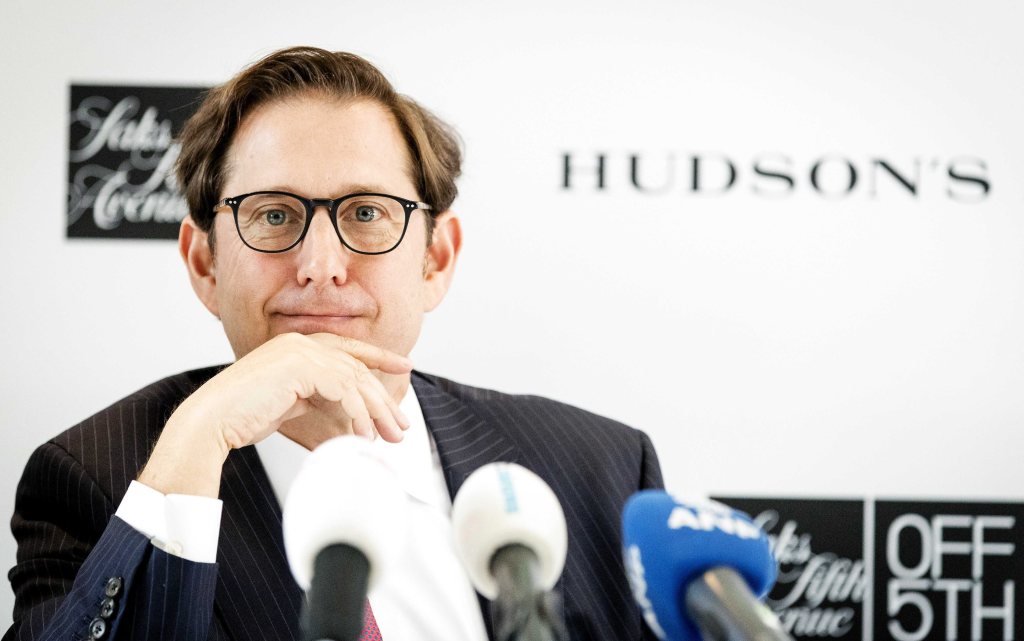 But some minority shareholders, including the Catalyst Capital Group private equity investment firm, which has proposed $11 a share for the entire company, oppose the plan and view it as unfair. Last week, Institutional Shareholder Services, considered an influential advisory firm, gave a thumbs-down to Baker’s bid. But the Egon-Jones rating company also issued a report stating that Baker’s bid offers “compelling value” for minority shareholders and cited extensive negotiations between the group, the special committee and advisers to devise the bid.

For Baker’s bid to go through, approval by a majority of the 43 percent of the shares not owned by Baker and his group is required. Since the HBC board’s special committee approved Baker’s bid, his group has been vigorously campaigning to get the support of minority shareholders. The group, called the continuing shareholders, contends that its deal provides “immediate and certain value” at a significant market premium, that retail industry headwinds are keeping the stock price down, and that HBC needs more capital to be competitive, pay rents and restructuring costs, and possibly redevelop properties.

For two years, the 9 billion Canadian-dollar HBC has been streamlining its retail and real estate portfolio in North America and Europe and is down to three divisions: Saks Fifth Avenue, Saks Off 5th and Hudson’s Bay. By next year, HBC will operate 245 stores across its three banners, as well as the web sites for the nameplates.

HBC was hit last quarter by a “pause” in luxury shopping, sales and profitability declines at the Saks Fifth Avenue and Hudson’s Bay chains, and costs associated with liquidations, exiting Europe and vendor changes. The situation has been complicated by costs associated with the special committee commissioning real estate appraisals, and changes in vendor relationships involving shifts from owned to lease situations mostly at Saks and  beginning to overhaul the matrix at the Hudson’s Bay chain.

Adjusted earnings before interest, taxes, depreciation and amortization declined to 40 million Canadian (U.S. $30 million) from 84 million Canadian (U.S. $63.4 million) in the year-ago period, due to the sale of the interest in the European real estate venture and lower profitability in the North American retail businesses, which includes the Saks Off 5th off-price chain as well as Saks Fifth Avenue and Hudson’s Bay.

While HBC’s quarterly report was disappointing, executives did cite some positive developments. Among them: 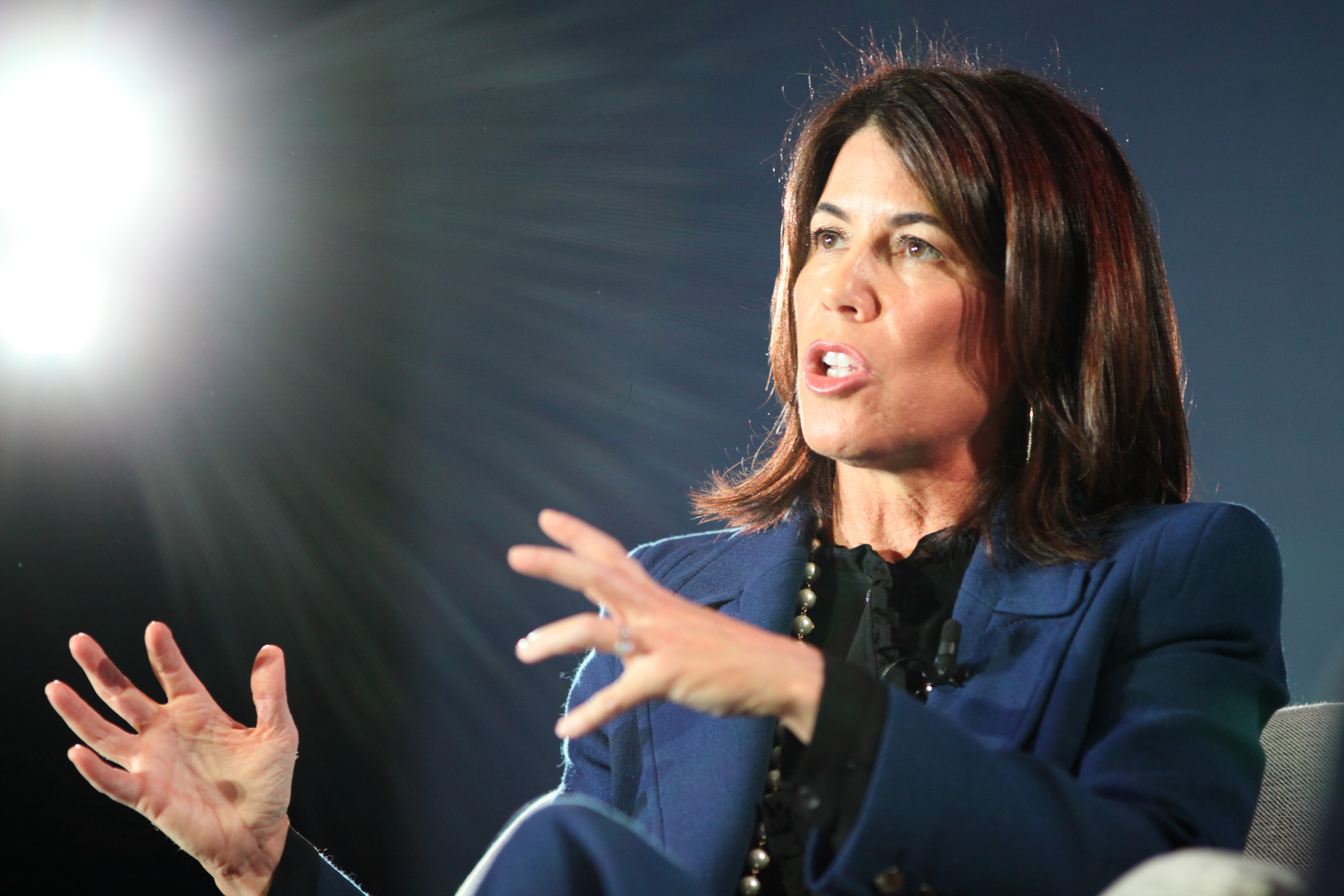 • Liquidity was strong and inventory was down 3 percent.

• “A rigorous review” of costs at all banners is under way and a new store labor planning model to better schedule workers will help cut selling, general and administrative expenses.

• Saks Fifth Avenue’s flagship transformation is almost done and “at full strength with little to no construction left,” Foulkes said. Of HBC’s 79 owned properties, the flagship is most valuable. It was appraised at $3.7 billion U.S. four years ago, but appraised at $1.6 billion this year.

• Hudson’s Bay chain is overhauling its vendor matrix to be “modern, upscale and slightly fashion-forward.”

Still, in citing HBC’s challenges, Foulkes did not mince words. “We faced our toughest comps, soft industrywide luxury sales and the challenge of winning back market share in Canada. Strong digital growth, continued cost containment and inventory control were not enough to deliver the financial performance we wanted. We must quicken the pace of improvement while eating the ongoing costs of our strategic portfolio reset and the headwinds impacting our industry.”

Foulkes said she’s “confident in the changes and HBC’s future, and during a conference call said the pause in luxury shopping last quarter has ended. She remains “cautiously optimistic” for the holiday season, which started with “a normal level of promotions in luxury and in Canada.”

Saks Fifth Avenue’s comparable sales decreased 2.3 percent in the quarter after a 7.3 percent increase a year ago. Men’s and jewelry were fast-growing categories, and the Fifth Avenue Club personal shopping service grew 15 percent. “Business has been quite strong for last eight weeks or so. We are still cautiously optimistic. We should see a much better performance from Saks in the fourth quarter. It’s an easier quarter for us to be comping due to last year’s flagship renovations.”

In Canada, Hudson’s Bay’s comparable sales decreased 3.9 percent last quarter, and increased 0.4 percent on a two-year stacked basis. The division experienced a “very good” Thanksgiving and Cyber Monday stretch. However, “We still think we will have pressure in the fourth quarter at the Bay,” Foulkes said.

The division’s overhaul has been progressing. Seventy-five designers, most in apparel, will be added to the assortment for the spring, on top of the 100 brands added this year. Three hundred vendors were dropped last year and another 300, mostly smaller, outdated ones, will be dropped by spring 2020. “We feel very good about where we are in the home business,” Foulkes said. “We made a lot of changes from basic to more fashion-forward home. We are more in our infancy in women’s and men’s apparel categories. The challenges facing Hudson’s Bay are largely self-inflicted.”

The Bay’s transformation emphasizes “newness, exclusivity, better merchandise and service,” Foulkes said. “We are modernizing and delivering an upscale edit.” Changes are being spread across the chain, with a “particular focus” on the top 20 doors. “Women’s and men’s is still our biggest category. We still have more work to do. We are not moving as fast as I would like. In home and beauty we are starting to see the turnaround we expected.

“Whether we are a public or private company our strategy remains the same — making focused investments to drive growth in each of our businesses, enhancing customer experience across all channels, reducing operational costs and complexity while continuing to fix the fundamentals, and capitalizing on the value of real estate,” Foulkes said.