Heading to the Desert? Bloomingdale’s Store In Dubai Said in Works

Bloomingdale's appears ready to take its expansion overseas and join the rush of high-end retail and designer brands headed to the Middle East.

By David Moin and Luisa Zargani on March 10, 2008
View Slideshow 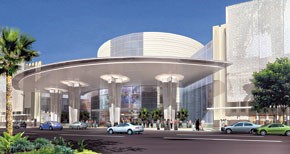 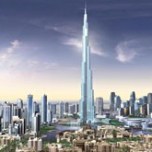 Bloomingdale’s appears ready to take its expansion overseas and join the rush of high-end retail and designer brands headed to the Middle East.

The retailer’s first stop could be the epic Dubai Mall, according to real estate sources. The mall is under construction for a late 2008 or 2009 opening, and is planned to be the largest in the world.

A source in the Middle East said a group from Dubai may be close to a deal to operate Bloomingdale’s in the region and is seeking space in the mall. The same source said Bloomingdale’s also was eyeing Kuwait.

When asked about opening abroad, Michael Gould, chairman and chief executive officer of Bloomingdale’s, replied: “We do not speculate on any rumors.”

The surging price of oil has turned the Middle East into a major market for designer and luxury brands. Michael Burke, ceo of Fendi, earlier this year told WWD that the brand’s growth in the region is similar to that in China. Construction is going gangbusters in Dubai and Qatar, where the United Development Co. is spending $6 billion to build an island that will have 280,000 square feet of retail space.

The Dubai Mall is being built by the Emaar development company, based in Dubai, and will encompass about 10 million gross square feet, including 3.8 million for retail, and the world’s tallest building — the Burj Dubai, with more than 200 floors and an Armani Hotel at its base. The project will rival in size the 4.2 million-square-foot Mall of America in Bloomington, Minn., which plans to add 5.6 million square feet.

Resembling an ocean liner from the outside, Dubai Mall’s interior is expected to include more than 1,000 shops and incorporate a “malls-within-a-mall” format. The main centerpiece will be Waterworld, with a water terrace, fountains, aquarium and a 36-acre lake.

Construction on the mall began in late 2004.

Galeries Lafayette has signed on as an anchor, and the Al-Tayer Group, a major retailer group that operates licensed stores throughout the Mideast, also will be a major tenant, bringing in luxury fashion and jewelry stores, as well as less expensive brands such as Banana Republic and Gap.

Other department stores also are eager to rush in. Harvey Nichols of the U.K. already has stores in the region, while Saks Fifth Avenue has moved onto the international stage by opening licensed units in Riyadh, Saudi Arabia and Dubai, and is eyeing Qatar, Kuwait and Bahrain. The company’s first licensed store in China is scheduled to open next year. There is also a licensed Saks store in Mexico City, as a test to determine the potential for more units in the country. In addition, Saks has been looking at Japan, Macau and India, among other locations.

Bloomingdale’s and Saks are among the few upscale department stores that are internationally recognized and transportable, largely because of their dominant flagship presence in Manhattan and other key stores in portal cities such as Miami, San Francisco and Los Angeles that attract tourists from around the world.

Another major mall under construction is the Mall of Arabia in the Dubailand theme park, which is also opening around the time of the Dubai Mall and expected to surpass Mall of the Emirates in size, but not be as large as the Dubai Mall.

As reported, Massimo Gasparini, ceo of Missoni, said, “We believe the region has a huge potential. I’m just back from a trip to Dubai, where I took a photograph in which you can see at least 50 construction sites. The pace at which this strip is growing is unbelievable.”

“Many designer brands will be operating their largest stores in the Middle East at the Dubai Mall,” said Khalid Al-Tayer, group general manager of business development for the Al-Tayer Group LLC. “We will be doing a Giorgio Armani world concept.”

“The Bloomingdale’s brand has enormous potential to grow,” Spring said during an interview on the day of his promotion. “The organization is invigorated by the success we’ve had in new stores, upscale businesses and contemporary brands. The current business climate affords us the opportunity to take market share as a leader in those businesses. Defining Bloomingdale’s as an upscale, fashion-forward retailer has made us a more competitive store.”

The expansion-minded Bloomingdale’s also has explored the possibility of opening a store in China, and is looking at plenty of real estate in the U.S. Over the past two years, Bloomingdale’s has opened stores in San Francisco; Costa Mesa, Calif.; San Diego; Chevy Chase, Md., and Chestnut Hill, Mass. With each opening, the retailer has demonstrated a willingness to try new formats, including designer shops, restaurants and innovative facades, and to adapt to units in a range of sizes.