How does the Limited, a once powerful $1 billion-plus brand, find its way back after losing its relevance and nearly half its store base? 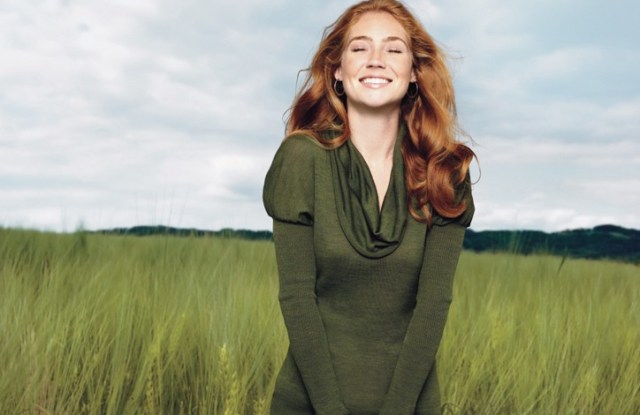 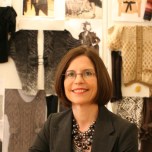 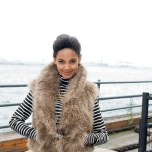 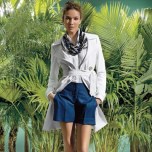 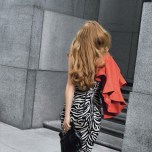 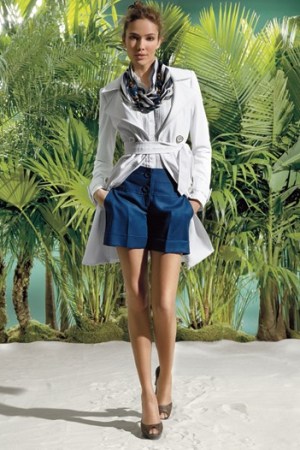 A spring style from The Limited.

NEW YORK — How does a once powerful $1 billion-plus brand find its way back after losing its relevance and nearly half its store base?

This story first appeared in the October 13, 2009 issue of WWD. Subscribe Today.

That’s the question that keeps Linda Heasley, chief executive officer of The Limited, awake at night. But Heasley has ideas. For starters, Limited on Wednesday will open a pop-up shop on Spring Street in SoHo to give New Yorkers some face time with the brand, whose last store in Manhattan closed in 1999.

Two labels from Limited’s past, Forenza and Outback Red, are being resurrected and will be relaunched at the pop-up shop. In addition, the company has created a new feminine store prototype and embarked on a partnership with Jodi Arnold.

Heasley, who joined Limited as chief operating officer in January 2007, became ceo in August of that year when Limited Brands Inc. sold a 75 percent stake in the chain to affiliates of Sun Capital Partners Inc. “I joined Limited to get it ready for a sale,” she said. “When Sun acquired it, they asked me to stay on as ceo.”

Sun’s investment in the brand — the deal called for Sun to pump $50 million of equity capital into the business — enabled Limited to invest in new stores and point-of-sale systems.

For the first time in 16 years, Limited will be profitable this year. “Now we’re getting into a free cash flow state,” Heasley said.

Limited is finally leaving Limited Brands’ campus and moving into its own offices elsewhere in Columbus, Ohio. “Les [Leslie Wexner, chairman and ceo of Limited Brands], has been a wonderful parent,” Heasley said. “We felt the need to separate ourselves.”

The new ownership structure has created other opportunities. “We weren’t allowed to do dresses, coats and accessories under the old ownership,” said Heasley.

But Limited’s volume has dwindled to $400 million from a high of more than $1 billion in the Eighties. “We believe we can continue to increase our growth,” Heasley said. “We’re on a trajectory to open 10 stores a year. We’ve been approached by Canada and there’s a global opportunity. We’re watching competitors shutter doors because they’re overstored.”

Heasley said the Limited’s store count could double to 400 from the current 200.

She has immersed herself in consumer research, discovering that shoppers love silk and wool, but don’t like paying for dry cleaning, so other fabrics are being developed. Nor do customers want tricked-out designs. “We go from runway to real way,” said Heasley, who test-drives the clothes. On this day, she is wearing a black leather motorcycle jacket and yellow pencil skirt.

Limited’s target customer is between the ages of 21 and 35-plus, highly educated and favors specialty stores or department stores such as Macy’s. The relaunch of Forenza is “monumental,” Heasley said. “Under Forenza, we can accommodate a more urban feel. Forenza can give us an anchor for that younger sensibility.” A classic Forenza sweater with a shaker stitch was updated with a cowl-neck and will be introduced in eight colors. “This sweater sold millions and millions of units [in the Eighties],” Heasley said. Outback Red, first introduced with an Africa story line, has moved to the Napa Valley. In February, another locale will be revealed.

Heasley said Limited’s suiting is based on a luxury product. “We deconstructed an Armani jacket,” she said. “Jackets have peplum skirting and interesting necklines like an Armani.” Price points are $150 for a Studio 400 suit and $300 for a tropical wool suit.

Arnold is designing a line for Limited said to be inspired by women across the globe and the power to create. The collection, based on craft, will make its debut in March and feature rompers, pants, shorts and tops with unique embellishment.

The Limited’s new stores average 4,000 square feet, down from the current 7,000 square feet. A new retail prototype has been implemented in four units. Modeled after a woman’s bedroom and office, it features red-painted ceilings above the cash wrap and dressing rooms “to draw you in,” Heasley said. “We wanted a new level of service. Fitting rooms have call buttons and there’s an e-bar for ordering out-of-stock sizes.” Men can read magazines and books or use wireless remote to check their e-mail while their wives or significant others shop.

“We have a very high name recognition,” Heasley said. “But I’ve got to let people know it’s a new Limited.”