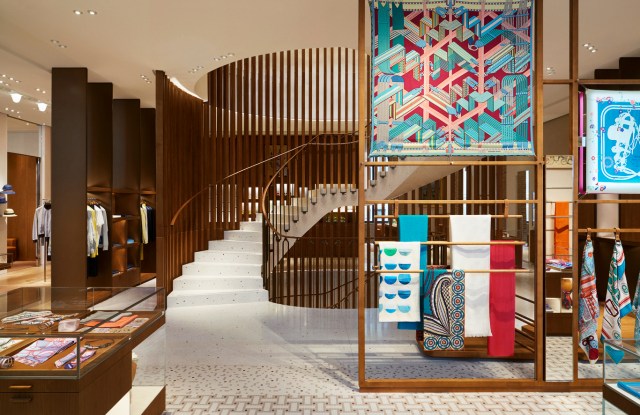 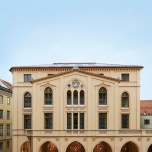 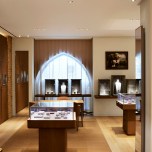 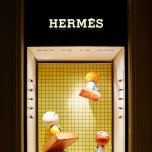 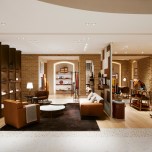 BERLIN — Consider it a birthday present — and a big one.

Celebrating its 30th year in Germany — as well as in Munich — Hermès today moved into a significantly enlarged flagship in the Bavarian city’s renovated Münzarkaden on Maximilianstrasse. The company’s German headquarters are also due to take up residence in the building at number 8.

The arcaded landmark on one of Munich’s most prestigious corners was built in 1863 by Friedrich Bürklein. Three decades ago, in 1987, the French luxury house opened its first German boutique in another Bürklein edifice a few blocks down Maximilianstrasse at number 22.

Though the previous address was undoubtedly a prime retail location on this luxury-and-designer-studded shopping street, Hermès needed more space for its burgeoning Munich business and product worlds.  “We’ve been looking a long time for a bigger space, but it’s not that easy,” Christina Rosenberg, managing director of Hermès Germany, said. “We wanted a building with lots of history,” but also a layout that would permit a better arrangement of the Hermès brand segments.

The Münzarkaden provided both. The complete gutting and restoration of the complex brought pieces of the city’s walls dating back to the 13th century to light, parts of which have been incorporated into the new store’s design. More substantially, the three-floor flagship of about 6,900 square feet now allows all 16 Hermès product categories to be presented.

“We can finally work in universes,” Rosenberg said, down to a full display on the basement level dedicated to the ever-growing Art de Vivre product ranges, including larger furniture pieces, wallpaper and fabrics.

The ground floor is home to women’s scarves; fashion accessories including leather and enamel jewelry and an olfactory table — a first for Munich. “We never had the space for this, and people can now discover and experience the perfumes in a completely different way,” she said.  The main floor also accommodates a “full universe for men.”

Women’s wear reigns on the second floor, with fashion, shoes, leather goods, jewelry and watches presented in open and clearly delineated areas that here, as elsewhere in the store, don’t block the overall view. Under the direction of Paris architectural office RDAI, which is responsible for the design of all other Hermès boutiques worldwide, the store’s most prominent element is the spiral staircase. Linking the three floors, the handcrafted terrazzo stairs are supported by a sculptural harp of cherry wood, while the bronze-toned railing takes its inspiration from stirrups, a nod to Hermès’ equestrian heritage.

Another central feature is the floor-to-ceiling room divider, an open cherry wood framed construction on which to highlight the house’s scarves in all sizes and shapes. Not only a visual highlight, the divider, which will also be installed in Copenhagen, allows and almost invites customers to touch and feel the silk products.

The Munich store is now the largest of Germany’s 17 Hermès doors (including four airport stores), followed by Frankfurt’s 4,100-square-foot store. According to Rosenberg, Munich is also the brand’s strongest performer in Germany, “but the country is so decentralized that our [German] business is really balanced.”

Similarly, Rosenberg said the company’s German business is also “very balanced, and not only accessories and leather driven.” Women’s wear is growing each year, she said, and men’s is growing as well, but she acknowledged that “we have to work on this potential. A lot of men have their own tailors, and many still think we only have ladies’ fashion.”

Though Hermès doesn’t break out European sales figures by country, other than France, Rosenberg said Germany “is extremely important in Europe due to the high demand we have here for quality and innovation.” In addition, Germany is an important tourist destination for people from all over the world, a key sales driver in the luxury sector, but she added the house’s success in Munich is driven “much more by locals than tourists. We have loyal customers over generations, and we’re very proud of this.”

Present in “all the important cities,” but also smaller towns like Baden-Baden that are on the Hermès customer’s circuit, Rosenberg doesn’t currently envisage further German openings in new locations but said existing stores will be optimized and developed. While she suggested “the luxury business in general will be a big challenge for everyone,” she remains bullish on Hermès’ potential in Germany.

“There’s a big market and potential here for authentic luxury products…especially products that can be repaired, develop a patina over time and be handed over from one generation to the next.” Also on the growth horizon: special orders, be it for a woman’s bag or Hermès leather seats for a man’s vintage car.