San Francisco-based Hero Shop is about to turn its Marin County pop-up into a second location.

Marin Country Mart may sound like a rural destination, but one look at its retailers in residence tells a different story. And come mid-August, its narrative expands with the permanent addition of Hero Shop, the three-year-old retail venture founded by former fashion journalist Emily Holt.

Bucolic Marin County got acquainted with San Francisco-based Hero Shop as a pop-up store in May. But the area’s charms coaxed the retailer to stay. “The Mart is great — it’s sunny, it’s pretty. There’s so much life there, and the customers are so engaged. And it’s really a lifestyle for people up there,” Holt told WWD.

Prior to opening Hero Shop, Holt worked at WWD, W and Vogue in New York in various editorial roles. Eventually she returned to her native Bay Area and now, as a store owner with a flagship in San Francisco’s Tenderloin neighborhood, she casts her eye toward choosing ready-to-wear, jewelry, shoes, bags, home, gift and tech products for her Bay Area clientele.

“I was never able to find a shop that carried the designers that I was writing about at Vogue, or I was meeting in New York,” she added. “I would see them at Neiman’s, [and] the next time I would come home, I’d find out that Neiman’s dropped them.

“So it was brands like Sophie Buhai and Adam Lippes and, when they were still around, Creatures of the Wind, that I just couldn’t find in the city,” Holt continued. “And I had built these relationships with these designers. So I wanted a place where they could feel welcome, and come out and do trunk shows or lunches, meet the people out here and bridge that gap between the designers in New York and the customers out here.”

Not that the city lacks for high-end designers and their branded boutiques. But, she figured, edited collections that highlight both top designers and buzz-worthy, local labels were harder to come by. 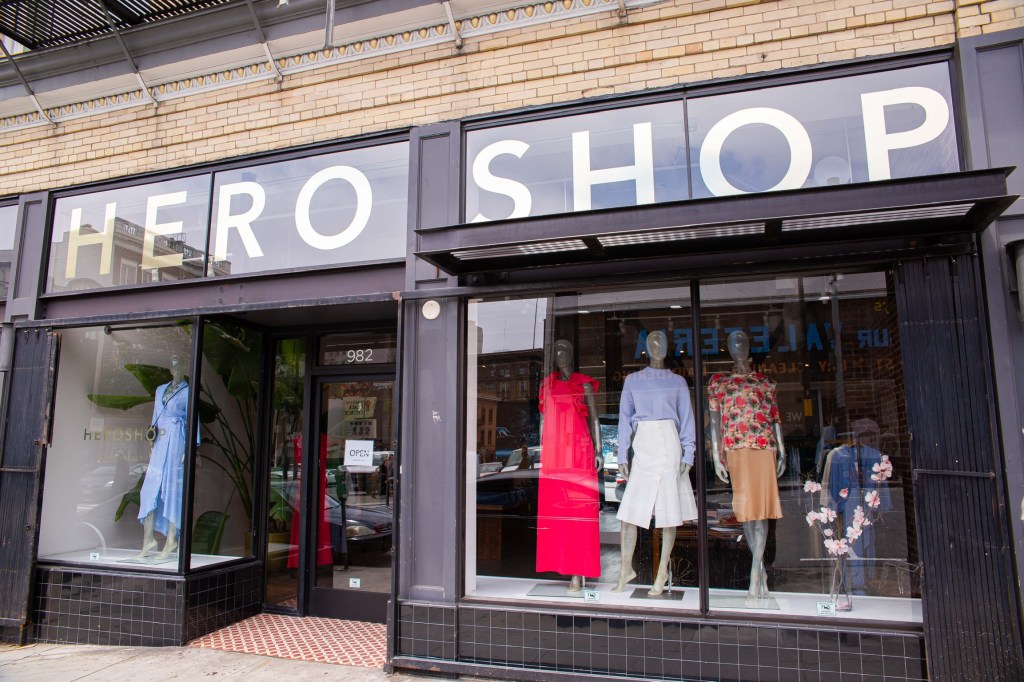 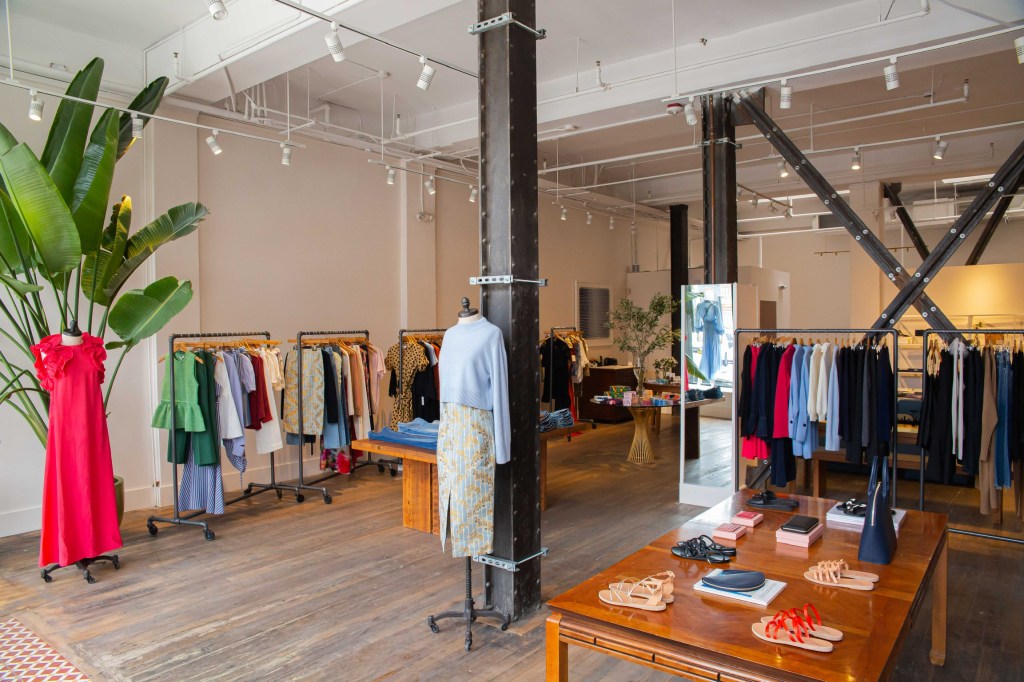 The formula drew patrons from the city as well as outside, including from Marin.

The north bay neighbor plays host to everyone from foodies to design nerds and other creatives. The cast of personalities who live or hail from there include director Barry Levinson, celebrity chef Tyler Florence, filmmaker George Lucas and the late singer Janis Joplin and actor Robin Williams, among many others.

It’s easy to see Marin’s attraction. The area can satisfy any longing for open, rustic environs, while nurturing a deep appreciation of both artisan craft and urban sophistication. Hero Shop, with its mix of established designers and local brands, seems suited to this sensibility. And, according to Holt, the reaction from local residents made the decision a no-brainer. 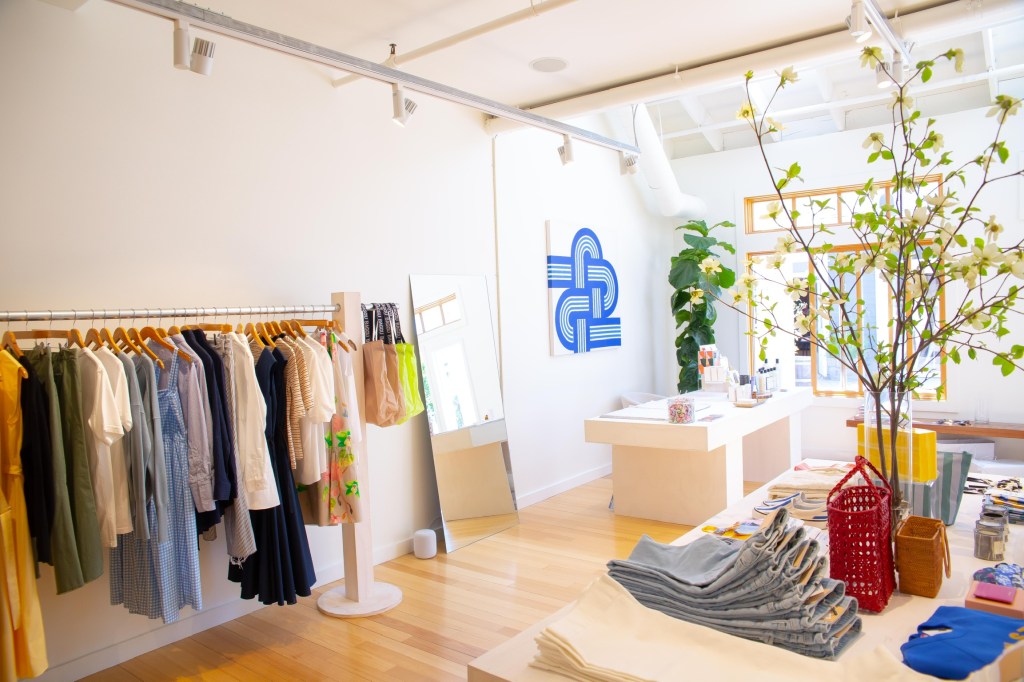 The store hopes to make its second home official later this month. It will nestle in amid other Country Mart retailers — such as Hutchinson, James Perse, Malia Mills, Roller Rabbit and Union Made — and destination-worthy offerings, like a farmer’s market and yoga, pilates and SoulCycle classes.

In the meantime, Holt has plenty on her plate, between running Hero Shop’s annual children’s backpack drive and firming up plans for upcoming events with Ganni, Kule and Origin. And in between, perhaps also advocating for the Bay Area’s fashion cred in general.

“I hear so many people who live here say that there’s no style here. And yet they’re staring at me, [they’re] dressed very stylishly, so that’s not actually true,” said Holt. “People get really hooked on the narrative, and that makes me absolutely bananas — not only because it’s not true, but also because I grew up in the Bay Area, in Los Gatos.

“When I was working in New York, there was all this interest in what’s happening in ‘Silicon Valley.’ All the brands want the money out here, and they want to know what the style’s like out here,” she continued. “Everyone’s just so curious, and what I would hear a lot is, ‘Oh, you know, there’s not really any style there.’ I just refuse to believe that’s true. I refuse to believe that I was some sort of anomaly who grew up there, yet was able to get a job with these very illustrious magazines.”