The Swedish retailer giant has partnered with Myntra to accelerate growth in the region. 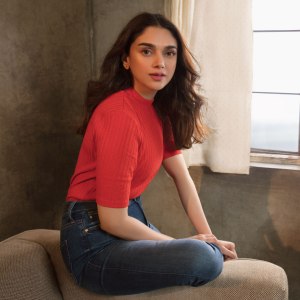 H&M has been seeing substantial growth in India, with 42 brick-and-mortar stores since its launch in 2015 and it’s own e-commerce platform launched last year. The retailer has been quick in getting the pulse of the Indian market and helped its profile in the region with its first campaign featuring Bollywood film stars. These include younger artists such as Aditi Rao Hydari, Diana Penty, Amyra Dastur and Aditya Seal.

“The demand for international fashion brands is on the rise in India and H&M is one of the top global brands that has a strong fan following in the country,” Amar Nagram, head of Myntra Jabong, told WWD. “Over the past year we have recorded 25 million searches for H&M on our platform. Myntra’s reach of over 19,000 pin codes, with a strong presence in Tier 2 and Tier 3 cities and towns, its deep understanding of fashion and its ability to scale, makes it an ideal partner for H&M to expand its footprint in the Indian market. “

“Myntra is the leading destination for fashion in the country and the association with H&M further strengthens this proposition. This partnership enables us to provide our customers access to the best of international fashion brands as well as acquire new customers,” he said.

Fredrik Olsson, managing director of H&M was in India this week to support the endeavor, and accentuated the importance of the collaboration.

“We see huge potential in India,” said Janne Einola, country manager H&M India. “H&M has grown fast in India, with sales of 11.08 billion rupees (or $155.11 million) for the year ending Nov. 30, growth of 29 percent over the previous year.”

Global sales for the company were $23.23 billion in 2018. The group’s other brands, including COS and Cheap Monday, have not been launched in India yet.

Over the last year, there has been more concerted attention for the direction Myntra, Jabong and Flipkart itself was likely to take, after the Walmart acquisition, and it is becoming clear that both its business of private labels and partnering with global brands are both being accelerated.

Myntra has kept its lead positioning in the fashion retail segment, even after it was acquired by Flipkart in 2014 in a deal valued at $290 million. Adding to the strength of the group, Jabong was acquired by Flipkart in 2016, through Myntra, for an approximate $70 million. Jabong had some exclusive partnerships at the time, with brands like Dorothy Perkins, Topshop, Tom Tailor, G Star Raw, Bugatti and Forever 21.

Among the points of transition last year has been a change of leadership, with Nagaram taking over as head of Myntra and Jabong this January, while Kalyan Krishnamurthy continues as group chief executive officer.