H&M Brings COS to Sweden 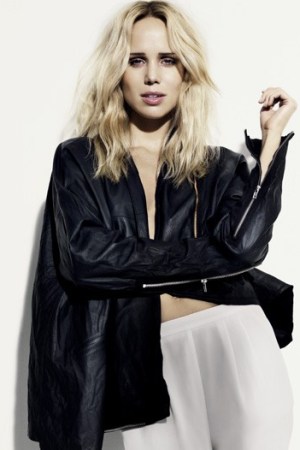 PARIS – Almost four years after its overseas launch, Hennes & Mauritz is finally bringing its high-end COS concept to its home turf.

The fast-fashion giant will open a COS store in Stockholm this summer, marking the first time the clothing and accessories collection for women, men and children goes on sale in Sweden. “We are delighted to launch the COS collection in Sweden and believe that COS will suit the Swedish customer perfectly,” stated Pernilla Wohlfahrt, brand director at COS.

Known for its minimalist aesthetic, COS launched in March 2007 with a store on Regent Street in London and now has 35 locations in eight countries: the United Kingdom, Germany, the Netherlands, Denmark, France, Spain, Belgium and Ireland.

In other Swedish news, H&M is preparing to launch its first collection designed by a fashion blogger.

The retailer has collaborated with local fashion editor Elin Kling, who writes the Style by Kling blog (www.elinkling.net/stylebykling/) and regularly appears on local television, for a capsule collection that will go on sale Feb. 3 exclusively in Sweden.

“The collection is minimalistic and raw, but with bohemian elements, something that reflects my personal style well,” Kling stated.

Consisting of nine items of clothing and two accessories, the collection will be available in 10 stores in Stockholm, Gothenburg, Malmö and Uppsala, with 10 percent of the sales price going to Unicef.

The collaboration is the latest pairing a high street retail chain with a blogger: Jane Aldridge of Sea of Shoes has designed footwear for Urban Outfitters, while Rumi Neely of Fashion Toast starred in an advertising campaign for Forever 21.