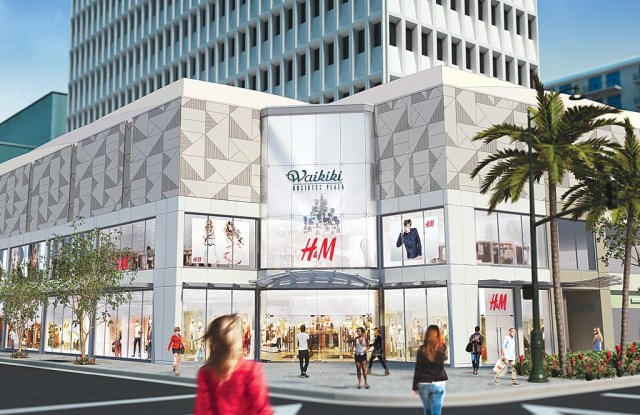 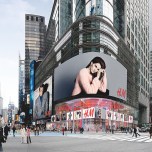 “We’ve established a strong brand,” said Daniel Kulle, U.S. president of H&M. “Now we can see that we can grow and expand in many markets in the U.S. There’s huge potential at the moment.”

The fast-fashion giant unveiled 40 U.S. stores last year and wants to surpass that number in 2013. “This is just the beginning,” Kulle said Thursday, revealing 10 new locations, including the Roosevelt Collection in Chicago; Union Station and The Shops at Georgetown Park in Washington; the French Quarter in New Orleans; City Place in West Palm Beach, Fla., and the Waikiki Business Plaza in Honolulu, one of the brand’s biggest new markets to date.

Kulle declined to project the ultimate number of H&M stores that could populate the U.S. but said, “The [store count] of major apparel tenants in the U.S. is one benchmark for the potential.” For example, Forever 21 operates close to 500 stores, and Express, 600 units.

While H&M has been investing in new flagships, the retailer has also been spending money to renovate existing stores. Units on Newberry Street in Boston, on Powell Street in San Francisco and in White Plains will be transformed this year. “We have the resources of a healthy company,” Kulle said. “We have no debt and no financing from banks.”

However, H&M’s long-term investments have taken a toll on the company’s earnings. In the fourth fiscal quarter, net profits fell 1.3 percent. Analysts said the company has been making investments in e-commerce and new retail concepts such as the recently launched & Other Stories against a backdrop of economic malaise in Europe, where it does most of its business.

E-commerce is nonetheless an important initiative. “There’s huge growth in multichannel,” Kulle said, noting that H&M is launching a U.S. e-commerce site in the summer. The introduction of e-commerce in the U.S. was pushed back three times. In the fall, millions of potential customers will receive an H&M catalogue in their mailboxes.

“It’s a very strong package,” Kulle said of the one-two punch of the Web site and catalogue. “We see catalogues as part of marketing and a way to inform and excite customers about H&M. They’ll see our different concepts for men, ladies, babies and teens. The catalogue business today is much more sophisticated. It’s not just throwing millions of catalogues out there without knowing where they’re going.”

H&M is taking a new approach to designing flagships, further customizing stores to specific locales. Two previously announced Manhattan stores opening blocks away from one another will look like they’re worlds apart. “The designs will be completely different,” Kulle said. “It takes a lot of resources to make them unique.”

The store at 589 Fifth Avenue and 48th Street, which will be H&M’s largest in the world with 57,000 square feet of space, will be elegant and sleek, “more like a high-street store,” Kulle said. The 4 Times Square store will have a “full-on party atmosphere.” The 42,500-square-foot unit will have LED signage measuring 70 by 70 feet at the top of the skyscraper, massive signage on the store’s exterior, billboards and interactive elements inside.

“We’re going to make it very localized,” Kulle said. “We’re a democratic brand and want to show the world that everyone has the possibility of coming [to our stores, whether they are] the Fifth Avenue customer or the value customer. We’re aiming for many different types of customers, a broad base.”

Kulle said that nothing has been decided regarding H&M’s existing store on Fifth Avenue and 51st Street once the two new behemoths open. “We’ll keep the lease,” he said. “We’re going to continue to run our store as long as the lease is there.” Asked if it could be converted to & Other Stories, Kulle said, “There’s more real estate in Manhattan. As long as you have a strong concept, it’s not difficult to find real estate.”

Kulle said the U.S. may be ready to welcome other brands in H&M’s portfolio. “Everything is in the works and the plans,” he said. “& Other Stories has the potential with other H&M brands to come to America. It looks very interesting for fashion-conscious females and is right-on [in terms of trend]. That’s a brand we can take over to America. We can also take Cos, which has 70 or 80 stores. Cos for sure will be in America. We’re looking for an opportunity to open Cos. We also have other, smaller brands, such as Cheap Monday. That’s the recipe for growth.”

H&M’s home collection will bow in three stores: Newbury Street in Boston; the existing Manhattan flagship at Fifth Avenue and 48th Street, and the French Quarter in New Orleans. H&M will launch the home line on the e-commerce site in the summer. The home offering is self-contained in stores, taking over about 10 percent of the space.

“We’re happy we have a strong concept catering to the whole family,” Kulle said. “You don’t have to leave H&M. You can shop for your kids when you’re younger and shop for yourself when you get older. We have 269 stores in U.S., but with more than 314 million people in the country, we haven’t exposed everyone to H&M yet.”