By Elena Berton and Kelly Wetherille and Anne Riley-Katz on November 16, 2009
View Slideshow 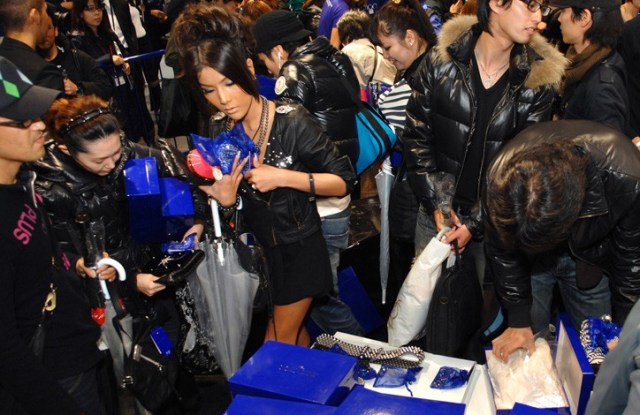 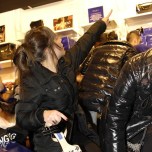 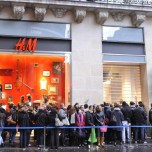 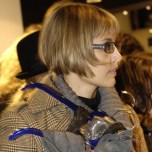 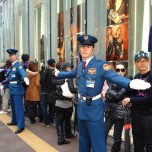 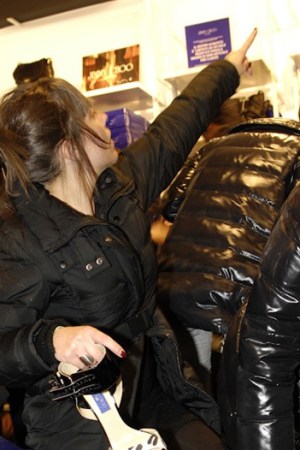 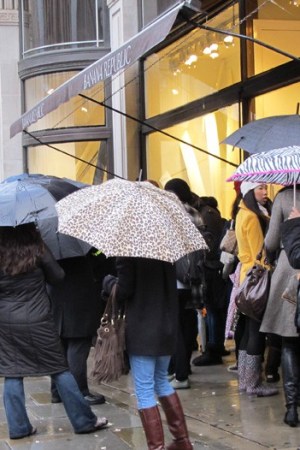 Queues outside H&M on Regent Street

The Jimmy Choo for H&M collection of accessories and apparel made its debut over the weekend with long lines at the 200 stores worldwide that carried the line.

A crowd of 1,000 waited outside H&M’s Piazza San Babila store in Milan in the rain Saturday, many since 2 a.m.; more than 800 people waited as long as 24 hours for the doors to H&M’s new Shinjuku, Tokyo, unit to open and a few even came with suitcases, and 500 people began waiting outside the Fifth Avenue flagship in New York at 8 p.m. Friday night. By dawn, the line snaked around the corner of West 51st Street to the Avenue of the Americas — the longest it’s ever been, the company said.

Five stores in Manhattan carried the Jimmy Choo collection. In addition to the Fifth Avenue store, units at Lexington Avenue and 59th Street, Herald Square, Penn Station, and 86th Street and Lexington Avenue offered the collection. The most expensive items, including above-the-knee leather boots for $299 and a leather and suede one-shoulder dress, $249, sold out almost immediately.

H&M tried some new strategies for the launch. The first VIP shopping event was held on Friday evening in various stores to accommodate “friends of H&M.” Unveiling the collection on Saturday, another first, “allowed a greater number of consumers access and streamlined the shopping experience for all,” said Jennifer Uglialoro, an H&M spokeswoman. Given the anticipation for the launch, a wristband queuing system was used to limit customers to 10 minutes while shopping for shoes, bags and accessories. Consumers were also limited to one piece per style of items from the collection.

“Jimmy Choo for H&M marks the first time a designer capsule focused primarily on accessories and proved to resonate greatly with our customer,” Uglialoro said.

By 8 a.m. Saturday, there were more than 400 people on line outside H&M’s South Coast Plaza store in Costa Mesa, Calif. At the Beverly Center in Los Angeles, where 600 shoppers stood on line, the women’s clothing was gone in 30 minutes, and footwear was gone by noon. Within several hours, each of the Southern California H&Ms reported that all the Jimmy Choo products had been sold.

The response was similar worldwide. “What’s happening is way beyond our expectations,” said Doris Klein, country manager for H&M in Italy. “This is our biggest success ever.”

About 80 percent of the collection sold out in Tokyo over the weekend, an H&M spokeswoman said.

In London, people began gathering outside H&M’s Regent Street flagship on Friday night — braving driving rain and heckling from drunk West End club goers — in anticipation of the store’s 9 a.m. Saturday opening. “I queued for 12 hours and 35 minutes, but it was worth it,” said Kate Smith, 24, one of about 500 on line. “When you want something really badly, you’ll do anything to have it.”

At the Boulevard Haussmann H&M in Paris, flamboyant television presenter Vincent McDoom was among the Paris early birds, and he completed a Christmas shopping spree in under an hour. As he prepared to leave with purple carrier bags laden with three pairs of shoes, several handbags and belts, he said, “As you can see, I come from a large family.”

The frenzy for Jimmy Choo contrasted with H&M’s muted performance in October, when same-store sales dipped 3 percent, hurt by weak sales in France, Spain and U.S. Total sales, which include new stores, rose 7 percent compared with October 2008. Sales in Scandinavia, Central Europe and Asia were satisfactory, while most other markets, primarily France, Spain and the U.S., continued to report weak sales. H&M doesn’t provide actual sales figures but only releases percentage changes for its monthly sales updates.