Retailers say business is unfolding as planned, though anxieties over the short holiday season linger.

It’s that time of the holiday season that retailers like the least — early December — when gift shopping stalls for a week or two, raising uncertainties for the remainder of the year.

But last week could have been worse.

Business did turn spotty though the dip wasn’t deep enough to deflate expectations for a healthy holiday season, seen at 4 percent ahead, on average, according to forecasts from trade organizations and retail pundits.

And the usual lull won’t be as long this year because of the compressed calendar, with six fewer days between Thanksgiving and Christmas than in 2018.

There’s a “perfect economic storm” spurring retail sales. Wages, employment and the stock market are all up while gas prices have been stable at $2.59 on average at the pumps.

Negative traffic trends at most malls continued with in-store shopping losing 3 percent market share on both Thanksgiving and Black Friday compared to the rest of November’s loss of 2 percent share, according to 1010data Credit Sales Indices. However, the brick-and-mortar decline was offset by online sales, particularly heightened mobile activity, and the barrage of extended Cyber Monday deals through last week.

“It’s unfolding the way we planned,” Michael Appel, chairman and chief executive officer of Rue21, told WWD on Monday. “We expected to have a very strong Black Friday weekend, which we did. Cyber Monday, the Sunday before and the Tuesday after were strong for us, too.

“While there’s always a lull afterward, this year it’s a week further into the selling season. Last year we had a two-and-a-half week lull. It will be a shorter lull this year. We expect [business] to open up very strong by Dec. 15. A lot of people haven’t started shopping yet. Our customer is a lower-income junior customer, girls and guys. They buy close to need.” 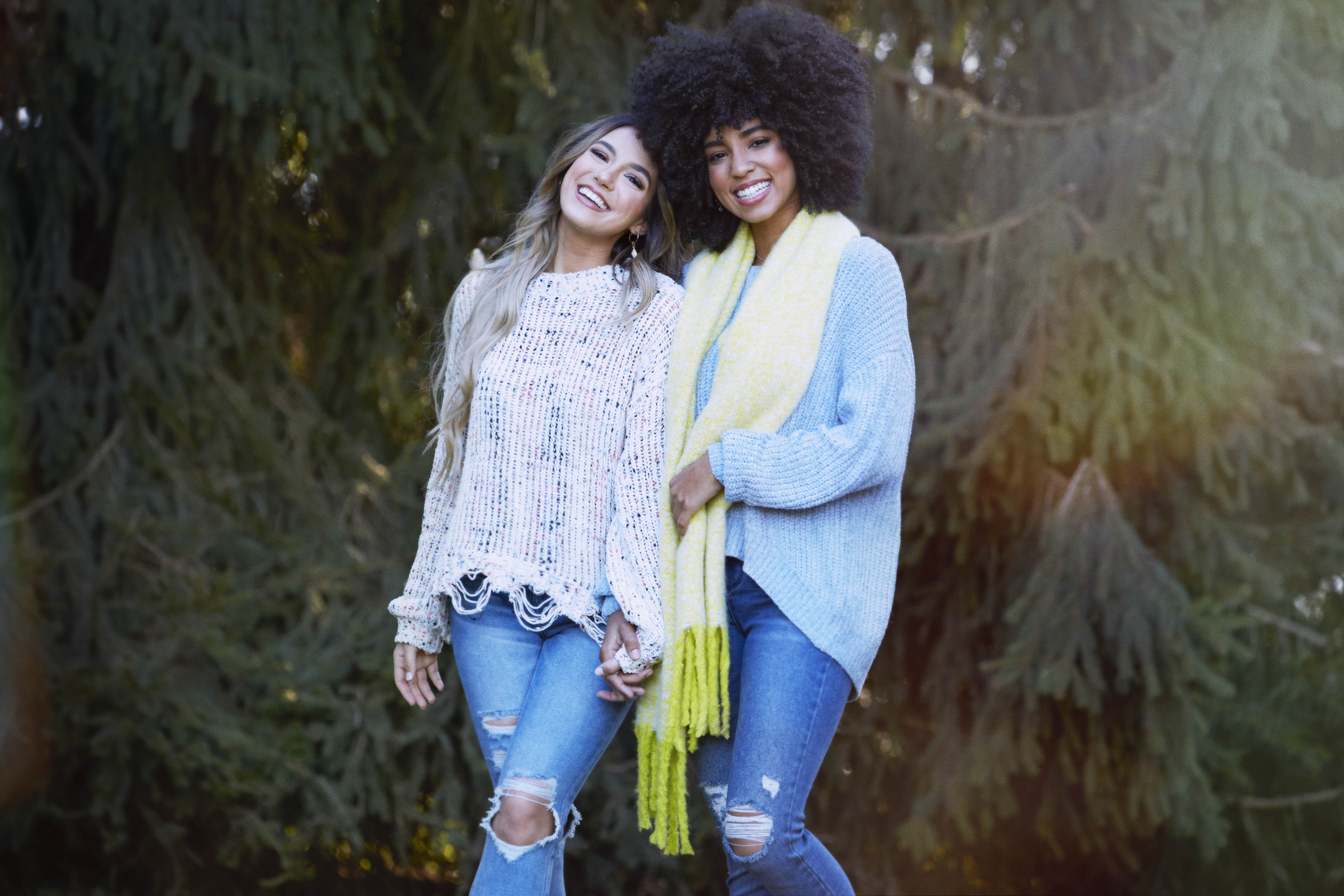 “We saw a dip Tuesday, Wednesday and Thursday and then business began picking up Friday and we had a really strong weekend,” said Mary Ellen Coyne, ceo of J.McLaughlin. Among the brand’s bestsellers were outerwear, particularly little puffers with faux-fur collars, and sweaters.

“It’s like clockwork. After the Black Friday weekend, you get the lull,” added Kevin McLaughlin, cofounder and creative director of J.McLaughlin. “Everybody out there seems anxious. They’ve been hearing six days less, but there are still plenty of days left to the season and we already see it ramping up. I am optimistic that we will come in where we want it to be.”

At Kidbox, the online format sending out seasonal boxes of baby and kids’ fashions, ordering peaked on Cyber Monday and the Sunday before and stayed “consistent” last week, according to Brandi Temple, chief operating officer.

“In the past, we’ve been mainly a subscription-box service, but this year we introduced a character box from Disney, stocking stuffers and a deals box with 10 items for $48. The ordering last week stayed very consistent because of these introductions and offering more variety to keep customers engaged. We haven’t seen a drop-off. Even up to yesterday, we were getting a lot of traction on our specialty boxes as well as subscription boxes. Going forward, we plan to introduce even more variety.”

“Black Friday and Cyber Monday were big, then suddenly it seemed like consumers decided to take a few days off,” said one top-level brand ceo. “It was mixed last week. It rained last weekend out west. The malls in L.A. didn’t seem busy. lt felt like business really softened and consumers were shopped out. There was no sense of urgency. Hopefully this week, they start to realize that Christmas is around the corner.”

“Tuesday, Wednesday and Thursday were pretty weak, but malls were OK for the first full weekend of December,” reported Craig Johnson, president of Customer Growth Partners, which dispatches observers to a variety of shopping venues around the country to gauge consumer traffic and shopping choices. “Mall traffic in the aggregate is down, though that’s offset with conversion rates picking up a point or a point and a half,” observed Johnson.

Having seen some retail momentum in the last couple of days, Johnson sounded more optimistic than other industry sources. “The early December lull hasn’t happened,” he concluded. “That’s a very auspicious sign for the balance of the season.” 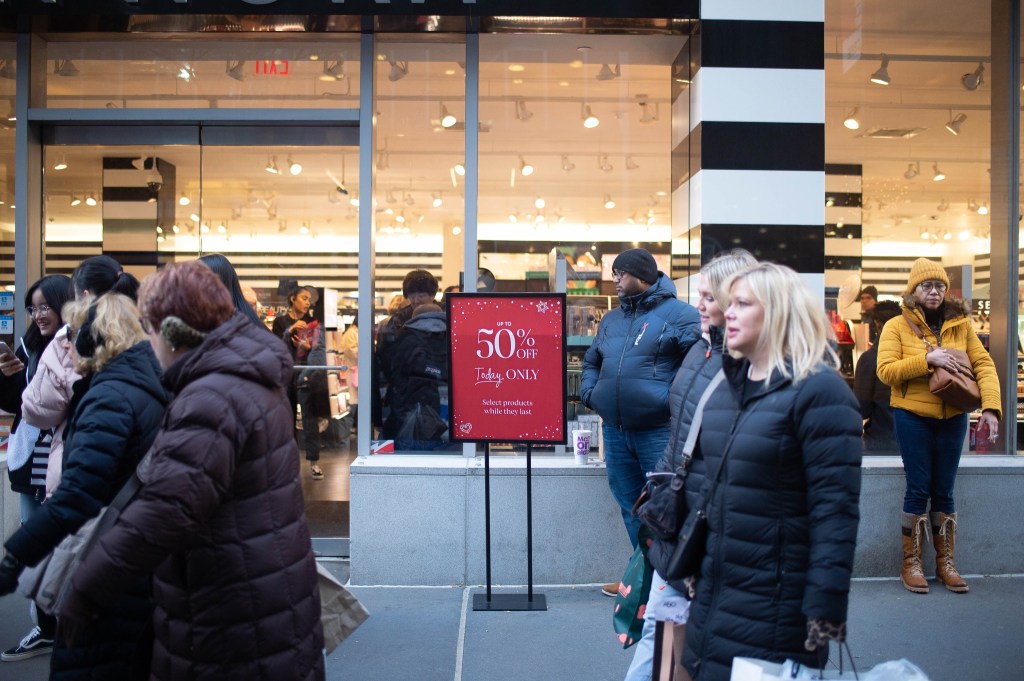 The biggest day of the year is yet to come — Super Saturday, on Dec. 21, for both online and brick-and-mortar retailing, barring any severe weather. Johnson predicts $34 billion in U.S. sales on that day, excluding restaurants, auto and gas, compared to about $31.5 billion last year. For the holiday season overall, Johnson forecasts holiday sales, online and brick-and-mortar combined, to be up 5.2 percent this year.

While Cyber Monday was strong, “Most of our clients didn’t necessarily sweeten the pot on Cyber Monday,” said Kate Klemmer Terry, chief revenue officer of Quiet Logistics, which provides storage and shipping for 53 direct-to-consumer, digitally native and omnichannel brands including Bonobos, Outdoor Voices and Mack Weldon.

“If anybody did not get quite what they wanted on Cyber Monday, they kept the offers going further into the week. It’s easy for brands to turn it off and turn it on, online,” she said. She said based on order data from certain brand clients, the drop-off in cyber sales post-Cyber Monday last week was steeper this year versus in 2018, at 74 percent this year versus 60 percent in 2018.

On the biggest volume days, Quiet Logistics can get packages out the door within 72 hours and to homes in one to three days, on average. As online order levels continue to increase, delivery speeds can be affected, and last week, Amazon sent out an apology to customers, blaming delays on UPS.

“We think it’s going to a solid season,” said Klemmer Terry, noting that on Friday the government will report November retail sales, which should add some glow to the season.

Experts see a flattening of sales through the season, with Thanksgiving, Black Friday, Cyber Monday and Super Saturday, which is the last Saturday before Christmas, still the largest volume days of the year. However, they are not as big as in past years because of all the early and extended discounting and doorbusters. Walmart, for example, launched holiday deals in late October.

Walmart Inc. and other big-box chains such as Target Corp., Best Buy Co. and Costco Corp. were said to have fared well last weekend, as did T.J. Maxx and stronger specialty chains such as Lululemon and Ulta, and Amazon. Department stores and fashion specialty stores generally have not been as busy.

One vendor source last week described business then as “spotty,” while an executive from a beauty company in New York expressed surprise that two Manhattan department store flagships were relatively quiet last week through lunch and midafternoon hours.

Still, according to Johnson’s analysis, “It was as good of an early December weekend as we have seen since December 2014, when overall sales for the year were up 5.5 percent.” 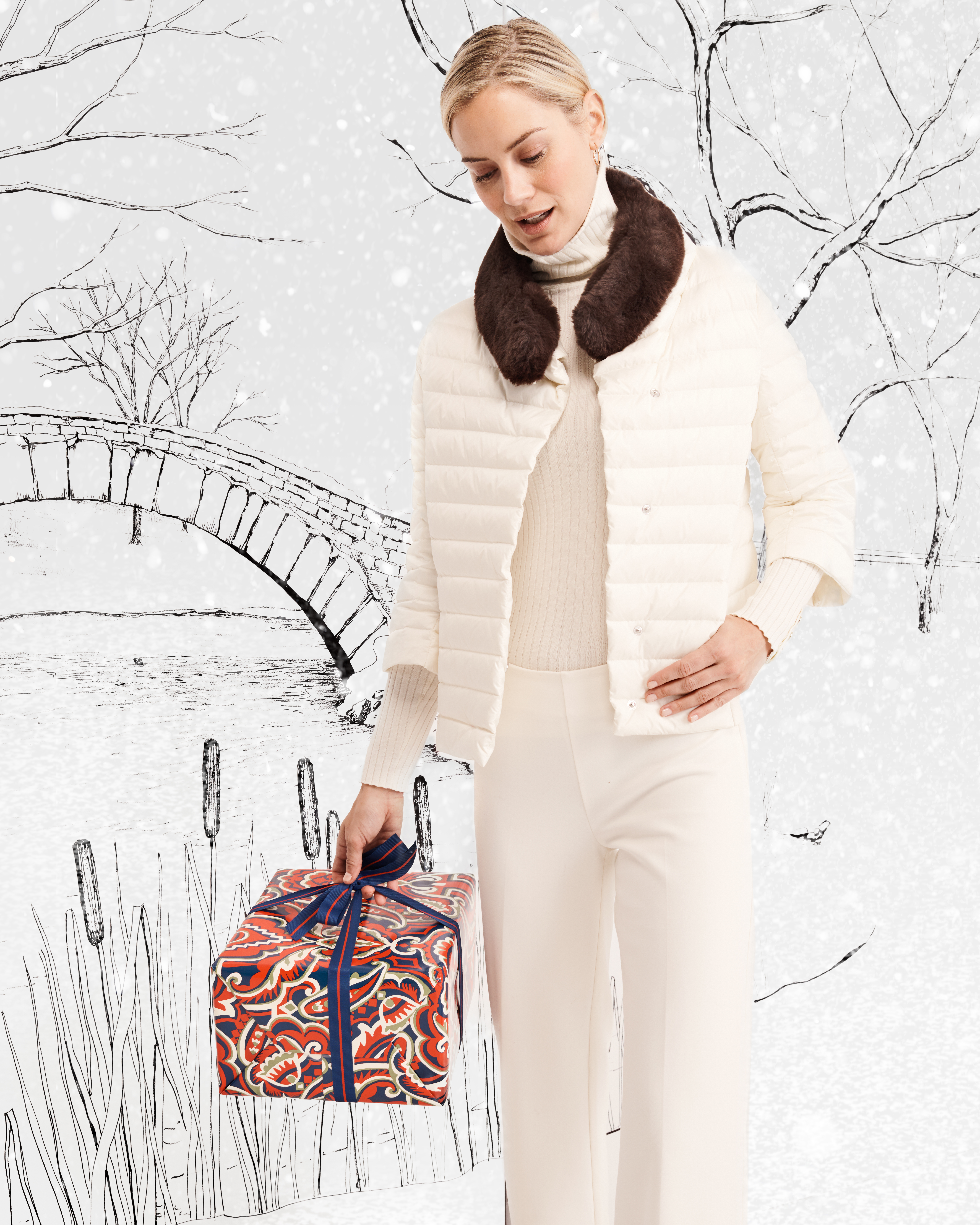 J.McLaughlin’s short puffer with faux-fur collar is a holiday bestseller.